Golf: Woods had "fun" on his return to competition

Tiger Woods said he "enjoyed" playing golf alongside his son Charlie on Saturday at the PNC Championship tournament in Florida, his first competition since his serious car accident… 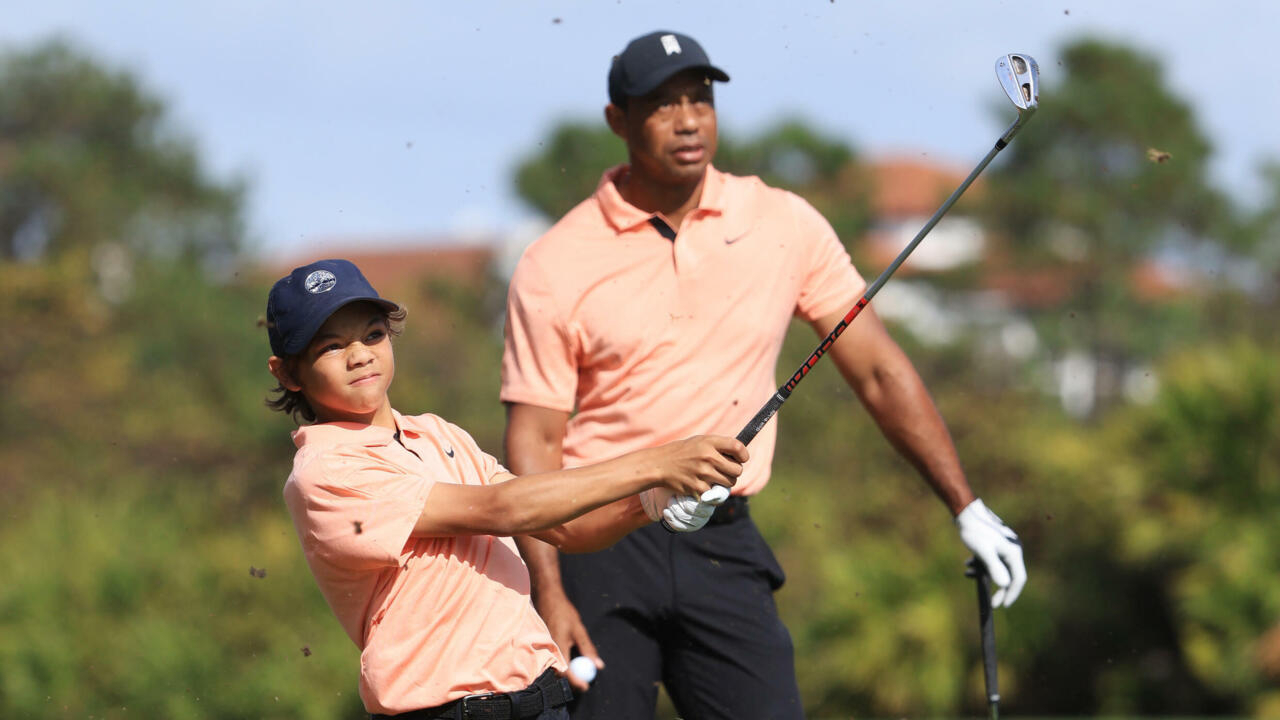 "Charlie and I had a lot of fun replaying together (...) We had a great time. It was just awesome," said Tiger Woods, who laughed and joked along the way with his son. 12 years old.

The family tandem took 7th place out of 20, last year at the same time, in this pro-am tournament reserved for 20 winners of a Major, each accompanied by a member of their family.

The former world No. 1, who was satisfied to have returned a -10 card (par 62), however admitted that the competition had been trying.

Unable to walk for a whole game, he had to use a small cart to get around.

"I have no endurance," lamented the 45-year-old American, who suffered multiple open fractures, especially in his right leg, after a car accident in Los Angeles in February.

The winner of 15 Grand Slam tournaments has indicated that his physical condition still does not allow him to take part in a high level competition like the PGA Tour.

“I'm definitely not ready for tournaments,” said Tiger Woods, who wasn't even sure he could make it to the PNC Championship a few weeks earlier.

"If I want to play at the level required by the Tour, I'm going to have to regain my stamina and hit thousands and thousands of golf balls. It just takes time," said Tiger Woods, who refuses to set a date for his return to the PGA Tour.

In 2019, after eleven years of major shortage, and several major operations, back and knee, Tiger Woods won his 5th Augusta Masters, his 15th Grand Slam tournament, then tied the record for the number of titles on the PGA Tour (82) until then owned by only Sam Snead.

According to Tiger Woods, this latest injury is the most serious of his entire career.

The PNC Championship, which has 20 teams and takes place over two rounds, ends on Sunday.