Egypt.. Life imprisonment for the former acting Brotherhood guide in the case of "communication with Hamas"

The Supreme State Security Criminal Court in Egypt has sentenced Mahmoud Ezzat, the former acting guide of the Muslim Brotherhood, to life imprisonment after being convicted in the case of “collaboration with Hamas.” 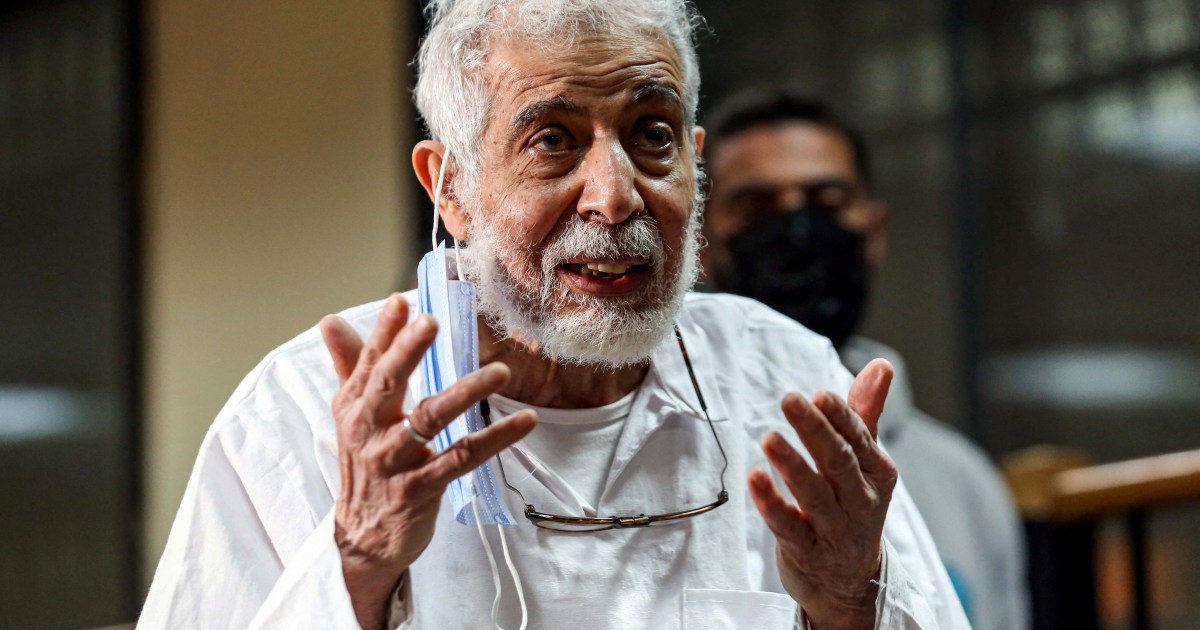 The court convicted Ezzat, 77, of participating in the case known in the media for storming the eastern border. The court also found him guilty of collaborating with the Islamic Resistance Movement (Hamas).

Ezzat had previously been sentenced in absentia in the summer of 2015 to death by hanging in the case of communicating with foreign organizations, and after his arrest in August of last year, the judiciary decided to retry him.

And Egyptian media published a video of the moment when the First Circuit endorsed terrorism in the Cairo Criminal Court headed by Counselor Mohamed Sherine Fahmy, the life sentence against the former leader of the Muslim Brotherhood.

Ezzat has the right to appeal before the Court of Cassation (the highest court of appeals) against the sentence issued against him as stipulated by law.

In the context of the same case of communicating with Hamas, verdicts were previously issued against other leaders of the Muslim Brotherhood, including the late President Mohamed Morsi.

According to the Egyptian Middle East News Agency, the Public Prosecution had charged Mahmoud Ezzat and the other defendants with “communicating with foreign organizations outside the country in order to commit terrorist acts inside the country, disclosing the country’s defense secrets to a foreign country and those working in its interest, financing terrorism, and military training to investigate the purposes of the international organization of the Brotherhood, and to commit acts that undermine the country’s independence, unity and territorial integrity.”

The defendants in the case denied the charges against them.

Mahmoud Ezzat assumed the position of acting guide of the group in August 2013, after the arrest of the guide, Muhammad Badi, days after the dispersal of the sit-ins at Rab’a and al-Nahda squares.