Ethiopia refuses to cooperate with the UN investigation committee on "violations" in Tigray, and the US is concerned about the continuation of abuses

The Ethiopian Foreign Ministry announced its refusal to cooperate with the United Nations-approved investigation committee on violations in the Tigray region, while the US State Department expressed concern about reports of new violations. 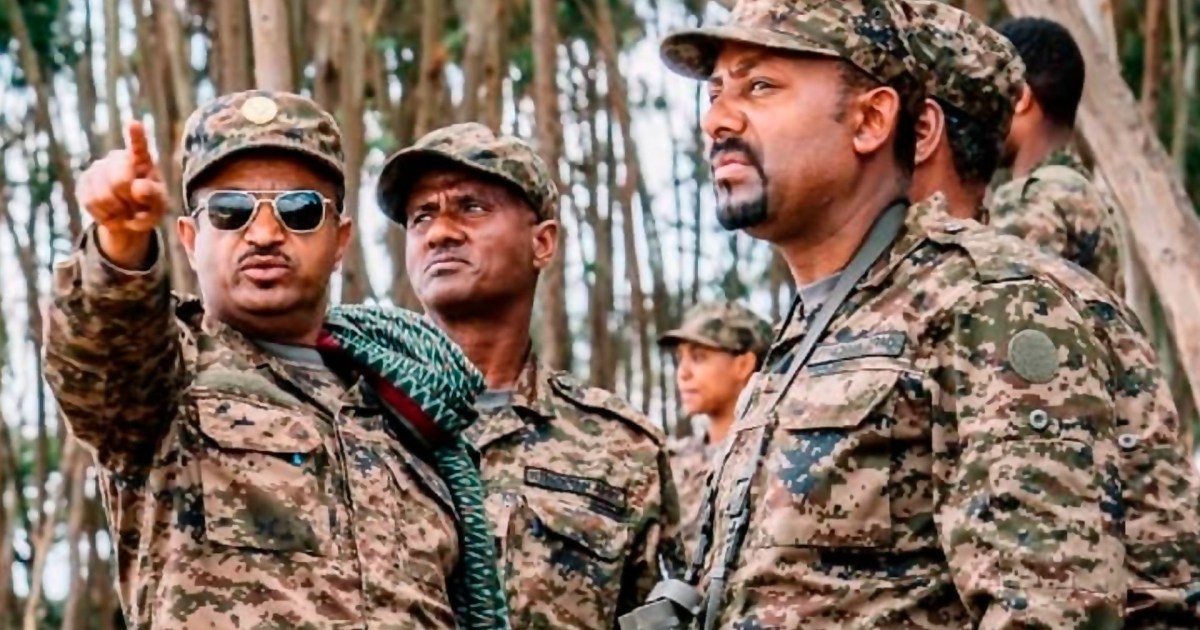 The Ethiopian Foreign Ministry announced its refusal to cooperate with the United Nations-approved investigation committee into violations in the Tigray region (in the north of the country), while the US State Department expressed concern about reports of new violations by Amhara forces against the people of Tigray region.

The Ethiopian Foreign Ministry said - in a statement - that Addis Ababa is deeply disappointed, as it has once again witnessed the use of the Human Rights Council by some to advance their politically motivated agenda.

She added that the approval of the Human Rights Council to set up a commission to investigate alleged violations in Tigray is an attempt to find an alternative way to interfere in the internal affairs of a sovereign state and serves no purpose other than to aggravate the situation on the ground.

"Ethiopia will not cooperate with the commission imposed on it against its consent," it added, and reaffirms its commitment to continue its efforts to fulfill its obligations under international law to respect and protect human rights.

Yesterday, the United Nations Human Rights Council agreed to open an international investigation into the suspected violations and abuses of human rights in Ethiopia.

The Council called on the parties to the conflict in northern Ethiopia to stop the fighting, denouncing hate speech and incitement to violence by federal and local authorities as well as by other public figures.

The council (consisting of 47 countries) voted in favor of a draft resolution to establish an international commission of inquiry from experts in human rights, with the approval of 21 countries, 15 against, and 11 abstentions.

According to the decision, the new committee should consist of 3 experts in the field of human rights, all of whom will be appointed by the President of the Human Rights Council.

On the third of last November, a joint report issued by the Ethiopian Human Rights Commission and the United Nations Human Rights Office stated that "all parties to the conflict in the African country have committed violations, some of which may amount to war crimes and crimes against humanity."

In turn, Nada Al-Nashef, the Deputy High Commissioner for Human Rights, said that it is possible that more than 400,000 people in Tigray are living in famine-like conditions.

Al-Nashef added - during a speech before the council - that this is due to the fact that only limited relief aid has been allowed to enter the region, since last June.

For its part, the US State Department said it was deeply concerned about the new "unconfirmed" reports alleging that the Amhara forces had mass-detained, killed and forcibly expelled the Tigrayans in the western region.

The Foreign Ministry called on the leaders of Amhara to renounce violence against civilians, and renewed its call for Eritrea to withdraw its forces from Ethiopia.

The US State Department urges the Ethiopian authorities to investigate these reports, to determine their authenticity, and to adhere to comprehensive and transparent processes to hold those responsible to account.

It called on all armed actors in Ethiopia to renounce and end violence against civilians, and reiterated its call for a cessation of hostilities and an immediate end to human rights violations.

It also called for negotiations without preconditions, unhindered humanitarian access, and the initiation of an inclusive national dialogue.

War broke out in Ethiopia in November 2020 when Prime Minister Abiy Ahmed sent the army into Tigray province to control local authorities emanating from the Tigray People's Liberation Front after they were accused of attacking an Ethiopian army barracks.

But after the rebels suffered losses, they scored surprising victories, regaining control of most of Tigray by last June before advancing into the neighboring Amhara and Afar regions.

Fears of the rebels' encroachment on the capital, Addis Ababa, prompted countries such as the United States, France and Britain to urge their citizens to leave Ethiopia as soon as possible, although Abi Ahmed's government confirmed that the city was safe.

The conflict has killed thousands of people, displaced more than two million people, and pushed hundreds of thousands to the brink of starvation.