The day after the match stopped at 1-1 between Paris FC and Lyon due to new incidents in the stands, the Coupe de France resumed its rights on Saturday with the qualification for the round of 16 in Nante ... 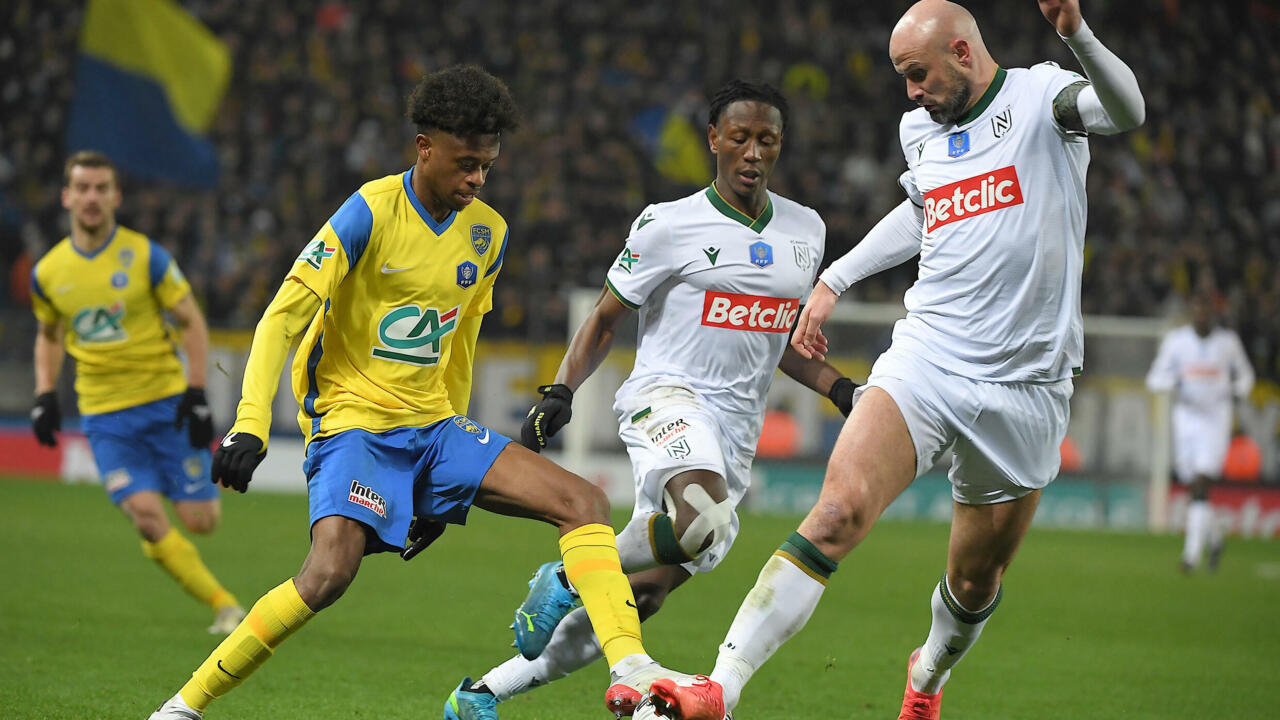 The meeting between the amateurs of the JSCBA Nîmes (Regional 2) and Clermont (L1) was however briefly interrupted in the 76th minute for eight minutes after some overflows, which led to the deployment of CRS.

The joy of Clermontois after a goal scored against JSCBA Nîmes, during their 32nd final of the Coupe de France, December 18, 2021 at the Stade des Costières Sylvain THOMAS AFP

After several calls for calm, the match resumed and ended with the qualification without surprise of Clermont (4-0).

Sochalian Christophe Diedhiou was the only one to miss his attempt.

Nancy, last of L2, signed the first feat of these 32nd by dropping Troyes (L1) at the Stade de l'Aube.

The Nancéiens had managed to equalize by Jung (63rd) when they were already outnumbered.

During the penalty shootout, Suk and Larouci missed their shots.

Nancy's players run to congratulate their goalkeeper at the end of the penalty shootout, won in Troyes in the 32nd final of the Coupe de France, December 18, 2021 FRANCOIS NASCIMBENI AFP

In a poster between Ligue 2 clubs, Amiens won his ticket by going to beat Guingamp 3-2 thanks to a hat-trick from Akolo.

The Picard club led 3-0 before being scared in the second period, but it has not lost for two months after a complicated start to the season in the league.

In another confrontation between clubs in the second division, Toulouse outclassed Nîmes 4-1 thanks in particular to a brace from Ado Onaiwu, also author of an assist.

Toulouse, second in Ligue 2, and Nîmes, tenth, will meet on Tuesday in the league.

Current barrage in Ligue 2, Bastia also continues its course in the Cup by eliminating 3-1 Hauts Lyonnais, club of National 3.

At the start of the evening, the reigning French champion Lille receives Auxerre (L2) (6.30 p.m.) before the Breton derby between Rennes and Lorient (9 p.m.).