A new puzzle for motorists. Three years after the change to 80 km / h, 37 departments have decided to raise the maximum authorized speed to 90 km / h. Where do you still have to drive at 80 km / h? How to navigate? Europe 1 takes stock with Pierre Chasseray, general delegate of the 40 million motorists association. &amp; Nbsp; 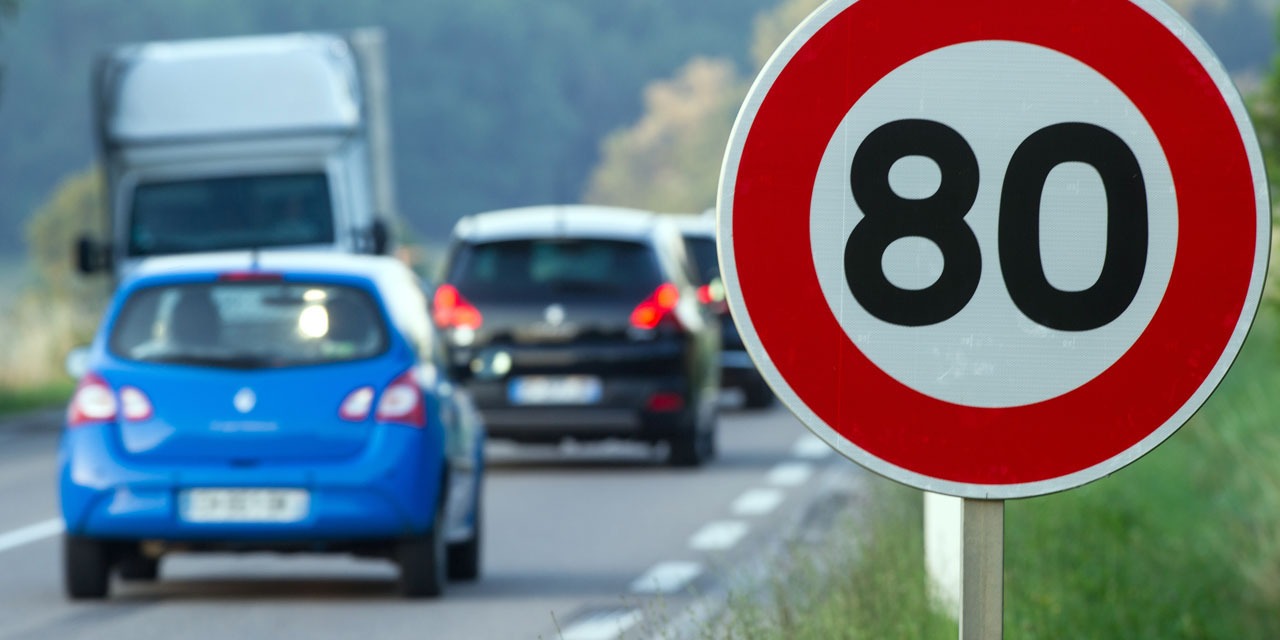 A new puzzle for motorists.

Three years after the change to 80 km / h, 37 departments have decided to raise the maximum authorized speed to 90 km / h.

And for good reason, 37 departments have chosen to return to 90 km / h, only three years after lowering the speed to 80 km / h.

Which departments are affected?

Only a few hours before the big departure for the Christmas holidays, Europe 1 takes stock of the speed limit with Pierre Chasseray, general delegate of the 40 million motorists association.

Large areas emerge when we look at the map of departments, unveiled Wednesday by the Ministry of the Interior.

The most rural areas, in the heart of France, are ironed at 90km / h.

And this is not surprising: these departments do not always have highways and are far from the concerns of large cities.

"These departments are extensive, predominantly rural, with a very low population density," notes a report from the Ministry of the Interior, published last September.

In total, 33,428 kilometers of roads are concerned, over portions ranging from 5,284 kilometers in the Allier to 22 kilometers in the Haut-Rhin. For Pierre Chasseray, this decision is "common sense" because "accident statistics remain the same at 90 km / h". The effects of the return to 90 km / h on road mortality have however been measured in a very heterogeneous way, making it impossible to draw up an assessment, especially since the year 2020 saw declining traffic figures, due to the fact that of the health crisis.

A first report published in July 2020 affirmed that the reduction in the authorized speed had saved 349 lives over 20 months and saved 700 million euros per year (reduction in accidents, lower fuel consumption), for a travel time increased by just one second per kilometer on average.

The 80 km / h never accepted by the French

The 40 million motorists association nevertheless wishes to return to the 90 km / h rule, to simplify the lives of motorists who "denounce the incessant variations in speed limits". "We want to launch an audit of speed limits and road infrastructure in France. It will make it possible to identify black spots, areas where, potentially, we can even lower to 70 if the 90 is too high. But 80, it is is a limitation that looks like nothing, that has never been accepted by the French, "argues Pierre Chasseray.

If the general delegate of the 40 million motorists association recognizes that it is less dangerous to have an accident at 80 km / h, he believes that we cannot "apply a mathematical formula to behavior".

"When the roads were at 90 km / h, the French were traveling at an average of 82 km / h. Now that the limit is 80 km / h, guess what the French are doing? They are still driving at 82 km / h, c 'that is to say that the French have not drastically modified their road behavior ".