Illegal bangers are pouring into the country - doubled seizures

During the autumn, the Swedish Customs seized more and more powerful and dangerous firecrackers. Since September alone, 15,000 firecrackers and other illegal fireworks have been seized, many of them so-called bangers. In Skåne, a total of 1632 pyrotechnic products have been stopped at customs. 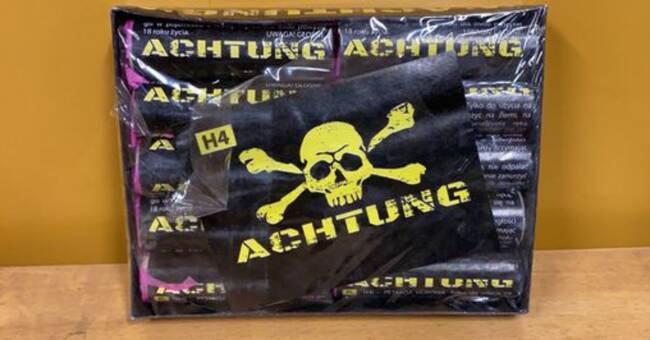 - The fact that we have seized more illegal firecrackers indicates that many orders are being placed.

One should know that bangers are not ordinary fireworks.

We really want to warn them, especially during New Year when there are a lot of people out celebrating, says Martin Petersson, head of the Swedish Customs' control department.

The bangs are often ordered online from countries where they are legal to sell.

But not everyone knows that they are illegal to bring into Sweden.

3 of 4 fittings are bangers

About three out of four of the seizures are so-called bangers.

- Some bangers are powerful as explosive charges and can cause very serious injuries.

We know that they are used by criminals, but they are also ordered by others who may not have understood that they are illegal, says Martin Petersson