He was preparing an attack on a journalist: a supporter of a Ukrainian neo-Nazi group was detained in the Rostov region

A supporter of the neo-Nazi youth group "MKU", created by the Ukrainian Yegor Krasnov, was detained in the Rostov region. According to the FSB, a citizen of the Russian Federation born in 1979 was preparing a violent action against a journalist specializing in materials on Ukrainian issues. 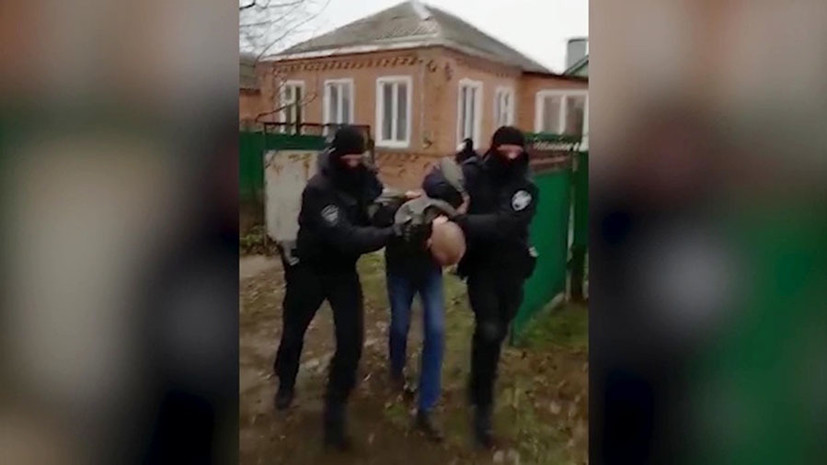 A supporter of the Ukrainian neo-Nazi radical youth group MKU, who was planning an attack on a journalist, was detained in the Rostov region.

"The Federal Security Service, in cooperation with the Ministry of Internal Affairs in the Rostov Region, detained a Russian citizen born in 1979, who was involved in the preparation at the direction of the leader of the neo-Nazi radical youth group" M.K.U. ", citizen of Ukraine Yegor Krasnov, for a violent action against a representative of the Russian media , specializing in the preparation of journalistic materials on Ukrainian issues, "- said in the message.

It is noted that the detainee was seized with components for the manufacture of improvised explosive devices, communication equipment and personal records with instructions for their assembly and use, as well as a significant amount of propaganda materials of an extremist nature.

"Based on the results of verification activities and forensic investigations, it is planned to make a procedural decision," the FSB added.

Earlier it was reported that the group "M.K.U."

was created by a citizen of Ukraine born in 2000 Yegor Krasnov, acting under the auspices of the Ukrainian special services.

On December 13, FSB officers in 37 constituent entities of the Russian Federation identified 106 supporters of this Ukrainian neo-Nazi youth group.

At the same time, two of those arrested are suspected of preparing armed attacks on educational institutions.

In addition, the criminal activities of those affiliated with "M.K.U."

two extremist groups in the Penza region and the Komi Republic.

Also on Friday, December 17, officers of the FSB of Russia, in cooperation with the Ministry of Internal Affairs of the Russian Federation, with the military support of the Russian Guard, suppressed the activities of a supporter of the international terrorist organization "Islamic State" *.

He was detained as a result of a special operation in the hostel of the Russian Technological University (MIREA).

According to the FSB, the detainee made "attempts to involve students in religious extremist and terrorist activities."

It is noted that he has repeatedly justified the activities of IS supporters and promoted their ideology on the Internet, distributed materials aimed at forming a negative attitude towards traditional forms of Islam, as well as other religions.

In addition, he called for an armed struggle to establish a caliphate in Iraq and Syria by the forces of the "Islamic State".

“On this fact, the SU for the HLW Main Investigative Directorate of the Investigative Committee of Russia in the city of Moscow initiated a criminal case on the grounds of a crime under Part 2 of Art.

205.2 of the Criminal Code of Russia "Public calls for terrorist activities or justification of terrorism."

Earlier, on December 3, a supporter of the Islamic State was detained in Kalmykia, who had sworn allegiance to a terrorist organization through an audio message.

In late October, an active supporter of IS was eliminated on the outskirts of the town of Kandalaksha in the Murmansk region.

He planned to carry out terrorist attacks on military installations in the region at the direction of foreign emissaries of the terrorist organization.

“When trying to detain a criminal, at the moment he removed an improvised explosive device from a cache previously equipped on the outskirts of the city of Kandalaksha, the latter put up armed resistance to the FSB of Russia and was destroyed by retaliatory actions.

There are no casualties among the civilian population and law enforcement officers, ”the press service reported.

Also that month, an attempt to commit a terrorist attack on the transport infrastructure of the Stavropol Territory using an IED was prevented.

An IS supporter was detained by FSB officers.

"During the search at the place of residence of the detainee, explosives and damaging elements purchased by the bandit for the manufacture of IEDs were found and seized," the department reported.