Last year, 38 degrees was measured in Siberia. The record temperature is now confirmed by the UN meteorological organization WMO, which is alerting to climate change. The Arctic is warming more than twice as fast as the average for the rest of the world. 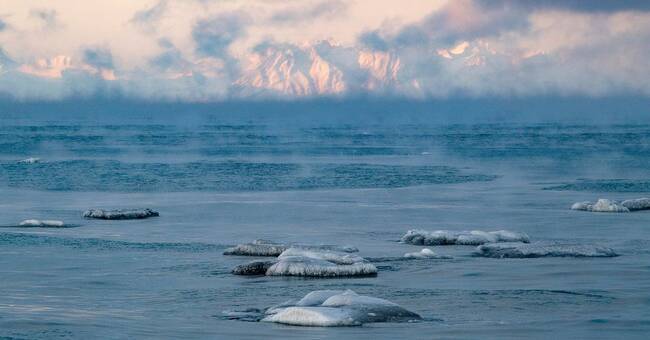 The temperature of 38 degrees was measured on June 20 last year in the Russian city of Verkhoyansk, and was recorded as the highest temperature so far north of the Arctic Circle, according to WMO.

The temperature, which WMO considers to be "more suitable for the Mediterranean than the Arctic", was measured at a meteorological station during a prolonged heat wave.

This is the first time that the organization has added a heat record in the Arctic to its statistics on extreme weather events.

As this is a new category in the statistics, there is no previously UN-verified record, but no higher temperatures have been measured there so far, according to WMO.

"This new Arctic record is one of several observations reported to the WMO's archive for extreme weather and climate events that ring in the warning bells that our climate is changing," said WMO chief Petteri Taalas in a statement.

Verkhoyansk is just over 110 km north of the Arctic Circle and temperatures have been measured there since 1885.

The average temperatures in Siberia measured during large parts of the summer of 2020 were up to 10 degrees above normal, which contributed to fires and loss of ice masses.

Last year, another heat record, 18.3 degrees, was also recorded for Antarctica at the South Pole.

WMO's experts are currently working to verify the new temperature record for Europe - 48.8 degrees - which was reported from the Italian island of Sicily last year, and also the 54.4-degree recordings both 2020 and 2021 in the world's warmest place, Death Valley in California, USA.

According to Petteri Taalas, this is the first time WMO has so many investigations underway at the same time.

Dying coral reefs, melting ice in the Arctic and more forest fires are some of the expected consequences of global warming.

The lowest temperature so far measured north of the Arctic Circle was -69.9 degrees and was reported on December 22, 1991 in Greenland.