The humanitarian situation in the country is dramatic. Health structures that face six epidemics are collapsing 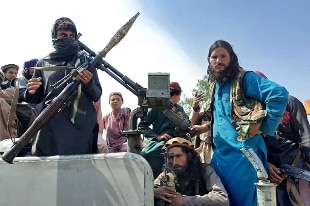 December 14, 2021 The UN today expressed concern over the "extrajudicial killings" of former members of the Afghan security forces and other members of the former government in Afghanistan, arguing that 72 of these are attributable to the Taliban, now in power in Kabul. .

"Between August and November, we received credible allegations of more than 100 executions of former members of the Afghan National Security Forces and other associates of the former government, of which at least 72 were attributed to the Taliban," said the Deputy High Commissioner for human rights Nada Al-Nashif to the United Nations Human Rights Council.

"I am alarmed by the continuing reports of extrajudicial executions across the country, despite the general amnesty announced by the Taliban after August 15," she added. "In several cases, the bodies were exposed in public. This exacerbated the fear in a significant part of the population, "said Nada Al-Nashif. Furthermore, he added, "in Nangarhar province alone, at least 50 extrajudicial executions of people suspected of belonging to IS-K seem to have been carried out", the Islamic State - Khorasan.

The United States and its Western allies have already spoken in early December, saying they are "concerned" about the "summary executions" of former members of the Afghan security forces by the Taliban regime, revealed by human rights organizations. These countries have called for a swift opening of investigations. The NGO Human Rights Watch released a report documenting the "killings or disappearances of 47 former members of the Afghan National Security Forces who surrendered or were arrested by Taliban forces between August 15 and October 31". But the Taliban they rejected these accusations, deemed "unfair". There have been cases of killings of former members of the security forces "from the government overthrown last summer", but "due to rivalry or personal enmities, "said the spokesman for the Taliban interior ministry, Qari Sayed Khosti.