The document, drawn up by Niger and Ireland, established a generic link and was supported by 12 of the 15 members of the UN Security Council 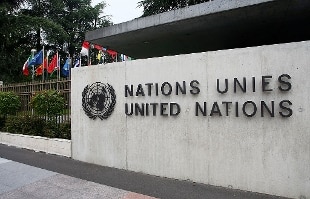 December 13, 2021 Russia vetoes the resolution linking global warming and international security. The draft resolution, drawn up by Niger and Ireland, established a generic link and was supported by 12 of the 15 members of the UN Security Council. The text called on Secretary General Antonio Guterres to "integrate climate-related security risks as a central element in the overall conflict prevention strategies of the United Nations". India (which has no veto right) also voted against, stating that global warming is not linked to an international security problem but to economic development. On the other hand, China abstained.

The Russian ambassador to the United Nations, Vassily Nebenzia, rejected the resolution as "unacceptable", because it can create confusion.

Russia does not dispute the whole as much as the fact that each country must be examined individually.

France reiterated that "there is a clear line between global warming and security when access to water, famine or climate insecurity allow armed groups to thrive".

The Secretary General, Antonio Guterres, added that "even if the climate change factor is not the source of all evils, it certainly has a multiplier and aggravating effect of the instability of the territories, conflicts and terrorism".