Emmanuel Macron is going to Budapest on Monday. This is the last stop on his tour of the 27 before assuming the presidency of the European Union. During this trip to Hungary, a first p… 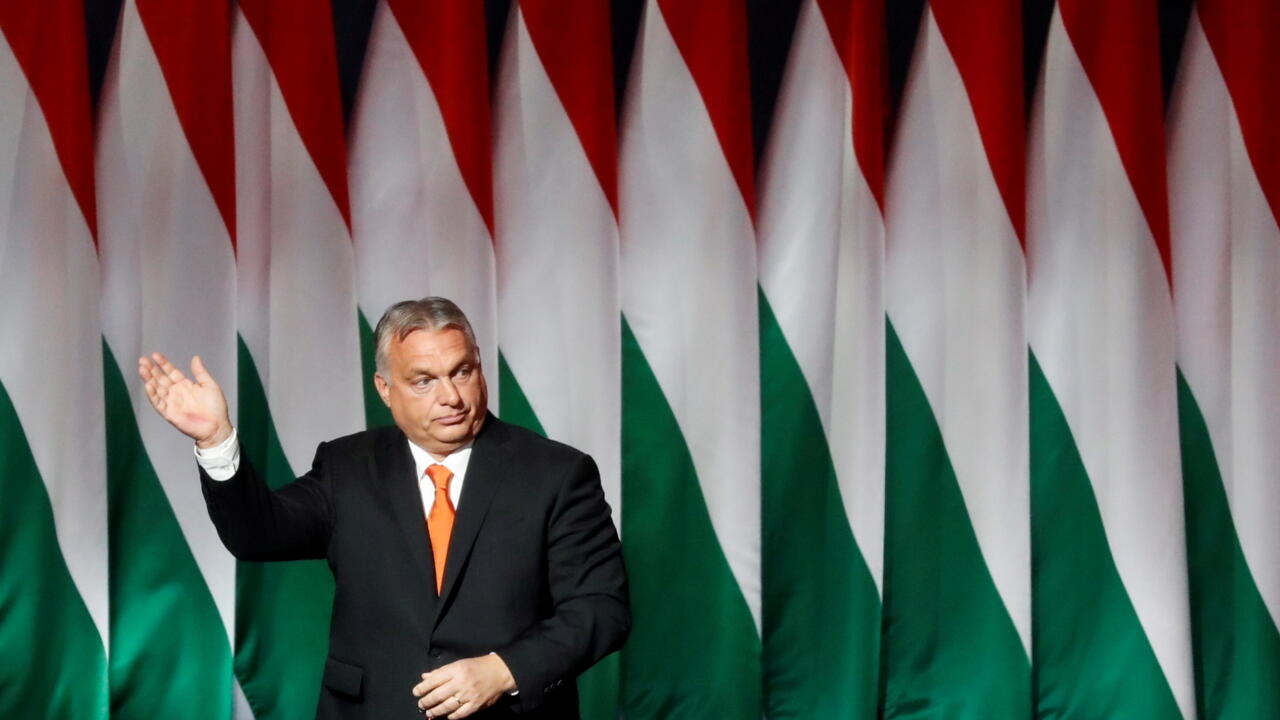 Emmanuel Macron meets, Monday, December 13, in Budapest with Hungarian Prime Minister Viktor Orban, his opponent in the EU on the values ​​side but a potential ally on subjects such as investments, nuclear or European defense, on the program of the French presidency.

This trip, the first by a French head of state since 2007, takes place within the framework of a summit of the countries of the Visegrad group (Hungary, Poland, Czech Republic, Slovakia).

"We must work together for our Europe"

"He is a political opponent, but a European partner," said Emmanuel Macron on Thursday, who thus completes his tour of the 26 other capitals of the European Union.

"Whatever our political sensitivities, our choices, we must work together for our Europe".

Viktor Orban has however often been cited by Emmanuel Macron as the leader of a nationalist and sovereignist camp in the EU, to which he opposes that of the "progressive" Europhiles.

As Gulliver Cragg, correspondent for France 24 in Eastern Europe, describes it, the Hungarian Prime Minister is really "a problem for the European Union and has been for several years because of his failure to respect the democratic values ​​of the bloc, the separation of powers and its grip on the entire state apparatus and the media ".

"There are also many international institutions which no longer classify Hungary as a true democracy. Hungary was the only country in the European Union not to have been invited to the summit of democracies recently organized by US President Joe Biden" , adds our journalist.

Attacks on the rule of law and on EU values

With Poland, Hungary has thus adopted several laws contested in Brussels, in particular a text prohibiting the representation of homosexuality among those under 18. And like Warsaw, it challenges the supremacy of European law over national law. In response, the Commission launched several procedures against them for undermining the rule of law and the values ​​of the EU, in particular a mechanism of "conditionality" of European aid, which blocks the payment of stimulus subsidies.

"If Emmanuel Macron wants to be the bearer of a strong Europe, Viktor Orban is really the antithesis of all this. What he would like is not to really have to respect the values ​​of the bloc, but to continue to receive the funds of the bloc. There is also another problem that emerges more and more when we talk about Hungary, it is corruption and the appropriation by the friends and relatives of Viktor Orban of European funds ", says Gulliver Cragg.

But these subjects "are not necessarily linked" to the agreements that can be found on digital sovereignty, the strengthening of defense Europe, a European investment budget or even industrial alliances, argued the French presidency.

The two leaders had already found common ground when Emmanuel Macron received Viktor Orban in October 2019, in particular on border protection and the need for European defense.

Meetings with the Hungarian opposition

The Élysée assures, however, that the French president will speak on points of disagreement and is "not in the habit of dodging", while the Hungarian LGBT + community called on him to raise the issue during his meeting with Viktor Orban, in an open letter to the French magazine Têtu.

"There are a lot of problems with Hungary and Emmanuel Macron intends to mark it quite clearly. When he arrives in Budapest, he will first visit the grave of Agnes Heller who was a very Hungarian philosopher. criticism of Viktor Orban. The President of the Republic also intends to meet the Hungarian opposition, even if he is here for a day ", describes Gulliver Cragg.

He will thus meet Gergely Karacsony, the mayor of Budapest, as well as other representatives of the anti-Orban parties including Peter Marki-Zay, the sole opposition candidate who hopes, in the legislative elections of April 2022, to overthrow the Hungarian Prime Minister. , in power since 2010. This makes him the longest serving EU leader since Angela Merkel left.

"Mr. Macron, the Hungary that you are about to visit is indeed a country ruled by the extreme right", called out the mayor of a district of Budapest, the sociologist Gabor Eross, denouncing "the generalized corruption, the anti-LGBT +, electoral fraud, the oligarchization of the economy and the massive repression of civil society ".

By receiving Emmanuel Macron after having recently rolled out the red carpet to Marine Le Pen or Éric Zemmour, two far-right French personalities who are running for the presidency, "Viktor Orban can demonstrate his European importance" well beyond the weight of his country of 9.8 million inhabitants, explains Eszter Petronella Soos, a Hungarian political scientist specializing in France, to AFP.

And at the bilateral level, "despite the differences between a liberal Emmanuel Macron and a conservative Viktor Orban, important points of cooperation exist, for example on energy policy between these two supporters of nuclear power", comments Daniel Deak, pro-Orban analyst at the Hungarian Institute of the 21st Century.