After a ministerial meeting in Riyadh, the inauguration of a political consultation mechanism between Egypt and the Gulf states

Yesterday, Sunday, Egyptian Foreign Minister Sameh Shoukry participated for the first time in a Gulf ministerial meeting in the Saudi capital, Riyadh, to launch an institutionalized political consultation mechanism between Cairo and the six Gulf capitals. 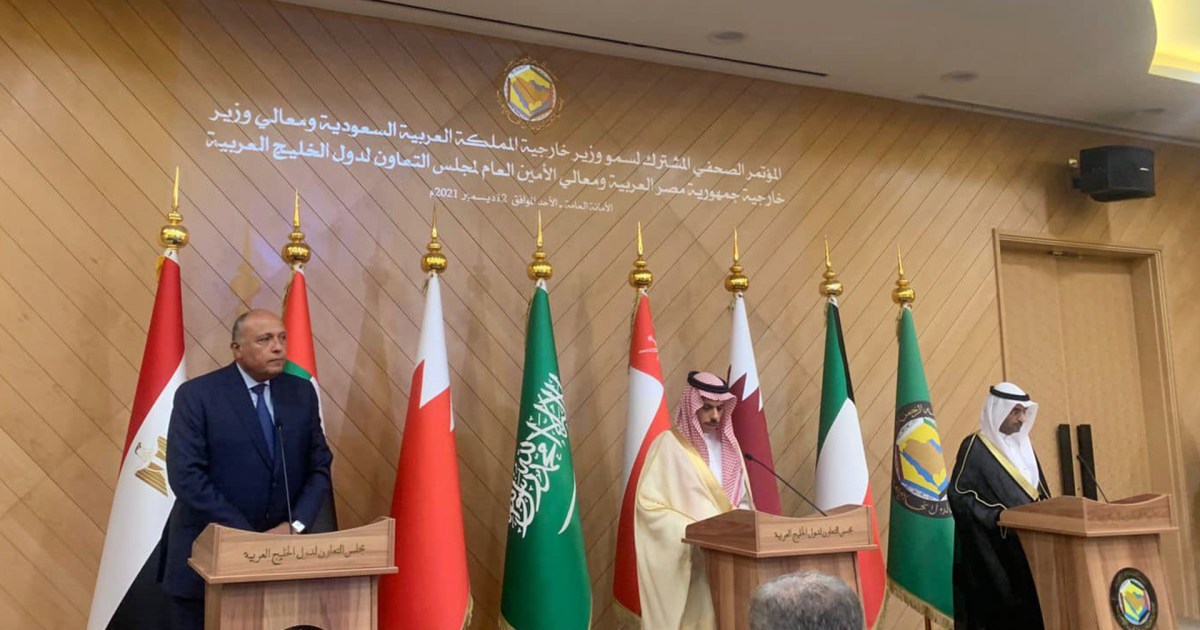 Yesterday, Sunday, Egyptian Foreign Minister Sameh Shoukry participated for the first time in a Gulf ministerial meeting in the Saudi capital, Riyadh, to launch an institutionalized political consultation mechanism between Cairo and the six Gulf capitals, according to a statement issued by the Cooperation Council for the Arab States of the Gulf.

For its part, the Egyptian Foreign Ministry said - in a statement - that Egypt's participation for the first time in this meeting by inaugurating the political consultation mechanism with the GCC states reflects the strong relations and the common destiny that unites the two sides, as well as the need to intensify coordination and consultation between them during the next stage.

During a press conference that followed the meeting, Shoukry expressed his aspiration that the consultative framework would contribute to the stability of the region, noting that the consultative coordination framework that was launched will have mechanisms at the level of ministers and senior officials, and will be held periodically to discuss all issues.

For his part, Saudi Foreign Minister Faisal bin Farhan said - during the same press conference - that coordination is continuing and an essential element between the Gulf states and Egypt and it is not new, but what has been done is the institutionalization of what is existing.

These ministerial discussions come before the forty-second Gulf summit to be held in Riyadh, tomorrow, Tuesday, and will be the first after the completion of a Gulf reconciliation at the previous summit hosted by Saudi Arabia, on the fifth of last January, and witnessed an end to a severe political crisis that erupted in mid-2017, and cut off During which Saudi Arabia, the UAE, Bahrain and Egypt maintained relations with Qatar for allegedly supporting terrorism, which Doha strongly denied.

The Cooperation Council for the Arab States of the Gulf - which was established in 1981 - includes 6 countries (Qatar, Saudi Arabia, the Emirates, Bahrain, Kuwait and the Sultanate of Oman).

On the other hand, Egyptian Foreign Minister Sameh Shoukry was keen to point out that his meeting with the foreign ministers of the Gulf Cooperation Council stressed the need to preserve Egyptian water interests and the deep appreciation of the core issue of the Renaissance Dam for Egypt.

During a telephone interview with the “Al-Hekaya” program presented by Amr Adib on the Saudi-owned MBC Egypt channel, Shoukry said that the meeting also discussed developments in Ethiopia and the situation in Sudan, in addition to discussing developments in Libya, Syria and Yemen. and Afghanistan, as well as discussing ways to achieve stability, enhance economic cooperation, and confront terrorism.

Shoukry pointed out that Egypt and the GCC countries are continuing to formulate a common vision that supports all issues and challenges facing the Arab region, targeting the Arab world and strengthening solidarity, support and joint action among all Arab countries.

The Minister of Foreign Affairs pointed out that the talks yesterday, Sunday, emphasized the importance of strengthening the institutions of the Libyan state and the exit of foreign forces and mercenaries, so that Libya could return to its people and benefit from its wealth without interference from any external party.