With the acceleration of the spread of the mutated Omicron.. Britain raises the level of warning and the chief infectious disease expert in America recommends the third dose

Britain raised its alert level regarding the Corona pandemic to the fourth level to confront the rapid spread of the mutant Omicron, while the chief infectious disease expert in America called for obtaining the third dose of the vaccine. 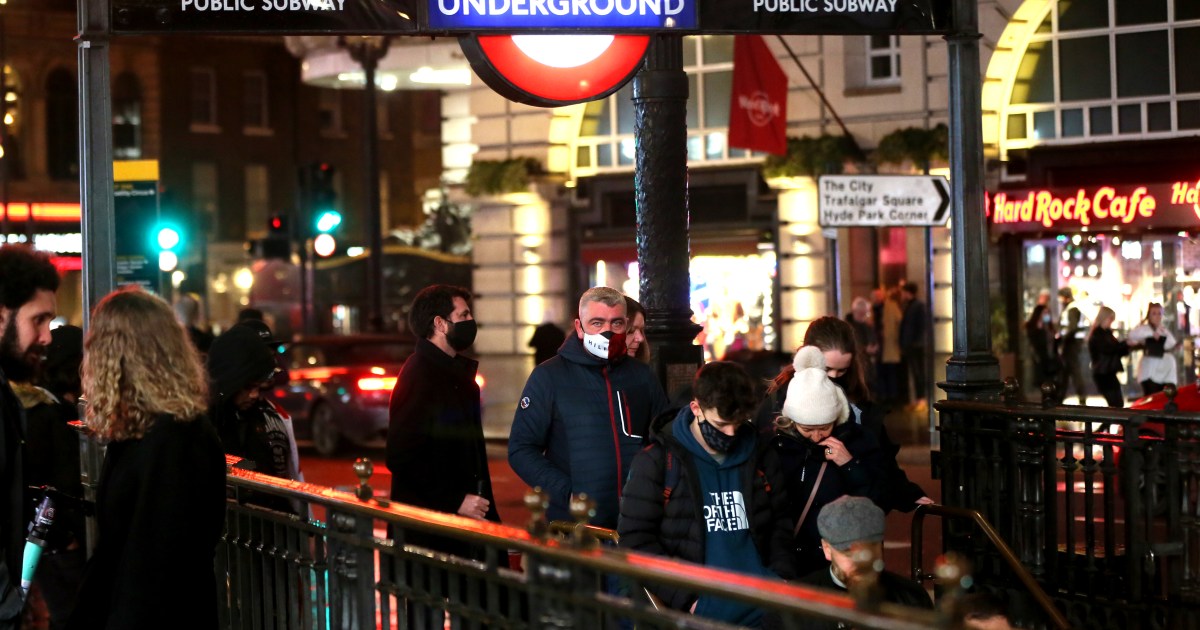 Britain raised, on Sunday, its warning level - regarding the Corona pandemic (Covid-19) - from the third level to the fourth, to confront the rapid spread of the Omicron mutant, while the chief infectious disease expert in the United States, Anthony Fauci, called for obtaining the third dose of the Corona vaccine.

The government said in a statement that early evidence shows that the omicron mutant spreads much faster than the delta mutant, and that the vaccine's protection against omicron infection is "low".

The British government intensified measures to combat the outbreak of infection, to include expanding the campaign to give booster doses of vaccines against Corona to people over the age of 30, starting tomorrow, Monday.

Health Minister Sajid Javid said in a statement that the Omicron mutant is spreading rapidly in the United Kingdom and is expected to become the dominant strain by mid-December, stressing that the new measures are intended to reduce the impact on people's daily lives while contributing to mitigating the spread of Omicron.

For his part, the chief infectious disease expert in the United States, Anthony Fauci, said that taking 3 doses of vaccines is the “optimal care” from Corona, but the US government still officially defines full vaccination as two doses of “Pfizer-BioNTech” vaccines. ) or "moderna" or "Johnson & Johnson".

Fauci - who is director of the National Institute of Allergy and Infectious Diseases - told ABC News that health officials will continue to evaluate what should be considered a formal definition.

Asked if 3 doses of vaccines might be the new standard of care, Fauci said, "Well, I definitely think it represents the best care."

"If you look at the data, it becomes more and more clear that if you want to be optimally protected, you really have to get a booster dose," he added.

Fauci added that it will take months to determine whether there is a need to receive annual booster doses of vaccines, explaining that he hopes from an immunological point of view that a single booster dose will be sufficient to provide greater protection than the six months provided by the initial vaccine.

In this context, the World Health Organization confirmed that the Omicron mutant has been detected in 63 countries so far, which means that it is more and faster spreading than its Delta counterpart and makes vaccines less effective, but it causes less severe symptoms.

It is not yet possible for WHO - due to a lack of sufficient data - to know whether the high outbreak rate in the highly immune population is due to the fact that Omicron "escapes immunity, exploits the high underlying transmissibility, or is a combination of the two".

However, data are still insufficient to determine the severity of the disease caused by the omicron mutant, although symptoms currently appear to be “mild to moderate” both in South Africa, where it first appeared, and in Europe.

Regarding vaccines against COVID-19;

The limited data available as well as the genetic fingerprint of the omicron mutant indicate a “reduction in efficacy” with respect to protection against “infection and infection”.

In turn, the "Pfizer-Biontech" laboratories that developed the "Cominarty" vaccine - one of the most effective vaccines against Covid-19 to date - confirmed that its vaccine is still "effective" on the Omicron mutant after "3 doses".

Most countries that can afford the vaccines encourage people to take a booster dose, as is the case in Europe, which is facing a new wave of infections caused by the delta mutant, after early easing of health restrictions and low vaccination rates.