The dramatic toll of tornadoes in the United States is still climbing. Above all, he should continue to do so "in a big way", by the Governor of Kentucky's own admission. In the center and south of the country, five states affected by the winds are now at least 83 dead. 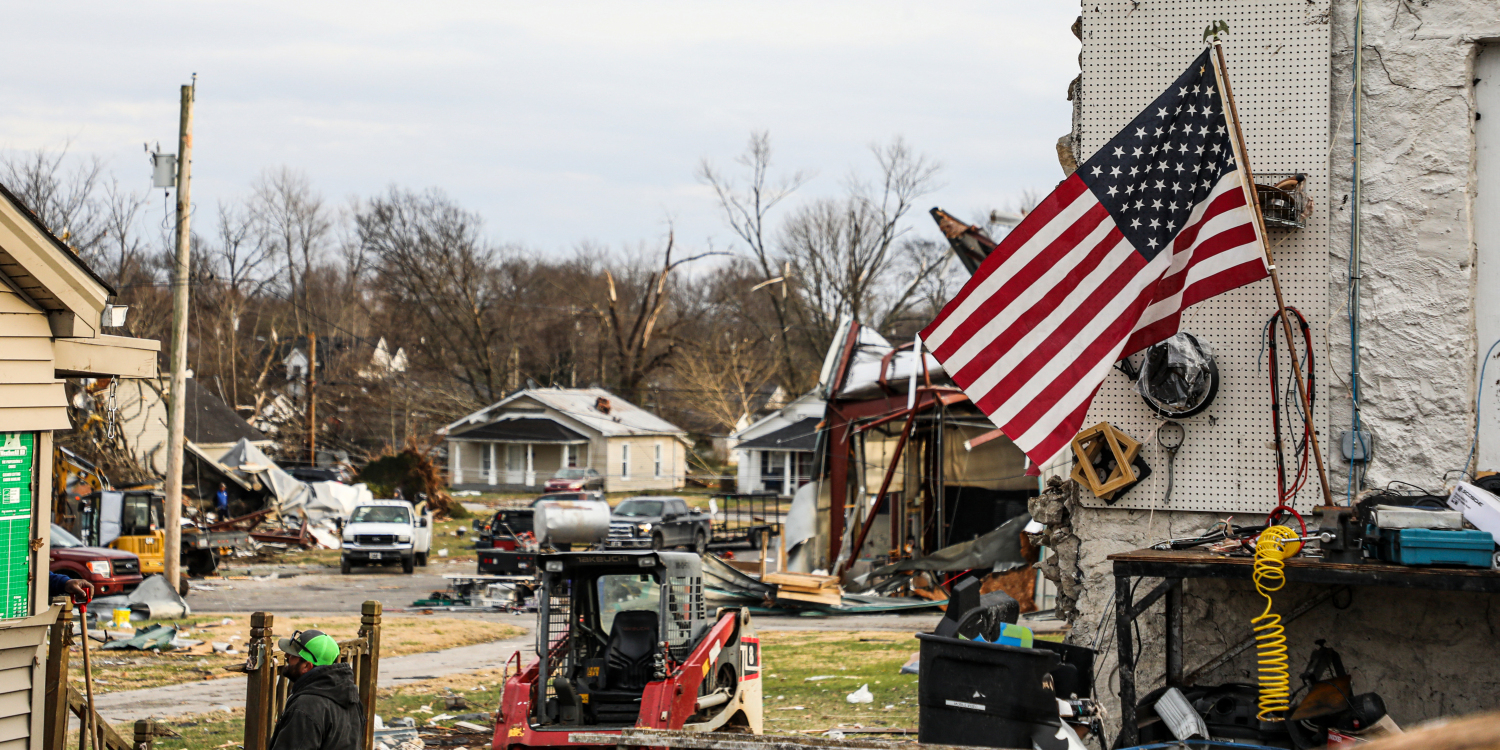 The dramatic toll of tornadoes in the United States is still climbing.

Above all, he should continue to do so "in a big way", according to the governor of Kentucky.

In the center and south of the country, five states affected by the winds are now at least 83 dead.

At least 83 dead, houses flattened as far as the eye can see and tangles of rubble.

The provisional toll was devastating on the night of Saturday to Sunday after the surge over the central and southern United States of a series of tornadoes of incredible violence.

US President Joe Biden lamented "one of the worst series of tornadoes" in US history, calling their devastation "unimaginable tragedy".

A "pile of matches"

In Illinois, at least six people died in an Amazon warehouse collapse, where employees worked nights to process orders before the holiday season. But it's Kentucky, in the east-central part of the country, that is paying the heaviest price. After announcing "at least 70 dead" in his state, Governor Andy Beshear said that "by the end of the day or tomorrow", the death toll would rise to more than 100 deaths. He called on residents to donate blood to treat the injured.

Mayfield, a town of 10,000 people, was at the epicenter of the disaster.

The heart of the city looks "like a pile of matches," Mayor Kathy O'Nan told CNN.

Across the city, buildings were gutted, metal twisted, vehicles overturned, and trees and bricks strewn across the streets.

VIDEO - United States: At least 50 dead in a tornado in Kentucky

In a parking lot in the center, volunteers are hard at work collecting essential items for affected families.

They bring together warm clothes, baby diapers and bottles of drinking water, while the water and electricity distribution networks are no longer operational.

Federal disaster response agencies have already started to be deployed there, said Joe Biden, who pledged that "the federal state will do all it can to help."

"Everything is more intense when the climate warms"

On the evening of Saturday, Joe Biden spoke, lamenting "one of the series of tornadoes the worst in the history" of the United States.

"Everything is more intense when the climate heats up," continued the American president, without however establishing a direct causal link between climate change and this disaster.

The American president specified that he would seek the opinion of the American environmental protection agency on the matter.

This morning, I was briefed on the devastating tornadoes across the central US To lose a loved one in a storm like this is an unimaginable tragedy.

We're working with Governors to ensure they have what they need as the search for survivors and damage assessments continue.