After the death of 55 illegal immigrants, Mexico asks Washington for another migration policy

Mexico called on the United States to review its migration policy after the truck crash that claimed the lives of 55 people in the south of the country. President Andres Manuel Lopez Obrador asked… 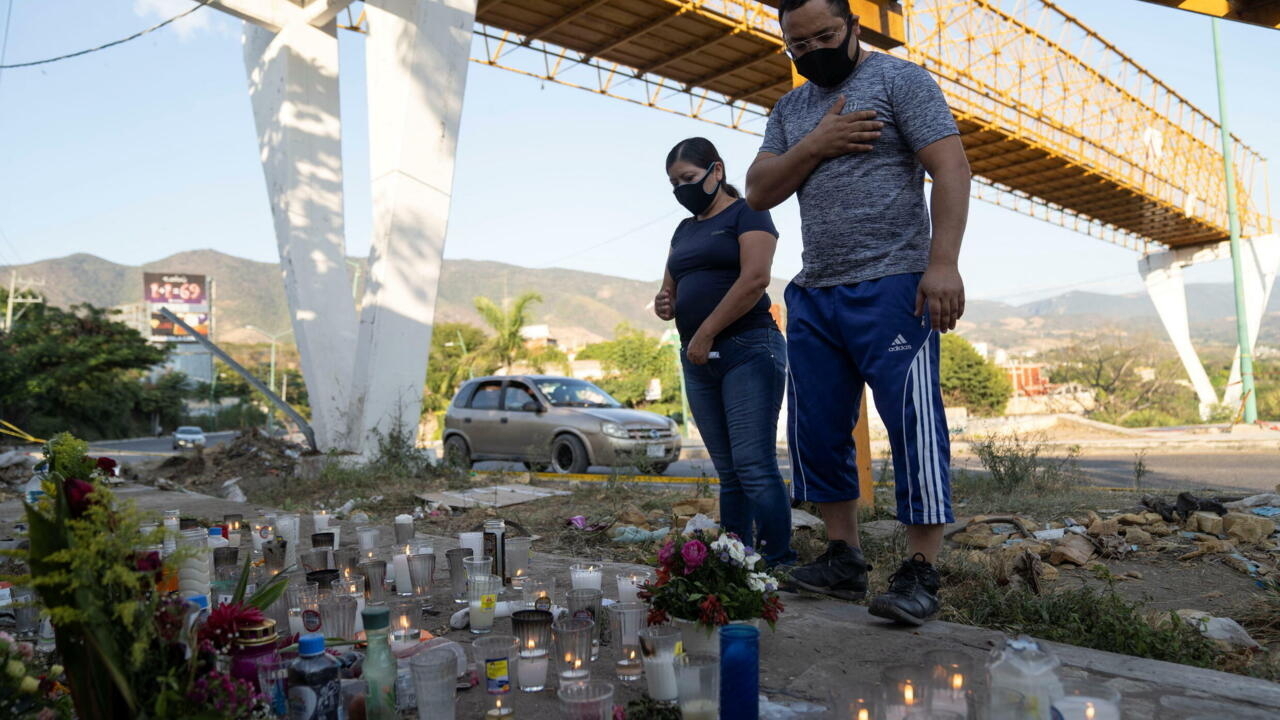 In the aftermath of the death of 55 irregular migrants in a truck accident in the south of the country, Mexico on Friday (December 10) asked the United States to revise its migration policy,

According to the authorities, the tragedy also left 105 injured, three of whom were serious.

Most of the victims are nationals of neighboring Guatemala (95 among the injured), who were traveling hidden and crammed into the trailer of the truck, according to the Mexican National Guard.

The victims were on their way to Puebla further north, and presumably to the US border, when the truck overturned Thursday evening on the highway near Tuxtla Gutierrez, the capital of the state of Chiapas, bordering Guatemala.

Central American and Haitian migrants are crossing Mexico to the United States in record numbers this year.

The head of state claims to have defended this position during a meeting with President Joe Biden in mid-November.

"This is not a simple matter for President Biden," he added.

"We will continue to insist that the migration problem cannot be solved with coercive measures, but that migrants must be given work and well-being opportunities," added the president.

In Mexico City, the US Embassy said in a condolence message on Twitter that this tragedy "illustrates why we urge no one to risk their lives through illegal migration."

For the UN High Commissioner for Refugees (UNHCR), we need "migration alternatives and open legal channels to avoid tragedies like these".

The accident took place the same day that the first two migrants were returned from the United States to Mexico under a program put in place during the time of former President Donald Trump (2017-2021), suspended by Joe Biden but reactivated by decision of the US Supreme Court.

Migrants must wait in Mexico for a response to their asylum request in the United States, according to this program called "Quedate en Mexico" (Rest in Mexico).

The National Migration Institute (INM) offered provisional humanitarian residence permits for survivors of the accident, treated in hospitals in the region.

The migrants had entered "several days" by the border with Guatemala, said the commander of the National Guard, Luis Rodriguez Bucio.

The truck belonged to a Mexican company and its driver fled, according to Rodriguez Bucio.

"There were a lot of people on the ground, some were already dead. With other guys, we did what we could to help the rescuers save those who were still showing signs of life," said Isaias Diaz. , arrived a few minutes after the tragedy and visibly felt.

Guatemala will decree three days of national mourning, announced the Guatemalan Minister of Foreign Affairs Pedro Brolo who was speaking in front of a hospital in Tuxtla Gutiérrez where the wounded are still being treated.

He also decided, with his Mexican counterpart, to create an international group responsible for dismantling the network of traffickers at the origin of the tragedy.

The accident took place in the state of Chiapas, the gateway for migrants from Central America (mainly Honduras and El Salvador) in the hope of reaching the United States.

Transporting them by truck is one of the common methods used by smugglers.

Other migrants prefer to cross the country in a "caravan" on foot, and take the opportunity to claim their rights.

>> To see: In Mexico, Haitian migrants in distress hope for regularization

A traditional passageway, Mexico is faced this year with record arrivals of migrants, coming not only from Honduras and El Salvador, but also from Haiti.

From January to October, the country registered 108,195 asylum applications, a record, according to the latest official figures.

For its part, the United States is showing firmness towards them.

The trip is "deeply dangerous and will not be successful," warned US Secretary of State Antony Blinken during a trip to Mexico in early October.