The Yemeni army forces and tribes, with the support of the coalition fighters, thwarted the Houthi militia’s detour and attacks on the Jawf and Marib fronts, while the killing of four foreign experts working in the framework of Houthi missiles and marches was confirmed in Sana’a and Marib. 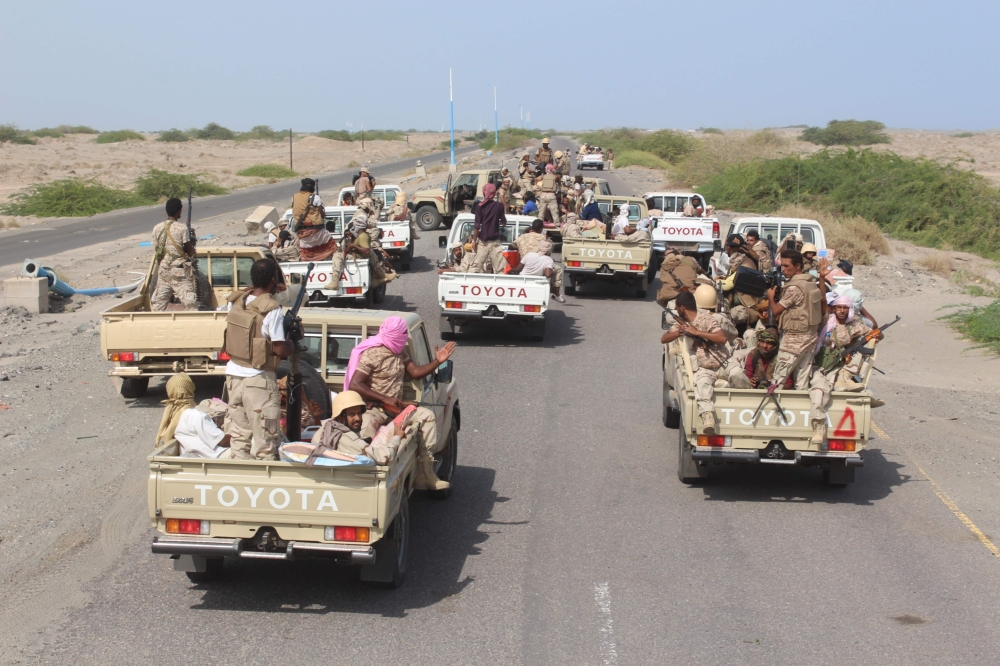 The Yemeni army and tribes, with the support of the coalition fighters, thwarted the Houthi militia’s detour and attacks on the Jawf and Marib fronts, while the killing of four foreign experts working in the framework of Houthi missiles and marches was confirmed in Sana’a and Marib.

Field sources confirmed that the Yemeni army and tribes, backed by Arab coalition fighters, managed to thwart the process of wrapping up the Houthi militia on the Al-Alam front between Al-Jawf and Marib, in which a tank, two vehicles, and a large amount of weapons were spoiled, as well as the death and injury of many Houthi elements.

The Houthi militia had sent new reinforcements to the flag, consisting of 40 vehicles loaded with elements, with the aim of opening a new front towards Marib from the Zain Min region, for the second time in less than a week.

For its part, the coalition fighters launched a series of focused and precise raids on Houthi reinforcements in Khub and Al Sha’af, which were coming from Al Hazm and Al Ghayl towards Al Alam area, leaving dead and wounded Houthi elements and destroying combat mechanisms.

In Marib, field sources confirmed the restoration of the positions that the Houthi militia had advanced to during the past few hours on the eastern Balkan fronts, south of the city of Ma'rib, by the army and tribes, after carrying out a successful detour operation with the support of the coalition fighters, which led to the militias inflicting heavy losses.

The Houthi militia had advanced towards the sites of Ladha and Al-Jama in the eastern Balq, after carrying out attacks from several tracks, during the past two days, during which they incurred hundreds of deaths and injuries, as well as the destruction of 23 combat vehicles.

Meanwhile, the battles continued on the fronts of Dhanna, al-Ayrf and al-Amud in the al-Juba district, south of Marib, in which the Houthis incurred heavy losses by the army, tribes and coalition fighters, which had a major role in thwarting the attempt to advance towards the Balkan Mountains.

The sources indicated that 8 vehicles and 7 vehicles transporting Houthi fighters were destroyed on the Juba fronts by coalition fighters, while the militias continued to send reinforcements to those areas from Sanaa, Amran and Al-Jawf.

In addition, the Houthi militia bombed the city of Marib and the camps for the displaced with three ballistic missiles during the past few hours, causing the injury of 6 children and a woman in the Al-Hama camp for the displaced.

While a Houthi pilot named Ashraf al-Dimashqi was killed, after destroying a Houthi helicopter that was trying to target the army and tribes sites in Marib, field sources confirmed the death of a foreign expert on the Umm Rish front, south of Marib, along with a number of Houthi elements, in an air raid of coalition fighters.

On the other hand, during the past few hours, coalition fighters carried out more than 46 raids on Houthi sites and targets in separate areas of Yemen, including four raids on the Al-Jarrahi district, south of Hodeidah, in which reinforcements were destroyed on their way to the seam areas.

In Taiz, battles resumed between the army forces and the militias on the air defense front north of the city, while the militias bombed the Al-Kuwaiha area in the Maqbna district, which led to the injury of a woman.

In Sanaa, local sources confirmed that three foreign experts were killed in the recent coalition raids on Houthi sites in the city, along with Houthi experts, leaders and elements.

In Dhamar, a Houthi leader named Fouad Abdel Wahab al-Kibsi was killed by a tribal gunman in the Hada district, east of the governorate, while militias raided the village of Kalbat al-Aqar in the district, to search for us fleeing the battles on the Marib fronts.