How is the Chinese economy in 2022? Hear the predictions of these top ten organizations

Text/Xia Bin   In 2021, China will calmly respond to the changes in the century and the epidemic of the century, and strive to complete the arduous task of reform and development, and achieve a good start to the "14th Five-Year Plan". As 2022 is approaching, many institutions have also given forecasts for China's economic trends next year.   Chinese Academy of Social Sciences: Pay attention to 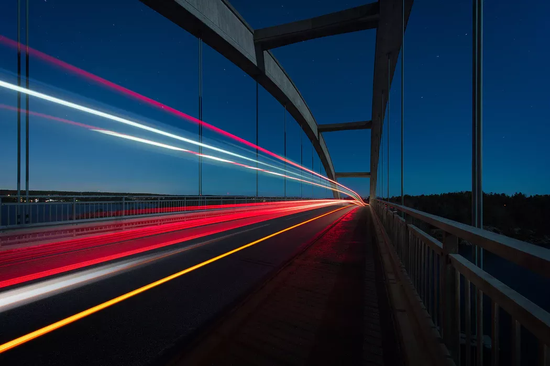 In 2021, China will calmly respond to the changes in the century and the epidemic of the century, and strive to complete the arduous task of reform and development, and achieve a good start to the "14th Five-Year Plan".

As 2022 is approaching, many institutions have also given forecasts for China's economic trends next year.

The research team of the Academy of Social Sciences pointed out that considering short-term macro-control and the needs of medium- and long-term economic high-quality development, in order to promote China's economic recovery more stable and balanced, countercyclical adjustments of macroeconomic policies should be appropriately increased, and cross-cyclical adjustments should be emphasized.

The 2022 Economic Blue Book released by it also recommends that it adhere to the employment priority policy, expedite the elimination of structural contradictions in the labor market, strengthen urban employment expansion and quality; strive to ensure supply and price stabilization, and effectively reduce business operating costs; at the same time, pay attention to To strengthen policy coordination in the areas of finance, currency, industry, region, and competition, we must not only prevent mutual constraints, but also avoid overlapping policies.

Cheng Shi, chief economist of ICBC International, believes that looking forward to 2022, the three basic characteristics of China's economic operation will be to improve the quality and efficiency of economic development, the stability and control of macro leverage, and the convergence of inflation and price differentiation.

Based on this, China will continue to implement cross-cycle macro-control policies. The policy mix of "money loosening, credit tight, and fiscal easing" will be maintained in the long-term, and policy formulation and implementation will place greater emphasis on flexibility, precision, efficiency, and goal orientation.

"Looking at the more distant future, 2022 will be the year of succession for China to move towards the era of common prosperity. Long-term resource allocation will be based on fairness and justice, and continue to deepen the development concept of'innovation, coordination, green, openness, and sharing'. Actively build a new dual-cycle development pattern, and promote the steady and long-term development of China's economy on the road of high-quality development." Cheng Shi said.

CICC: Focus on the demand side

"We believe that the focus of the macro economy will be from the supply side to the demand side." As for the Chinese economy next year, the CICC research team believes that considering the impact of energy shortages and pushing up corporate operating costs, the debt burden of non-governmental sectors will rise. Put downward pressure on domestic demand in 2022.

The team expects that monetary policy will continue to be stable but loose, but fiscal policy may increase.

On the basis of the substantial expansion of the previous macroeconomic policies, the US labor shortage will continue to support China's exports next year by pushing up wages and consumer demand, as well as by increasing desirable inventory demand.

In 2022, China's economic growth rate may show a stabilization and recovery trend. PPI inflation will fall from a high level, but the center will still be higher than before the epidemic, and CPI inflation will rebound from a low level.

KPMG: China's inflationary pressure is controllable as a whole

The KPMG research team stated that an obvious feature of China's inflation trend this year is the apparent separation of the consumer price index (CPI) and the industrial producer price index (PPI).

Looking ahead to the trend of consumer product prices in 2022, due to the low base this year, continued consumption recovery, and the transmission of some upstream price increases to the downstream, the consumer price index is expected to rebound next year.

With the gradual improvement of the epidemic situation and the continuous recovery of the supply of raw materials and products, the tight supply and demand situation will be eased. Superimposed on this year's high base effect, it is expected that the PPI will fall steadily next year.

The team said that overall, China’s inflationary pressures in 2022 are generally under control, but it is also necessary to pay close attention to global inflation trends and be alert to the potential impact of imported inflation on the Chinese economy.

Zhu Haibin, chief economist and head of economic research at JPMorgan Chase China in China, said bluntly that from a big logic point of view, this year’s economic policy change is believed to be just a starting point. It represents not only a short-term and cyclical economic policy change, but also Most representative is China's implementation of new development concepts in economic policies for the next 30 years.

He further stated that from the perspective of next year, it is recommended that more attention be paid to policy coordination in the policy implementation process.

Especially in the current process of China's transition from high growth to high-quality growth, the previous policies and inter-departmental coordination mechanisms, and the policy tools used in the past, may also need to be adjusted.

"After this year's deleveraging and regulatory reforms, China has sufficient policy space and the economy is ready to take off next year." Morgan Stanley China Chief Economist Xing Ziqiang predicts that China's economy will recover moderately next year.

China’s economic growth is expected to bottom out in the fourth quarter of this year, and stabilize and recover in the first half of next year, creating a good macroeconomic and employment environment.

Xing Ziqiang specifically mentioned that in the past year, compared with the unprecedented fiscal stimulus adopted overseas, China has focused more on “system upgrades”. It has not only adopted macro-austerity measures to actively deleverage, but also reshaped its impact on real estate, the Internet, and carbon emissions. Regulatory frameworks in other fields; as the implementation of these measures is coming to an end, it has laid the foundation for high-quality growth and policy return to normality starting next year.

UBS: Expected to maintain the tone of "housing, not speculating" unchanged

Wang Tao, head of economic research at UBS Asia and chief China economist, said that further easing of policies is expected in the next few months to ease the downward pressure on real estate and avoid a hard economic landing, but will not introduce a stimulus to reverse the downward trend of real estate activity.

The government may maintain the policy tone of "no speculation in housing and housing" and will not issue any strong stimulus.

She further stated that under this framework, the government may continue to reasonably relax housing loan restrictions, speed up housing loan approvals, relax restrictions on developers' access to loans and financing in the onshore bond market, and relax some of the over-tight restrictions on pre-sale funds, thereby improving developer financing. And cash flow.

Some local governments can relax the current purchase restriction and price restriction policies to speed up the construction of public rental housing.

In addition, the government can also boost infrastructure investment and relax credit policies.

Goldman Sachs Chief China Economist Shanhui pointed out that China’s growth prospects for 2022 are particularly uncertain. Next year’s situation depends on the development of the new crown epidemic, the slowdown of the real estate market, energy constraints, and the most important thing is the policy response of the Chinese government. Way.

"Although we expect that next year's macro policies will be relaxed to support growth, the structural tightening measures this year will not be cancelled, especially in the real estate sector." Shanhui also believes that although China's macroeconomic situation is still full Challenges, but in terms of investment under the new regulatory framework, "common prosperity" will continue to guide the direction of economic growth and investment themes.

China has shown its determination to shift to an economic model that focuses on the real economy, and tends to reduce debt and solve inequality, rather than taking action on the decline in financial asset prices.

This will encourage investors to price assets more accurately, which will benefit the market in the long run.

Miao Zimei added, “For long-term investors, 2022 is a good time to start investing in China’s stock market. Investors can focus on industries that are closely related to China’s next stage of economic development, such as high-end manufacturing, renewable energy, electric vehicles, Software, mass consumption, and a new generation of healthcare and other industries."

Li Yili, Investment Director of Wellington Investment Management, believes that in 2022 and the next few years, if the strategy is appropriate, the attractiveness of investing in China will remain undiminished.

Although there have been several rounds of market volatility recently, as China's long-term economic growth potential is still attractive, the trend of foreign capital flowing into China's onshore stock market is expected to continue.

From a macroeconomic perspective, Li Yili added that although investors must pay attention to the direction of monetary policy caused by increasing inflationary pressures, he believes that the People's Bank of China has been relatively cautious in controlling excess liquidity.

Liquidity is currently maintained at a moderately safe level.

If monetary policy remains prudent in 2022, inflation should also be brought under control.

In addition, the valuation of Chinese stocks has fallen back to an attractive level. The forward P/E ratio of major indexes such as MSCI China Index is about 13 times. Compared with the P/E ratio of more than 18 times in major markets such as the United States, the valuation discount is particularly obvious. .