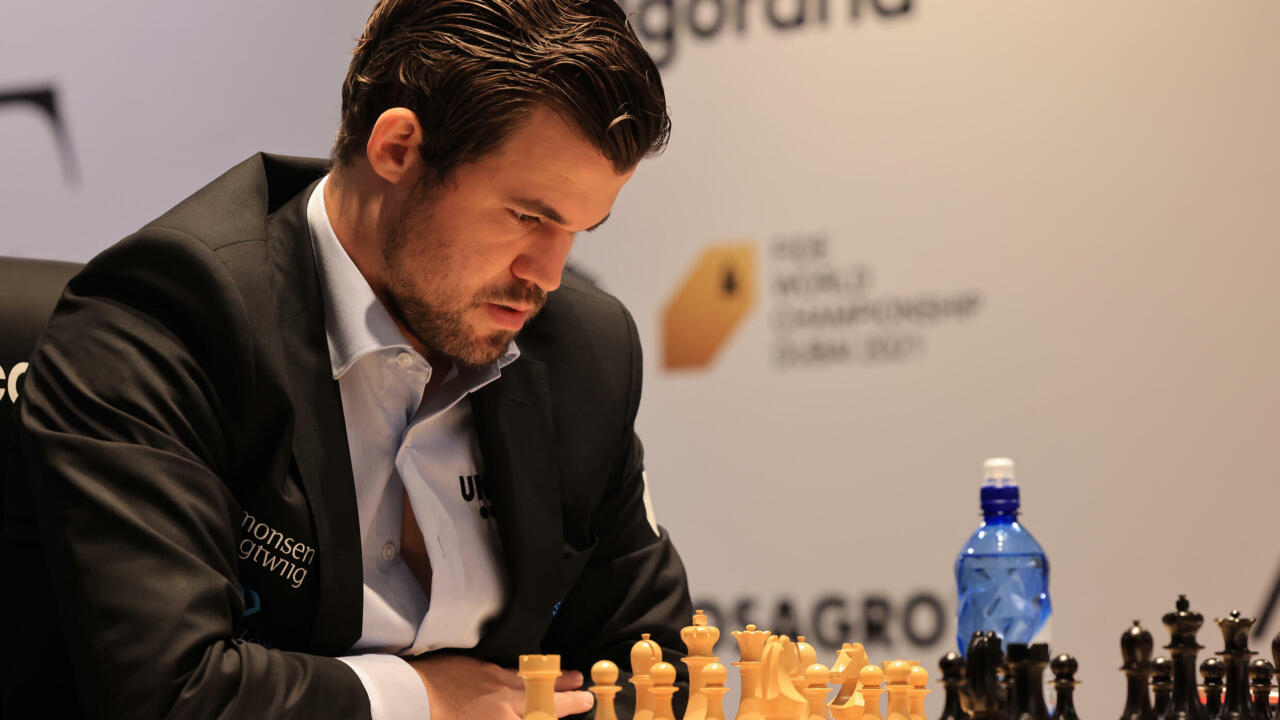 Favorite before their clash, which ultimately lasted only eleven games out of the fourteen scheduled, the world number 1 in the points classification since 2011 finally experienced the simplest world championship of his career by winning 7.5 points to 3.5.

This is his fifth success in the most important chess duel, after two against the Indian Viswanathan Anand (2013, 2014), one against the Russian Sergey Karjakin (2016) and one against the American Fabiano Caruana (2018).

He who had won only one game in all in 2016 and 2018, each time forced to tiebreaks beyond the regulatory games, this time won four games against "Nepo", finishing undefeated.

He thus won for the fifth time the title of world champion which he has held continuously since 2013.

"It's hard to feel a lot of joy when the situation is so comfortable, but I'm happy with my very good overall performance," said the Norwegian at a press conference.

In addition to the coronation, he should also receive a check for 1.2 million euros, against 800,000 euros to his opponent.

The match was played in the sixth game: after 136 moves, a record in a world championship, and nearly eight hours of play, the Norwegian finally found the loophole in his challenger.

On the ropes after this lost marathon, Nepomniachtchi lost all composure in the rounds that followed, offering on a plateau the next three wins over blunders, interspersed with two tasteless draws.

Neither the arrival in Dubai of Sergey Karjakin, his main adviser who had faced Carlsen in 2016, to re-mobilize him, nor a change in his hairstyle reversed the fate.

"I would like to apologize for the way it went. These things (the blunders, editor's note) that happened here never happened in other competitions. I lost parts stupidly in my career , but not so much in such a short time, "conceded the Russian to the press.

He therefore failed to bring back the world title, absent from the country-king of the discipline since 2007.

Mercilessly, the 31-year-old Norwegian did not fail to convert the offerings, whether playing white or black.

"He hasn't shown his best game, but it happens when you're in a difficult position," he said.

The Norwegian marks the history of his sport a little more and is only one length away from the record for world championship victories, held by the German Emanuel Lasker, which dates back to the beginning of the 20th century.

The two masters, the Norwegian Magnus Carlsen and the Russian Ian Nepomniachtchi during the 10th game of the World Chess Championship in Dubai, December 10, 2021 Giuseppe CACACE AFP / Archives

Who to stand up to him and prevent him from prolonging his reign on chess?

If the players of the Norwegian's generation have broken their teeth in front of him, the wait is now turning to the French prodigy Aliréza Firoujza.

The Iranian-born player was not yet a year old when Magnus Carlsen became grandmaster, but, at the height of his 18 years, he already seems the main obstacle, in the long term, to the domination of his elder.

World number 2 since December, Firoujza has qualified for the Candidates tournament which will bring together eight players to designate, during the year 2022, Magnus Carlsen's next challenger.