Winter Olympics: the countries of the diplomatic boycott "will pay the price", warns Beijing

China on Thursday condemned the decision of the four countries (United States, Australia, United Kingdom, Canada) which announced a diplomatic boycott of the Beijing Winter Olympics next February. The four countries, which send athletes to the Games but not officials, "pay the price" of their decision, China warned. 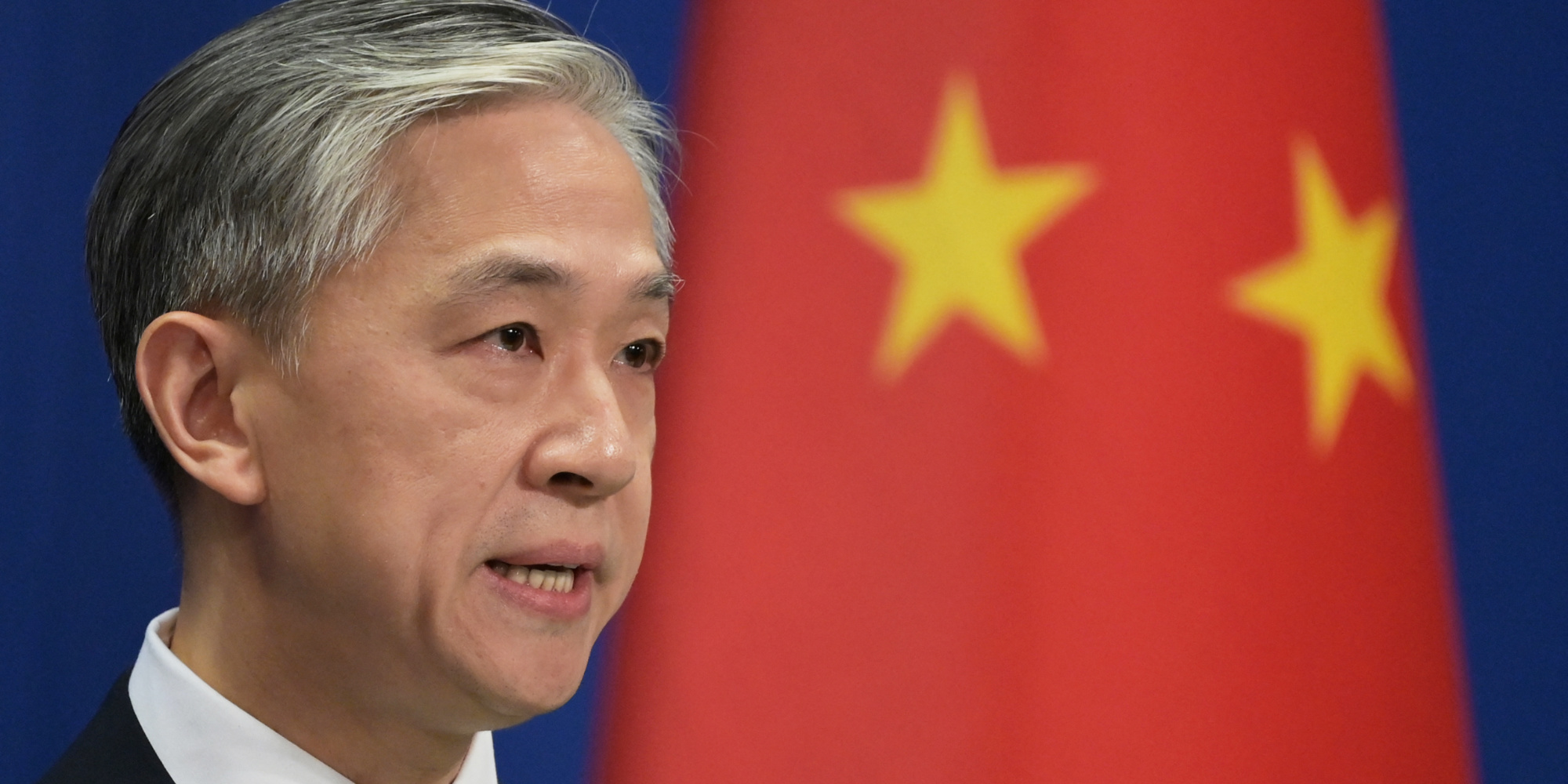 China on Thursday condemned the decision of the four countries (United States, Australia, United Kingdom, Canada) which announced a diplomatic boycott of the Beijing Winter Olympics next February. The four countries, which will send athletes to the Games but not officials, will "pay the price" for their decision, China has warned.

China on Thursday warned that the four Western countries that chose to diplomatically boycott the Beijing Winter Olympics would pay "the price" as France procrastinates after first announcing it would send its minister sports.

The United Kingdom and Canada joined the United States and Australia on Wednesday in the "diplomatic boycott" of the Beijing Games, another setback for the Chinese regime accused by the West of trampling on human rights, especially in its predominantly Muslim region of Xinjiang (North-West).

An "unpopular remedy" which "amounts to isolating yourself", launches China

These countries will send many athletes to the Games, but no officials. "The use of the United States, Australia, the United Kingdom and Canada to the stage of the Olympic Games for purposes of political manipulation is unpopular and amounts to isolating oneself", estimated in front of the press Chinese Foreign Ministry spokesperson Wang Wenbin. "They will inevitably pay the price for this bad move," he said, in response to whether Beijing was considering specific retaliatory measures.

The spokesperson said his country had not sent out invitations to the countries in question.

"Whether their official representatives come or not, the Beijing Winter Games will be a success," he said.

The Olympics are scheduled for February 4 to 20, but due to restrictions imposed by China on the entry of foreigners in the name of the fight against Covid-19, few world politicians are expected to travel from Beijing.

With the notable exception of Russian President Vladimir Poutine who accepted the invitation of his Chinese counterpart Xi Jinping.

No diplomatic boycott for France

For its part, France should send its Minister for Sports, Roxana Maracineanu, Minister of Education and Sports Jean-Michel Blanquer said on Thursday. But the position of Paris on the diplomatic side of the boycott is not yet definitively decided, subsequently corrected the minister's entourage. "We are in favor of there being a common position (...) but this issue must be dealt with as Europeans", for his part declared Jean-Yves Le Drian, Minister of Foreign Affairs at a joint press conference with its German counterpart.

Paris had initially indicated that it "would coordinate" with the other countries of the European Union on the attitude to adopt.

"We are deeply troubled by the human rights violations by the Chinese government," Canadian Prime Minister Justin Trudeau said at a press conference on Wednesday.

Many sources of tension between Beijing and London

A few hours earlier in London, during the weekly question-and-answer session in front of Parliament, British Prime Minister Boris Johnson had announced that there would be "indeed a diplomatic boycott of the Beijing Winter Olympics".

There are many sources of tension between London and Beijing, between respect for human rights in Xinjiang, decline in freedoms in Hong Kong and the exclusion of Chinese giant Huawei from British 5G infrastructures.

Before the British and Canadian announcements, the decision of the United States had aroused the anger of Beijing, and that of Canberra contempt.

"Everyone does not care whether they are coming or not," Wang said on Wednesday in the direction of Australia.

The IOC evokes its "neutrality" not to comment on these boycotts

Asked about the risk that these cascading decisions pose to the Olympics, the International Olympic Committee once again invoked its "neutrality" to refrain from commenting on these "purely political decisions", especially welcoming the absence of a sports boycott . "The integrity of the Games is the integrity of sports competitions, which is why our attention is fully focused on the athletes," hammered Wednesday in front of the press Thomas Bach, the head of the body.

According to human rights organizations, at least one million Uyghurs and other Turkish-speaking minorities, mainly Muslims, are being held in camps in Xinjiang.

China is accused of forcibly sterilizing women there and imposing forced labor.

The United States denounces "genocide" on this subject.

Beijing says the camps are in fact "vocational training centers" to fight radicalization.