"The role of a constant irritant": how Russia reacted to the words of the Ukrainian ambassador about the "cold shower" for Russia

Russia commented on the appeal of the Ambassador of Ukraine to Germany Andriy Melnik to the German Chancellor Olaf Scholz about the need for a "cold shower" for Russia because of a possible "invasion" of Ukraine. The ambassador regularly pushes Europe towards war with Russia, the Federation Council stated. The State Duma noted that the statements of the Ukrainian diplomat once again confirm that Ukraine is an unacceptable country, and today's politicians are playing the role of a "constant irritant." 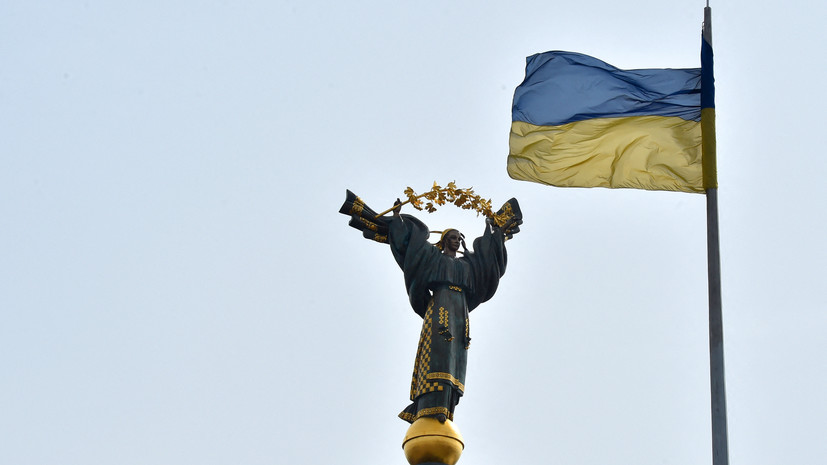 The State Duma and the Federation Council criticized the statement of the Ambassador of Ukraine to Germany Andriy Melnik, who called on the Chancellor of the Federal Republic of Germany Olaf Scholz "to arrange a cold shower for Russia."

The first deputy head of the international committee of the Federation Council, Vladimir Dzhabarov, in an interview with RT, drew attention to the fact that Melnik regularly "pushes Europe towards war with Russia, or insults the Europeans due to an insufficiently tough attitude towards Moscow."

“I doubt that Mr. Scholz will listen to the opinion of the Ukrainian ambassador.

Until Ukraine has such an ambassador in Berlin, there can be no serious progress in relations between Ukraine and Germany.

He is not a creator, he is a destroyer, by the way, this does not decorate him, ”the senator said.

At the same time, Viktor Vodolatsky, First Deputy Chairman of the State Duma Committee on CIS Affairs, Eurasian Integration and Relations with Compatriots, called the FRG Chancellor a pragmatic person who realizes that it is beneficial for Berlin to build friendship and economic cooperation with Russia.

“He will not listen to the Ukrainian ambassador.

This is all done for the Ukrainian media, for Ukrainian politicians.

They were already waiting for a "cold shower" after the talks between Putin and Biden - it did not work out.

For Germany, Ukraine is one of the territories that does not affect the geopolitical alignments in the country itself, not to mention Europe, "the deputy said in an interview with RT.

The statements of the Ukrainian ambassador once again confirm that Ukraine is an incapacitated country, and today's politicians are playing the role of a “constant irritant,” the parliamentarian added.

“I am confident that Scholz will continue the policy of good-neighborly relations with Russia, the Nord Stream-2 will be launched ... All world powers are already at a loss of understanding what to do with Ukraine,” the deputy concluded.

Earlier, Andriy Melnyk, in a commentary to the Berliner Zeitung, said that Kiev was counting on a “strong diplomatic initiative” from Olaf Scholz, which would be aimed not only at “preventing the threat of war in Europe,” but also at “returning” Crimea to Ukraine and the transition of Donbass to its full control.

“Ukrainians unequivocally welcome all the diplomatic efforts of our partners, first of all, the recent telephone conversations with US President Joe Biden, aimed at deterring President Putin from a new military invasion of Ukraine with the help of a decisive coordinated warning,” Melnyk told the newspaper.

Also on russian.rt.com Ukraine, the work of diplomatic missions and the fight against cybercrime: what Putin and Biden discussed during the negotiations

The ambassador pins special hopes on Germany and on the "sustainability of the transatlantic partnership."

“Transatlantic unity is of great importance to us.

Right now, after the election of a new federal government, a powerful voice from Berlin is needed to provide a cold shower for Moscow's preparations for war, ”Melnik said.

According to him, Ukraine calls on Scholz to convene a summit in the "Normandy format" in the coming weeks.

Kiev also calls on the federal government to publish a list of "harsh punitive measures" against Russia, including a ban on the operation of Nord Stream 2 if Russia "starts military action" against Ukraine.

Let us remind you that recently in a number of Western countries and in Ukraine they have announced an allegedly impending "invasion" of Russia into Ukrainian territory.

The New York Times newspaper, citing anonymous American and European sources, wrote that Washington is pushing European countries to develop a package of "economic and military measures" to "contain Moscow."

The material notes that American intelligence services are warning US allies that "there is less and less time" to prevent Russia "from taking military action against Ukraine."

The press secretary of the President of the Russian Federation Dmitry Peskov called the information of the Western media about the alleged plans of Russia to invade Ukraine as groundless escalation of tension, and stressed that Russia does not threaten anyone.

“We have repeatedly said to this that the movement of our armed forces on our territory should not cause concern to anyone, the Russian Federation does not pose a threat to anyone,” the Kremlin spokesman said.

Vladimir Putin also called the statements that Russia was preparing an invasion of Ukraine as alarmist.

At the same time, the President emphasized that Kiev demonstratively fails to fulfill its obligations on the Minsk package of measures, as well as the agreements reached in the Normandy format.

Political scientist Ivan Mezyukho, commenting on the position of the Ukrainian ambassador to RT, also drew attention to the fact that Ukraine does not comply with the Minsk agreements, while actively circulating Western fakes about alleged plans for a Russian "invasion".

Mr. Melnik should not turn to the new German Chancellor, but talk directly with his own President Zelensky and urge him to follow the path of the Minsk agreements to resolve the situation in the east of the country, ”the expert noted.

Political analyst Ruslan Balbek also suggested that Germany would not agree with the demands of the Ukrainian ambassador.

“The new chancellor will think about how to balance correctly, so as not to seriously quarrel with Russia, and not to turn his back on Ukraine, because this is normal for any sane European politician,” he concluded.