"Keeping the balance": how the election of Olaf Scholz as chancellor can influence German policy towards Russia

The new German Chancellor Olaf Scholz will have to take into account the positions of other parties in the German coalition government when building his political course, including towards Russia. Analysts expressed this opinion in an interview with RT, commenting on the entry of a socialist into the post of head of the German government. At the same time, experts believe that one should not expect a sharp change in Berlin's course. 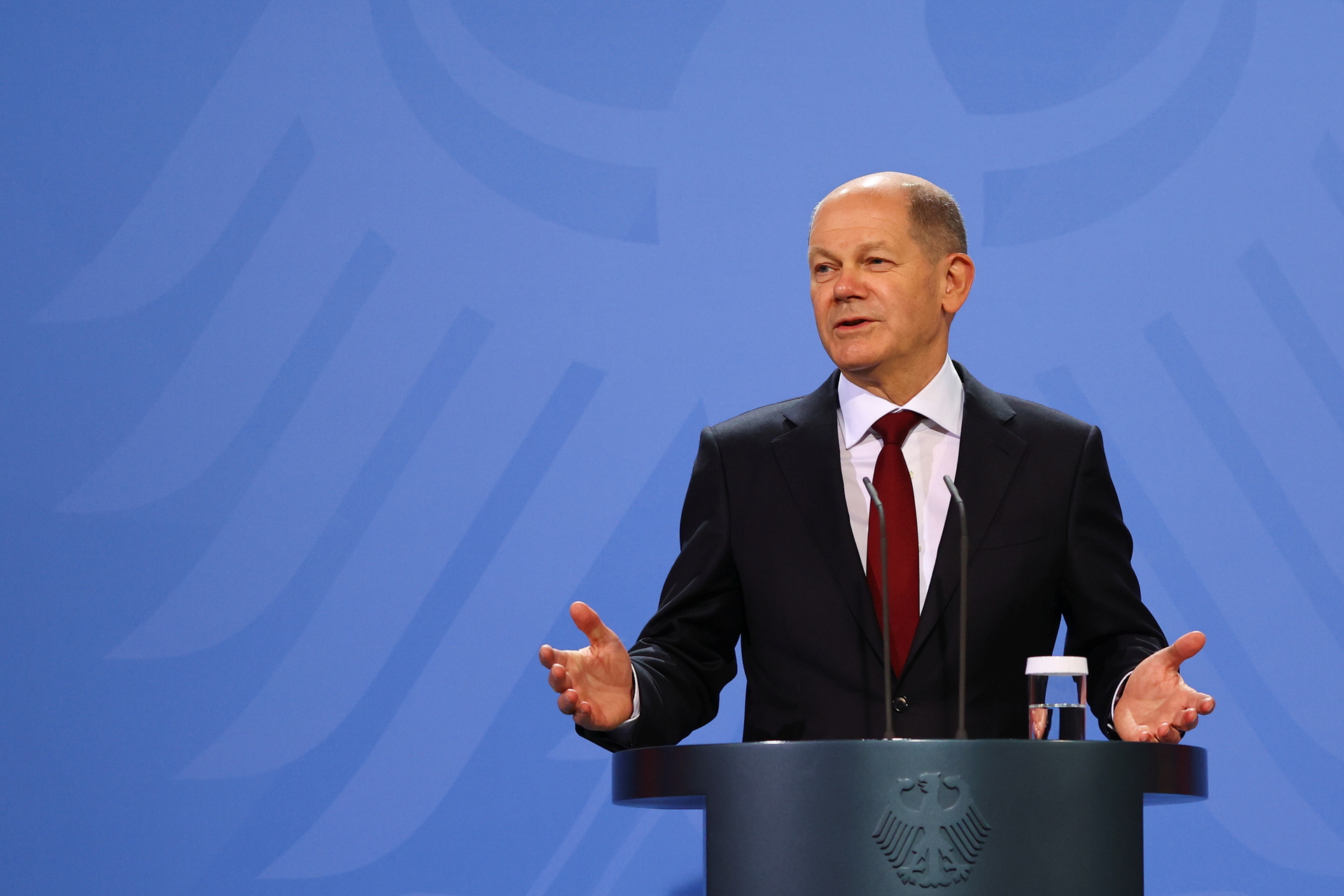 Berlin's political course under the new Chancellor Olaf Scholze is unlikely to undergo dramatic changes, including with respect to Russia, experts interviewed by RT say.

However, in their opinion, Moscow should prepare that the actions of Germany will be influenced by parties not very friendly towards the Russian Federation that have entered the coalition government, whose opinion Scholz will have to reckon with.

On the eve of the press secretary of the Russian President Dmitry Peskov said that Moscow expects continuity in the policy of the new German chancellor, including on the issue of "Nord Stream - 2".

“Of course, we count on continuity, we hope that

between the president (of Russia. -

) and the new chancellor.

We also hope that the German side will continue to proceed from the understanding that there is no alternative to dialogue for resolving even the most difficult disagreements, as it has been so far, ”Peskov emphasized.

Later, Vladimir Putin sent Scholz a telegram on the occasion of his assumption of a new post, in which he expressed his hope for establishing a constructive dialogue and joint work on topical issues.

We will remind, on December 8, Olaf Scholz officially became the new Chancellor of Germany.

395 members of the Bundestag voted for his candidacy, with 303 votes against and 6 abstentions.

After Scholz, in accordance with the rules of procedure, recognized the results of the vote, President Frank-Walter Steinmeier presented him with his credentials.

After taking the oath, a symbolic ceremony of transferring power to him from Angela Merkel took place.

Who is Olaf Scholz

Olaf Scholz, 63, joined the ranks of the Social Democratic Party of Germany (SPD) in 1975, and for a long time held various positions both in local authorities and in federal government structures of Germany.

His political career began in Hamburg in the 1980s in the youth wing of the SPD.

Subsequently, Scholz became a member of the Bundestag from the Socialists, and then - a senator in Hamburg.

In the early 2000s, he joined the team of Chancellor Gerhard Schroeder and in 2002 became the general secretary of the SPD.

He actively supported Schroeder's policies as chancellor, including criticized health and labor reforms, which, in particular, provided for a decrease in social support for the population and a reduction in free medical services.

In February 2004, together with Schroeder, who decided to leave the post of head of the party, he resigned from the post of general secretary of the SPD.

He later held a number of senior positions in the coalition governments that Angela Merkel formed during her tenure as Chancellor.

In the late 2000s, Scholz was the Minister of Labor, and in 2018 - in the last cabinet of Merkel - he was appointed Minister of Finance and Deputy Chancellor.

The German media note that Scholz's only major failure in his political career was the loss in the elections of the head of the SPD in 2019.

Despite this defeat, Scholz became the Social Democratic Chancellor candidate in August 2020.

The SPD announced a year ahead of the rest of the German political forces who would lead the party to the elections to the Bundestag, while Scholz became the only candidate for the post of head of the Cabinet who was not the chairman of his party.

The CDU / CSU bloc without Angela Merkel became the second, showing the worst result in history - 24.1% of the vote.

German media outlets and experts interviewed by RT note that Scholz's personal rating and his popularity as a politician largely “pulled out” the Social Democrats and brought them victory.

“It was Scholz who ensured the victory for the Social Democrats.

About half of the votes cast for the party went to him personally.

If there had been another candidate, there would have been a different result, "said Vladislav Belov, head of the Center for German Studies at the Institute of Europe of the Russian Academy of Sciences, in a conversation with RT.

At the same time, Scholz managed to quickly form a coalition government, the political scientist emphasized.

“The successful coalition negotiations are proof of Olaf Scholz's professional aptitude for such a high post.

He begins his career with the experience of working as the head of one of the German states - the city of Hamburg, a large metropolis.

He worked in two governments, quickly rose from the vice-chancellor to the chancellor.

He has experience of working in a team, "Belov emphasized.

In turn, Alexander Kamkin, a leading researcher at the Center for German Studies at the Institute of Europe of the Russian Academy of Sciences, in an interview with RT, expressed the opinion that, globally, the political vectors of Germany will not change.

Germany will remain committed to the special regime of transatlantic relations, the expert believes, so there is no need to expect radical changes in foreign policy in the eastern direction.

“Scholz is not Willy Brandt.

One should hardly expect a new Moscow treaty or some breakthroughs in the dialogue between Moscow and Berlin, ”the political scientist said.

According to him, in the eastern direction a line of different directions and an attempt to maintain a balance between Moscow, Kiev and other political players will most likely be traced.

He also suggested that no significant changes are expected in relations with Russia - neither negative nor positive.

"Scholz is a technocrat who will pursue a policy of small steps, but a confident course," said the interlocutor of RT.

The German media, commenting on the election of a socialist as the new head of government, note that the SPD traditionally stands for close ties with Russia.

This is a continuation of the so-called "New Eastern Policy" formulated by the Socialist Chancellor Willie Brandt in the early 1970s.

So, in June this year, during the pre-election debate, Scholz spoke in favor of establishing a direct dialogue between Moscow and the EU.

At the same time, he was criticized for this position by the co-chair of the Green Party, Annelena Berbock, who took over as head of the Foreign Ministry in the new government.

Scholz also made statements in support of the Euro-Atlantic course - in particular, for strengthening cooperation with NATO.

After his accession to the Chancellor's post, Scholz did not rule out that in the event of Russia's "aggression" against Ukraine, the consequences would also be for the Nord Stream 2 project.

“We take a very clear position.

We strive to ensure that everyone respects the principle of inviolability of borders.

Everyone realizes that there will be consequences if things are different, ”TASS quoted him as saying.

At the same time, the newly elected head of the FRG government stressed that the procedure for launching the gas pipeline continues, and the German Federal Network Agency will soon make a decision on the certification of Nord Stream 2.

Commenting on this statement, Vladislav Belov, head of the Center for German Studies at the Institute of Europe of the Russian Academy of Sciences, noted that since the drafting of the coalition agreement, in which each of the parties of the new government promoted its point of view on various issues, including Nord Stream 2, foreign policy the situation has changed.

“The collective West has formed a picture of some aggressive behavior of Russia towards Ukraine - allegedly Moscow intends to violate its borders.

Scholz was forced to make a statement on this issue

that this should not happen, "- said the analyst.

The expert recalled that Scholz, when building his foreign policy course, will have to reckon with the positions of other parties, which are spelled out in the coalition agreement.

“Not a single chancellor in the past has dared to violate this treaty.

The Chancellor's task is to carry out what was agreed in the framework of negotiations with other parties, and to try to build from this a certain unified course.

The chancellor cannot pull the blanket over himself.

I see Scholz's role in containing the anti-Russian message of the Greens, first of all, Foreign Minister Annalena Berbock and Vice-Chancellor Robert Habek, "Belov said.

In turn, the head of the department of social and political research at the Institute of Europe of the Russian Academy of Sciences, Vladimir Schweitzer, noted that the situation around Nord Stream 2 has gone beyond the economic sphere.

“This situation is overly politicized.

Now everything is tied to possible and impossible exacerbations on the Russian-Ukrainian border.

I think that Germany will behave very carefully, unlike the United States, which is very far from Europe, ”the expert said.

Earlier, the tension in relations between Russia and the EU was partially mitigated by Angela Merkel and her cabinet, Schweitzer recalled.

“She knew how to manage relations between Europe and Russia, even between the United States and Russia.

Now the new Foreign Minister of Germany is a very nice woman from the Green Party, Annalena Berbock, but she in no way gives the impression of a person who can decide something in this regard, "the political scientist noted.

Due to different political views and the level of experience of members of the Scholz cabinet, the Russian side will need to develop new vectors of dialogue with Berlin, believes Vladimir Scholz.

"Moscow will have to start a new dialogue with the new German leaders so that they understand: Russia's interests are obvious, and they must be taken into account," the interlocutor of RT concluded.