In a two-hour interview on the case of Ukraine, US President Joe Biden threatened &amp; nbsp; Vladimir Putin with `` heavy sanctions '' economic if it invaded Ukraine. The Russian president, for his part, unsuccessfully demanded guarantees on a freeze on NATO's expansion. &amp; Nbsp; 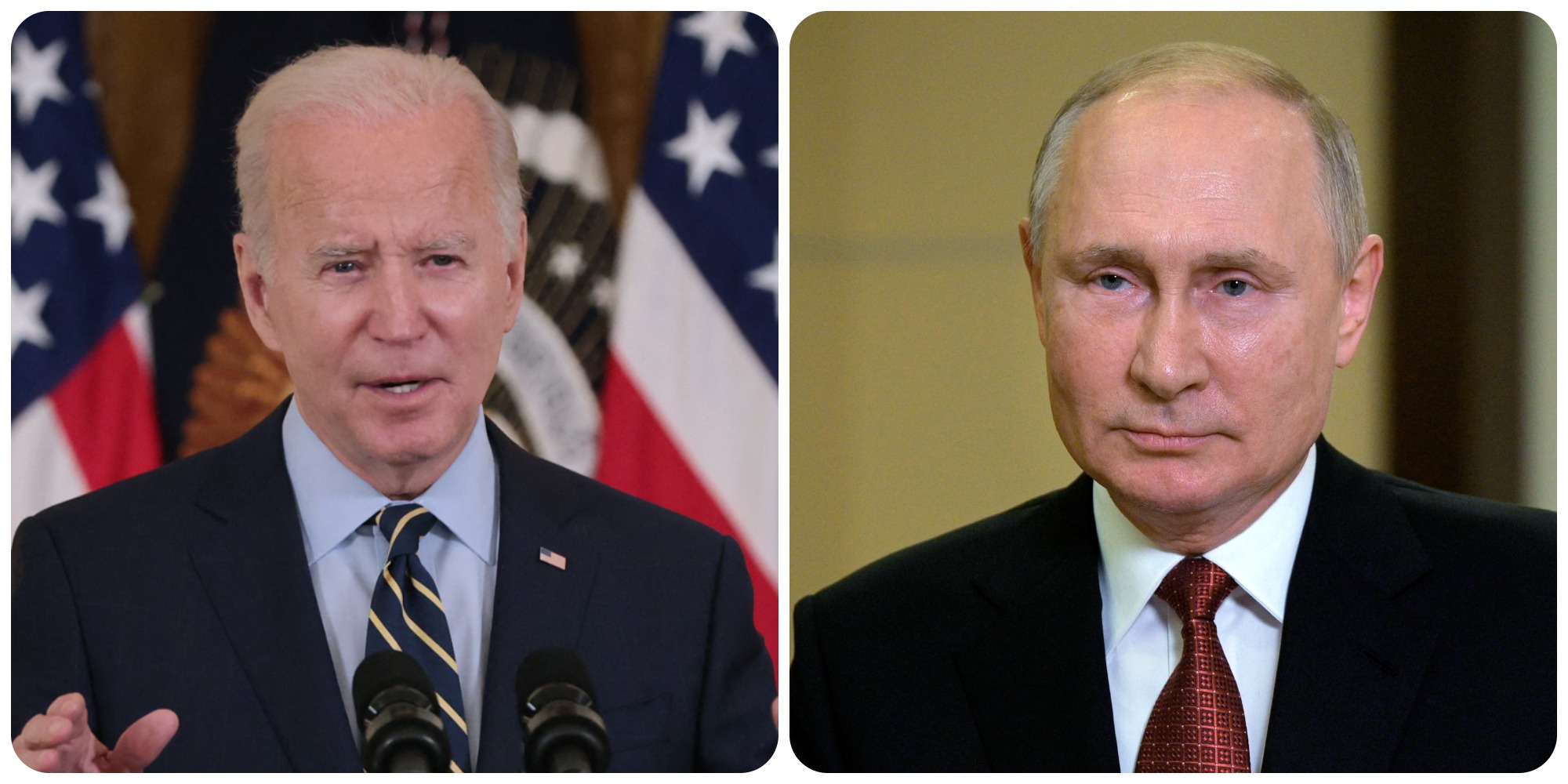 In a two-hour interview on the case of Ukraine, US President Joe Biden threatened Vladimir Putin with "strong economic sanctions" if he invaded Ukraine.

The Russian president, for his part, unsuccessfully demanded guarantees on a freeze on NATO's expansion.

A summit which notes the tensions without really unpinning them: Joe Biden threatened Vladimir Putin with "strong economic sanctions" if he invaded Ukraine, while the Russian president unsuccessfully demanded guarantees on a freeze on the expansion of NATO.

The two-hour interview was "useful", according to US national security adviser Jake Sullivan, and "frank and professional", according to the Kremlin, in a vocabulary that does not exude excessive heat.

Reinforced military support to Ukraine in the event of an attack

Joe Biden did not make "promises or concessions" in the face of demands from Vladimir Poutine, who in particular would like NATO to close its door to Ukraine, Jake Sullivan assured Tuesday. As if to better illustrate the seriousness of the stakes, the American president led the meeting from the "Situation Room", this ultra-secure crisis room of the White House, from where the United States is launching its most sensitive actions.

The Russian president, who answered him from his residence in Sochi, a seaside resort on the Black Sea, called for "sure legal guarantees excluding an enlargement of NATO in the East", according to a statement from the Kremlin. This looks like a dialogue of the deaf, while the United States, NATO and Kiev accuse Moscow of massing troops on the border with Ukraine in order to attack the country.

"The Russian soldiers are on their territory, they are not threatening anyone, the president (Putin) has said so", however assured the diplomatic adviser of the Kremlin, Yuri Ushakov. For Washington, however, the scenario is furiously reminiscent of 2014 and the Russian annexation of the Crimean peninsula, then the outbreak in eastern Ukraine of an armed conflict which left more than 13,000 dead. But "the things that we didn't do in 2014, we're ready to do them today," said Jake Sullivan.

Washington promises, in the event of an attack, to increase its military support for Ukraine, to strengthen its "capacities" with its NATO allies in Eastern Europe, and, above all, to impose sanctions. economy much harsher than those piled up on Russia, to no great effect, after 2014.

Miserly in detail, the United States, however, waved a red rag: that of the "Nord Stream 2" gas pipeline, through which Russia, very dependent on its hydrocarbon exports, wants to double its deliveries of natural gas to Germany. Noting that this pipeline is not yet in operation, Jake Sullivan said: "If Vladimir Putin wants the future Nord Stream 2 to carry gas, he may not take the risk of invading Ukraine". This is therefore a "lever" available to Westerners, he added.

On condition of meticulously coordinating any sanction with the Europeans, and in particular with Germany, where the famous submarine pipeline ends. Joe Biden had given up in the spring to block the project, precisely to preserve his relationship with Berlin. The American president has also telephoned, once his virtual summit is over, with French President Emmanuel Macron, German Chancellor Angela Merkel, and Italian Prime Ministers Mario Draghi and British Prime Ministers Boris Johnson. All reiterated their attachment to Ukraine's "territorial integrity" and promised to stay "in close contact", according to the White House.

Joe Biden will call Ukrainian President Volodymyr Zelensky on Thursday. The American president takes a luxury of precautions, vis-a-vis allies scalded among other things by a withdrawal from Afghanistan carried out, according to them, in a way too unilateral. If we are far from the "stable" and "predictable" relationship that Joe Biden said so far to seek with Russia, Vladimir Poutine has nevertheless proposed to his American counterpart to put an end to a side dispute: that of retaliatory measures targeting the diplomatic missions of their two countries taken in recent months.

"The Russian side has offered to wipe out all accumulated restrictions on the functioning of diplomatic missions, which could help normalize other aspects of bilateral relations," the Kremlin said in a statement.

Vladimir Poutine and Joe Biden also spoke Tuesday about cybersecurity and their "common work on regional subjects such as Iran", according to the United States.

Washington accuses Moscow of turning a blind eye to major ransomware attacks against American companies this summer, operated from its territory.