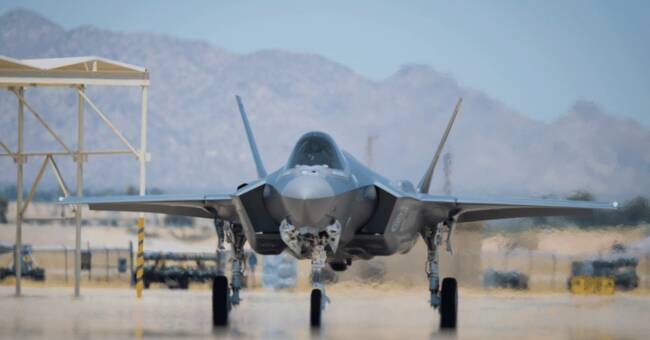 They mainly talked about “defense and security issues of interest to Sweden and Finland,” the Government Offices state.

This includes talks about what could be one of the largest arms deals to date.

But just a few days before the visit, the Finnish newspaper Iltalehti published the news that Finland would probably buy American F-35 fighter jets instead of the Swedish Jas Gripen, a news item Swedish quickly quoted.

According to information to SVT, a Finnish state expert group (Hx group) of 100 people, many of them pilots, is behind the Finnish Armed Forces' recommendation to buy the F-35.

According to information to SVT, Saab has had a hard time measuring itself in the fight against the world's largest weapon manufacturer Lockheed Martin, which manufactures the F-35.

Among other things, they set up a flight simulator at the US Embassy in Helsinki, where Finnish pilots could carry out simulated test flights.

Finland also has established contacts with Lockheed Martin, as the company delivered Finland's current fighter aircraft, which will be phased out by 2030.

The decisive decision to recommend the American F-35 must have been made after the expert group visited a Norwegian air base where it was given more information about the weapons system's capabilities and possible weapons, which are surrounded by very great secrecy.

Both Norway and Denmark have chosen to invest in the F-35.

This spring, the first copy of the F-35 was delivered to Denmark.

Danish DR has reported that the project was both delayed and more expensive than planned.

According to information in the Finnish media, the Finnish Armed Forces must have based its decision on the F-35 fighter's "performance and longevity".

The decision will also be based on the fact that the annual operating costs for the F-35 are "kept within budget".

Competition in the European market has intensified since the American Lockheed Martin's F-35 won the procurement for the Swiss Air Force this summer.

But the last word has not been said yet.

Ultimately, the Finnish government has the last word.

A message must arrive before the turn of the year.