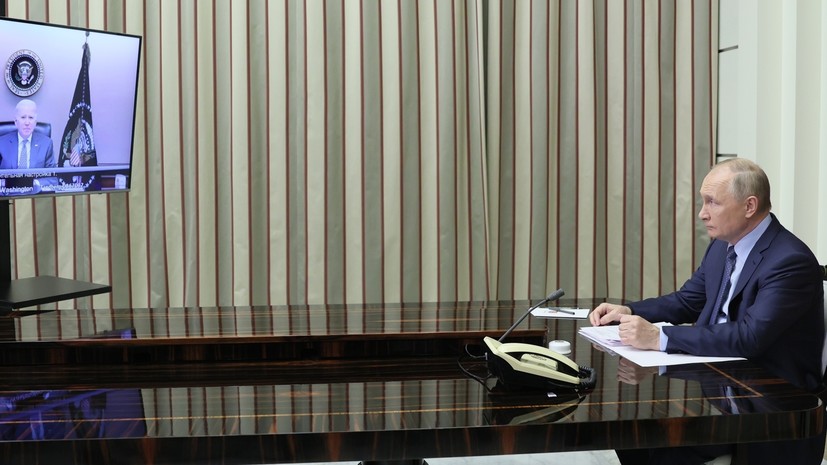 According to him, the presidents said that after contacts between the representatives of Russia and the United States took place, "it will be necessary to talk again."

“At the moment, it is not possible to answer when it will be possible,” he said.

He noted that the format of communication between the presidents is not important.

“Actually, this format (video conferencing) makes it possible to talk quite frankly.

Peskov also said that Putin and Biden did not discuss Nord Stream 2 during the talks.

On December 7, the presidents of Russia and the United States held talks by video link in a tete-a-tete format.

The conversation lasted a little over two hours.