Foot: sporting director Juninho confirms his departure from Lyon at the truce

The Brazilian Juninho, who sowed confusion in mid-November by announcing that he wanted to quit his post of sports director for Lyon at the end of the season, confirmed to AFP on Wednesday that he would be leaving the club ... 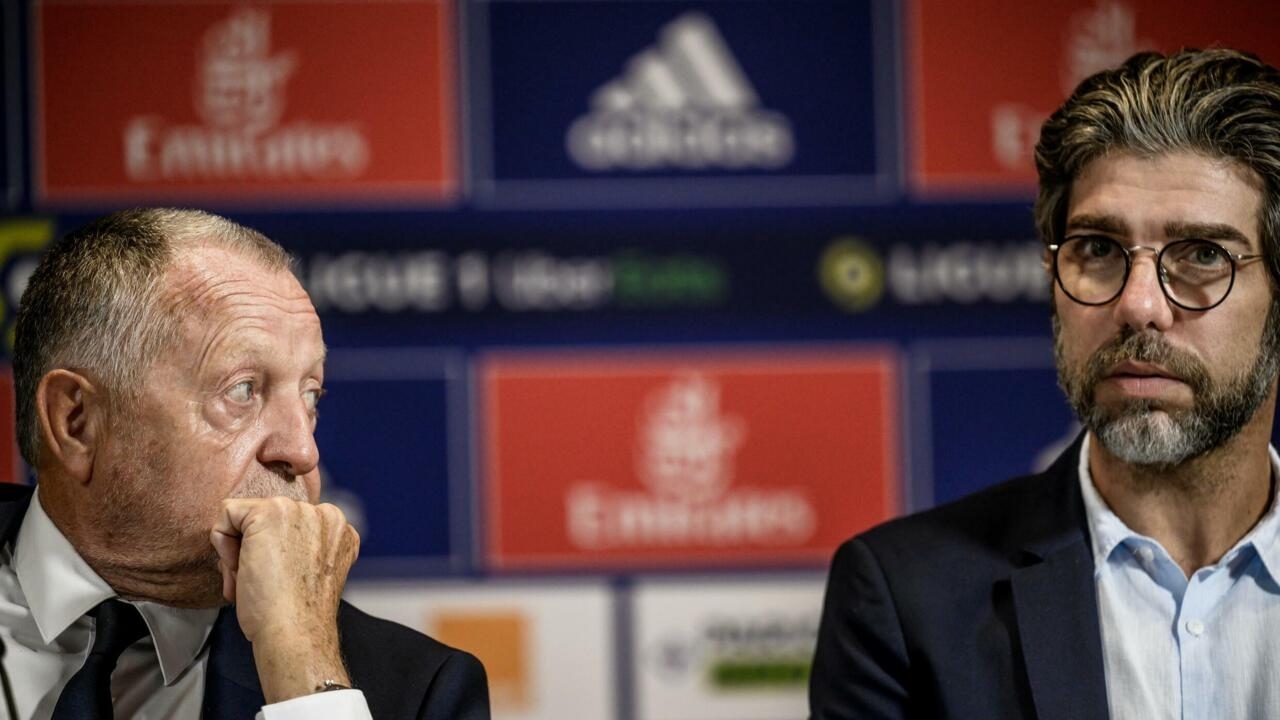 Less than a month after having surprised OL employees and executives with his announcement, the icon of greater Lyon, seven-time champion of France (2002-2008), has acted on the inevitable, namely his early departure from his favorite club. , where he will leave a mixed image as a leader.

"It's better so that the club is already preparing the next step and I also need to stop," he told AFP, confirming information from the dailies L'Equipe and Le Progrès.

The Brazilian sporting director of Olympique Lyonnais, Juninho, during a press conference, on October 15, 2019 at the club's headquarters in Décines-Charpieu ROMAIN LAFABREGUE AFP / Archives

Juninho (46), former OL playmaker (2001-2009) when the Rhone club dominated French football, returned to Lyon in 2019 as sports director, with the blessing of President Jean-Michel Aulas and under the cheers from supporters.

In Lyon, the former idol of Gerland did not only make friends, as evidenced by his passing of arms last May with ex-trainer Rudi Garcia.

When leaving the club, the latter had settled accounts with the Brazilian, accusing him of wanting to interfere in his sporting choices.

"My way of being embarrassed Rudi. He is really cold, he has no feeling," retorted the former playmaker, perceived on the contrary as being more instinctive and on edge.

The role of leader seemed to weigh on him, as he had explained on November 17 on RMC when announcing to everyone's surprise his upcoming departure from the club.

"In my head it was for three seasons," he said.

"For many people, sports director, you don't do much. But there is enormous mental fatigue (...). I want to rest a little", continued Juninho, who is thinking of becoming a coach, a post that he cannot occupy in Europe for lack of required diplomas.

After two and a half years with "Juni" as sporting director, this early departure seems logical: it seemed difficult for OL to prepare for next season with a manager on the start.

And the record of Juninho, who originally should have been associated with coach Bruno Genesio, who left in June 2019, is currently mixed.

Successes, like the recruitments of Bruno Guimaraes and Lucas Paqueta for a total of 40 million euros, with big failures, also like the engagement of his compatriots Thiago Mendes for 25 M EUR or of Henrique, Jean Lucas or Camilo.

The joy of Brazilian midfielders from Olympique Lyonnais, Bruno Guimaraes, scorer against Nîmes, congratulated by Lucas Paqueta, during the 37th day of Ligue 1, May 16, 2021 at the Stade des Costières Nicolas TUCAT AFP / Archives

Because ten years after leaving OL as a player, Juninho, a beginner in this role, seemed to lack a relay in Europe and naturally turned to Brazil to recruit, including to choose his first coach, Sylvinho, sacked as of October 2019.

The sporting director of Olympique Lyonnais Juninho, poses next to his compatriot and new coach, Sylvinho, during a press conference, on May 28, 2019 at the Groupama Stadium in Décines-Charpieu JEFF PACHOUD AFP / Archives

Since the departure of Genesio, Lyon no longer qualified for the Champions League, an essential objective to achieve this season to revive the finances of the club, which announced a historic loss of 107 M EUR for the 2020-2021 fiscal year. .