C1: fiasco for Barça, failure for Xavi and hitch for finances

Historical crumbling for Barcelona: eliminated Wednesday from the group stage of the Champions League, a first for two decades, Barça suffered a triple catastrophic disillusion, p ... 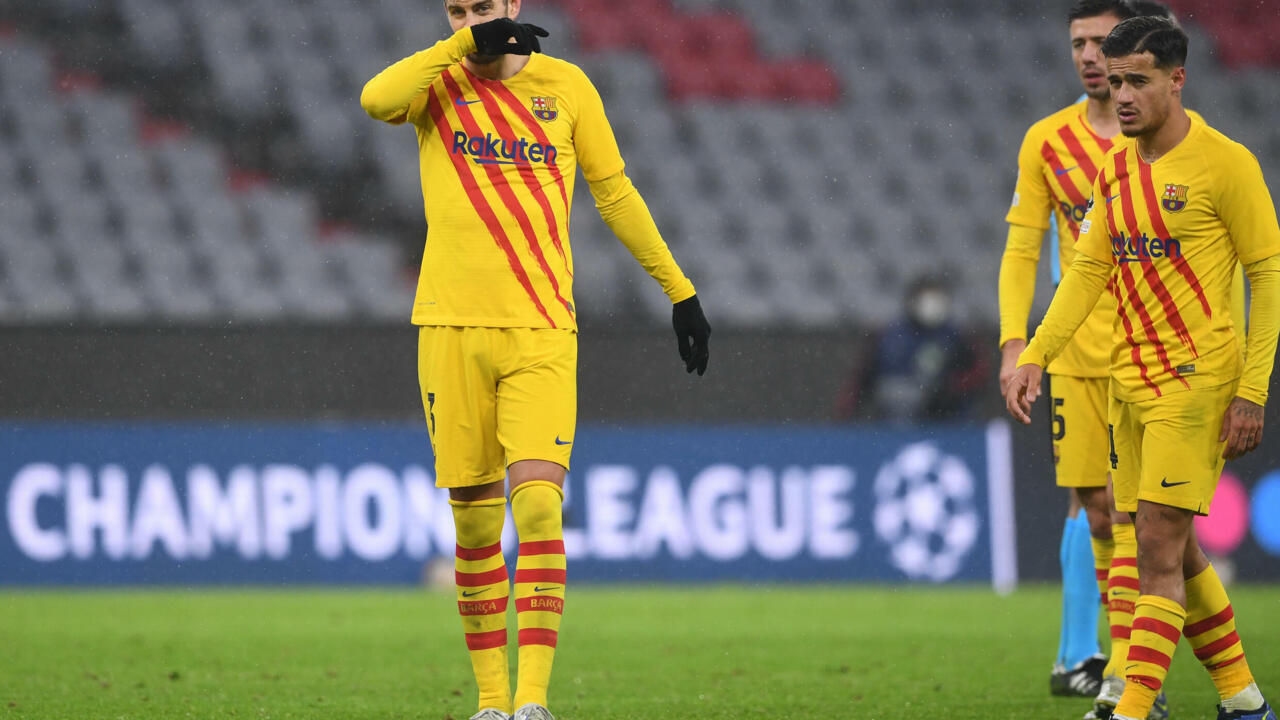 After the heavy defeat Wednesday evening on the ground of Bayern Munich (3-0), the faces of Barcelona were haggard.

Because the early elimination of Barça is unworthy of the club's status in the five Champions Leagues, subscribed to the final stages of the event but in permanent crisis for two years.

The joy of Bayern Munich players, after the 2nd goal scored by Leroy Sané at home against Barcelona, ​​during the 6th day of group E of the Champions League, December 8, 2021 Christof STACHE AFP

Barça has always appeared in the round of 16 of the Champions League since 2003-2004, the year he did not qualify for C1 after finishing 6th in Liga.

Worse: it had been more than 20 years since Barça had been eliminated in the group stage.

The last time was at the start of the millennium, during the 2000-2001 season: the Catalans finished 3rd in Group H behind AC Milan and Leeds.

And after four coronations condensed between 2006 and 2015, at the height of the domination of Barcelona-style play, the club has only regressed over the past four years.

In 2019, the Catalans had reached the semi-finals.

The following year, the quarters.

Last year, they were eliminated in 8th by Paris SG.

And this year, they haven't even passed the hens.

A heavy legacy for Xavi

This sledgehammer was predictable.

After a catastrophic start to the season on the European scene (3-0 defeats against Bayern at Camp Nou and 3-0 in Lisbon against Benfica), the mission was almost impossible on Wednesday on the ground of the Munich ogre, who did not had lost more on his home ground in the C1 group stage for eight years.

But the disillusionment remains immense for Xavi.

Barcelona coach Xavi during the match against Bayern Munich, counting for Matchday 6 of Group E of the Champions League, December 8, 2021 Christof STACHE AFP

Called to the bedside of his heart club in November in place of Ronald Koeman, Xavi failed to revive the machine in a month.

After a first hard blow last weekend, the defeat at Camp Nou against Betis Sevilla in La Liga (1-0), what consequences will this elimination have on the future of the Catalan's project?

Obviously, his place is not in danger, barely a month after his arrival.

This bad C1 campaign is likely to affect his group psychologically.

But paradoxically, it could also revive it.

Barça, far from having a bloated workforce, will now be able to focus on its other competitions: the Championship, where it is far from playing the leading roles (currently 7th 16 points behind the leader, Real Madrid), the Supercopa de Spain in Saudi Arabia, mid-January, the King's Cup, and therefore the Europa League, for which he was drafted as 3rd in a C1 group.

A budget in the red

This premature elimination will also affect the Blaugrana club on an accounting level, even though Barça is already in serious financial difficulties.

These 20.2 M EUR, in total, had however been provisioned in the budget for the current season ...

This is yet another hard blow for the finances of a club already in debt to the tune of more than one billion euros, which closed the 2020-2021 financial year with 481 million EUR of losses and which, before this lack of win due to elimination, had planned to close the 2021-2022 season with accounts barely in the green of 5 million EUR.

The work should run from mid-2022 to the end of 2025 and the club is preparing to take on debt up to 1.5 billion euros with the bank Goldman Sachs, according to the Catalan press, a loan to repay in 35 years.

The Camp Nou, during the clasico between Barcelona and Real Madrid, May 6, 2018 Pau Barrena AFP / Archives

Difficult, for now, to see the light at the end of the tunnel.