Japanese billionaire 'excited as a kid' before going to space

Japanese billionaire Yusaku Maezawa said he was "excited as a child" Tuesday, the day before his flight to the International Space Station, a trip in a Russian vessel that marks the return of ... 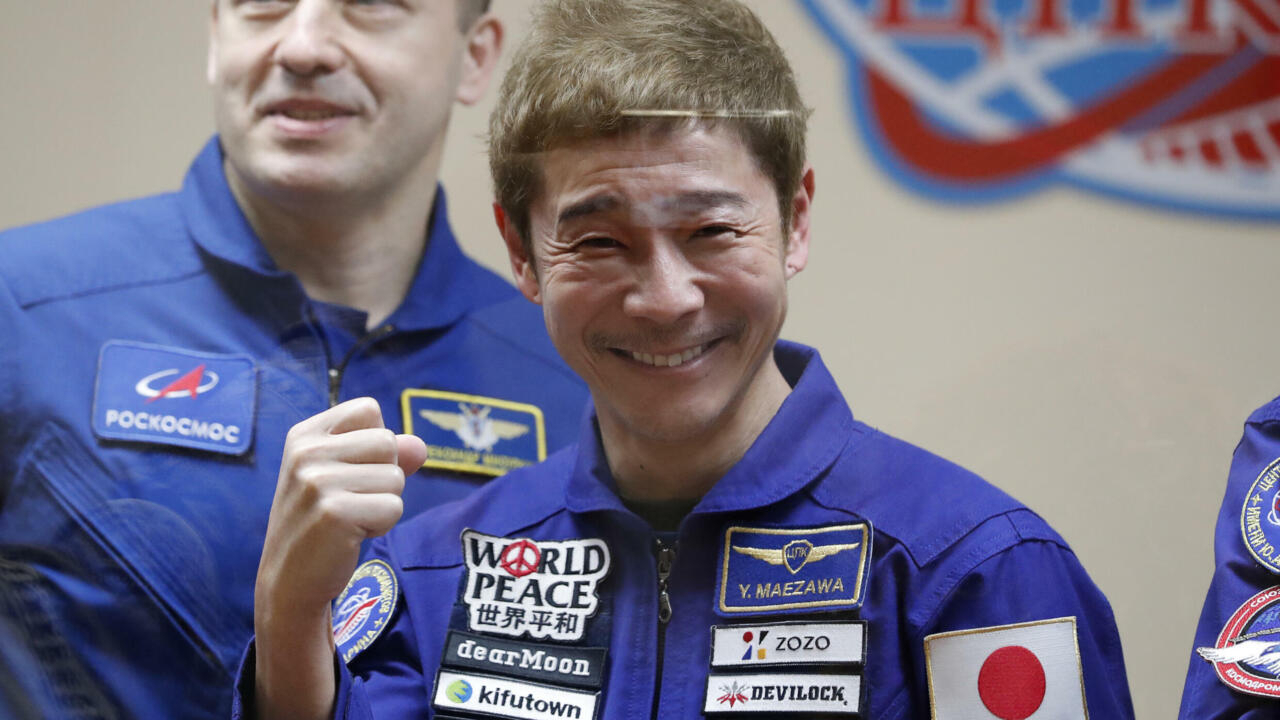 This very lucrative sector is currently experiencing a resurgence of interest, in particular due to the entry into the space tourism race of billionaires Elon Musk, Jeff Bezos and Richard Branson.

After a decade-long hiatus, Wednesday's Russian flight marks the return of the Russian Space Agency, Roscosmos, to the arena, as the country's aerospace industry is plagued by scandals and lost ground in the face of American competitors.

The whimsical 46-year-old Japanese billionaire Yusaku Maezawa, who made his fortune in online fashion, and his assistant Yozo Hirano are due to depart from the Baikonur Cosmodrome in Kazakhstan on December 8 at 0738 GMT.

Their flight is scheduled to last six hours, with docking scheduled at the Poisk module of the Russian segment of the ISS at 1341 GMT.

The two Japanese stay 12 days on board the station.

Mr. Hirano will have to video document their stay for the billionaire's YouTube channel, which has set itself 100 tasks to accomplish.

Cosmonaut Alexandre Missourkine, who will pilot the Soyuz, judged that his companions will have a busy schedule: "It will be a challenge to do everything".

He has planned a "friendly" weightless badminton tournament with the space tourists.

Seven people are currently on board the ISS, including two Russians and a Japanese.

A woman walks in front of a Soiuz rocket that has become a monument in Baikonur, Kazakhstan, December 5, 2021 Kirill KUDRYAVTSEV AFP

For several weeks, the two Japanese prepared in the City of Stars, a city built near Moscow in the 1960s to train generations of cosmonauts.

This mission, organized by Roscosmos and its American partner Space Adventures, will mark Russia's return to the space tourism race, after more than a decade of hiatus.

Roscosmos and Space Adventures had already collaborated between 2001 and 2009 to send extremely wealthy entrepreneurs into space eight times.

The trip of the two Japanese comes at a time when private flights in space are increasing.

Elon Musk's company also plans to take several tourists around the moon in 2023, including Mr. Maezawa, who is funding this operation.

Other private actors are in the ranks, such as the Blue Origin company of the founder of Amazon, the American Jeff Bezos, or even Virgin Galactic, of the British Richard Branson.

Japanese billionaire Yusaku Maezawa (r), here during a press conference the day before his departure, will fly on December 8, 2021 on the ISS with his assistant Yozo Hirano (l) and cosmonaut Alexandre Missourkine (c) SHAMIL ZHUMATOV POOL / AFP

As a sign of the Russian space sector's desire for a facelift, in October Roscosmos sent a director and an actress aboard the ISS to shoot the first feature-length film in orbit history, before a competing project of Tom Cruise.

In 2020, with the commissioning of SpaceX rockets and capsules, Russia lost its monopoly on manned flights to the ISS, and therefore also the tens of millions of dollars that went together for each seat that NASA and d other space agencies were buying aboard the Soyuz.