Ferrero in San Vittore, the intercepted daughter: "My father is out of his mind"

"I did not do one thing of the 16 criminal complaints I have! He doesn't mind. I want to get out of this mess", says Vanessa Ferrero, referring to her father in one of the wiretapping cited by the investigating judge in the precautionary custody order 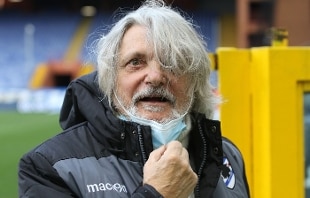 "Concrete and serious danger of repetition of crimes"

"A concrete and very serious danger of committing crimes similar to those for which one proceeds". This is what Paola's investigating judge writes in the precautionary custody order issued against Massimo Ferrero and others accused of bankruptcy due to the crash of four companies. In the provision, the judge writes that "the danger appears to be high that, when free to circulate in the territory, the suspects may operate illegally in a direct or mediated manner, also through mutual contacts and communications and / or with third parties". And again: "so much is evident from the plurality and the very modalities of commission of crimes characterized by the inclusion of an enlarged subjective and objective context, characterized,by a considerable preparation of halves by a considerable commitment in terms of management activity and by an enormous number of administrative and accounting operations ".

The intercepted daughter: "My father out of his mind"

"I have not done a thing of the 16 criminal charges that I have! He is not in his head, he is out of his mind. I want to get out of this mess." This was stated by Vanessa Ferrero, referring to her father Massimo, in one of the interceptions cited by the investigating judge of Paola in the precautionary custody order. From the intercepted dialogues emerges the difficult relationship that the daughter, under house arrest since yesterday, has with her father. "Instead of saying 'love sorry I put you in this shitty situation, to pay jail, when the problems are mine not yours, forgive me beloved daughter', that is how you should behave. .

In the investigation of the Public Prosecutor of Paola in which the now former patron of Sampdoria was arrested, the ex-wife Laura Sini is also investigated. For the woman, for whom the prosecutors had asked for house arrest, the investigating judge ordered a temporary ban on carrying out business activities and management offices of legal persons and businesses, banning her for 12 months. Laura Sini is being investigated in her capacity as a director of Ellemme at the time - until December 2010 - for fraudulent bankruptcy for distraction.

In the investigation, in addition to Ferrero, who was taken to prison, his daughter Vanessa and grandson Giorgio were arrested and placed under house arrest.

"Massimo Ferrero is an exceptional commercial but he is even his own worst enemy. Today he would risk ... wanting more and more ... he says he's not greedy but in reality he always wants more. "

This is what is stated in one of the interceptions mentioned in the precautionary order issued by the investigating judge.