The "Sheikh Hamdan Bin Rashid Chess Cup", organized by the Dubai Chess and Culture Club, was launched in the halls of the Dubai Exhibition Center at "Expo 2020 Dubai", the day before yesterday, and 24 players from the top masters in the game from 23 countries are competing for their titles. The official opening of the Secretary-General of the Council 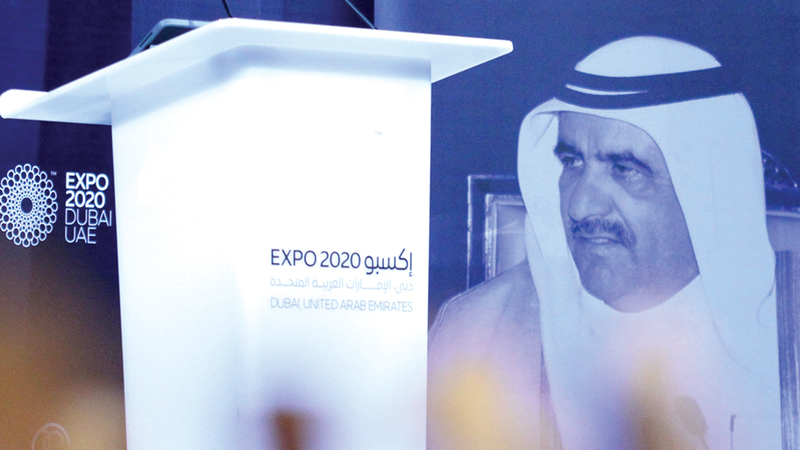 The "Sheikh Hamdan Bin Rashid Chess Cup", organized by the Dubai Chess and Culture Club, was launched in the halls of the Dubai Exhibition Center at "Expo 2020 Dubai", the day before yesterday, and 24 players from the top masters in the game from 23 countries are competing for its titles.

The official opening ceremony was attended by the Secretary-General of the Dubai Sports Council, Saeed Hareb, Sheikh Saud bin Abdulaziz Al Mualla, President of the Arab Chess Federation, Chairman of the Board of Directors of the Dubai Chess and Culture Club, Ibrahim Al Bannai, Vice President of the International Chess Federation, Bashar Quwatli, and members of the boards of directors of clubs and international federations. For chess, and followers of the game in the country.

The organizing committee summoned Irene Sukandar, who won the National Speed ​​Chess Day a few days ago, after one of the players apologized for not participating, as he was unable to travel to Dubai.

The results of the first day of the tournament were recorded, yesterday, with Russian Vladimir Fedoseyev leading the overall standings with three victories, while three players participated in the second place with two and a half points with two wins and a draw. They are: Belarusian Vladislav Kovalev, Hungarian Victor Ardos, and Spaniard Santos Miguel.

The championship continues its fourth round, today, where the leader of the Russian ranking, Vladimir Fedoseev, will meet with Belarusian Vladislav Kovalev, in an early meeting, with Hungarian Victor Erdos facing his Spanish counterpart Santos Miguel, and the matches will be completed with a purely Arab meeting that brings together Emirati champion Salem Abdul Rahman, with the Algerian international Bilal Belhassen, who was crowned a few days ago in the Arab Chess Championship.

The Chairman of the Dubai Chess and Culture Club, Ibrahim Al-Bannai, expressed his happiness with the start of the tournament, and said in a press statement: “The tournament bears the name of the late Sheikh Hamdan bin Rashid Al Maktoum, who founded the club, and had great imprints on the game of smart people locally and in the Arab world.” And internationally,” adding that “the successful launch of the first edition, the participation of champions from around the world, and its simultaneous holding of the Single World Chess Championship currently being held at (Expo), enhances our ambitions to include (Sheikh Hamdan Bin Rashid Cup) to be held annually within the activity of the Federation.” .

He continued, "The Masters Championship, with a total prize of $30,000, will be attended by the most prominent stars of the game, veterans on the international scene, and representatives from the Emirates: Salem Abdul Rahman and Saeed Ishaq."

The tournament matches are broadcast live through the official channels and social networking sites of the Dubai Chess and Culture Club, in addition to a number of chess sites on social media platforms.