[NHK] New York City, USA, has been working for all companies in the city since December 27 as a countermeasure against infection with the new mutant virus Omicron strain. 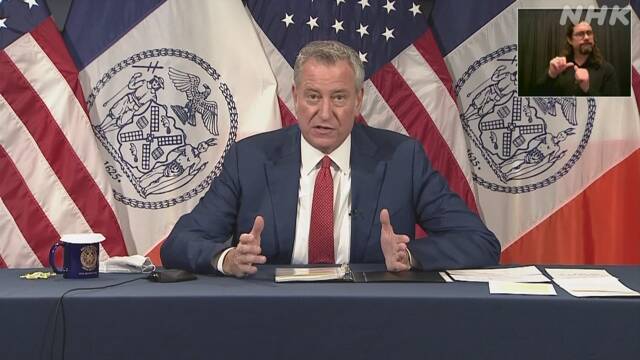 The city of New York in the United States has announced that it will require all companies in the city to vaccinate employees from December 27 as a countermeasure against infection with the new mutant virus Omicron strain.

This was revealed at a press conference by Mayor De Blasio of New York on the 6th.

According to this, from December 27th, all companies in the city will be required to vaccinate their employees.

It is the first time in a city in the United States that employees are obliged to inoculate, and it has been pointed out that the infectivity of Omicron strains is strong, the cold weather will be severe, and people will be in the holiday season. It mentions that there will be more opportunities to get together.

Penalties for violations will be announced on December 15th.

With about 184,000 target establishments, Mayor De Blasio said, "We need to take very bold and proactive actions to deal with new threats," and asked for understanding. rice field.

In addition, New York City has so far requested that people over the age of 12 who use indoor restaurants and theaters be presented with a certificate showing that they have been vaccinated at least once. From day to day, the target will be expanded to those over 5 years old, and except for those who have been vaccinated with the Johnson & Johnson vaccine once, we will ask for a certificate of vaccination twice.