Between the West Indies and chlordecone, ultratoxicity under the eye of the microscope

The ongoing social crisis in Guadeloupe and Martinique has put the sensitive subject of pollution in the Antilles with chlordecone back on the table. This very toxic insecticide, banned since 1993 on all… 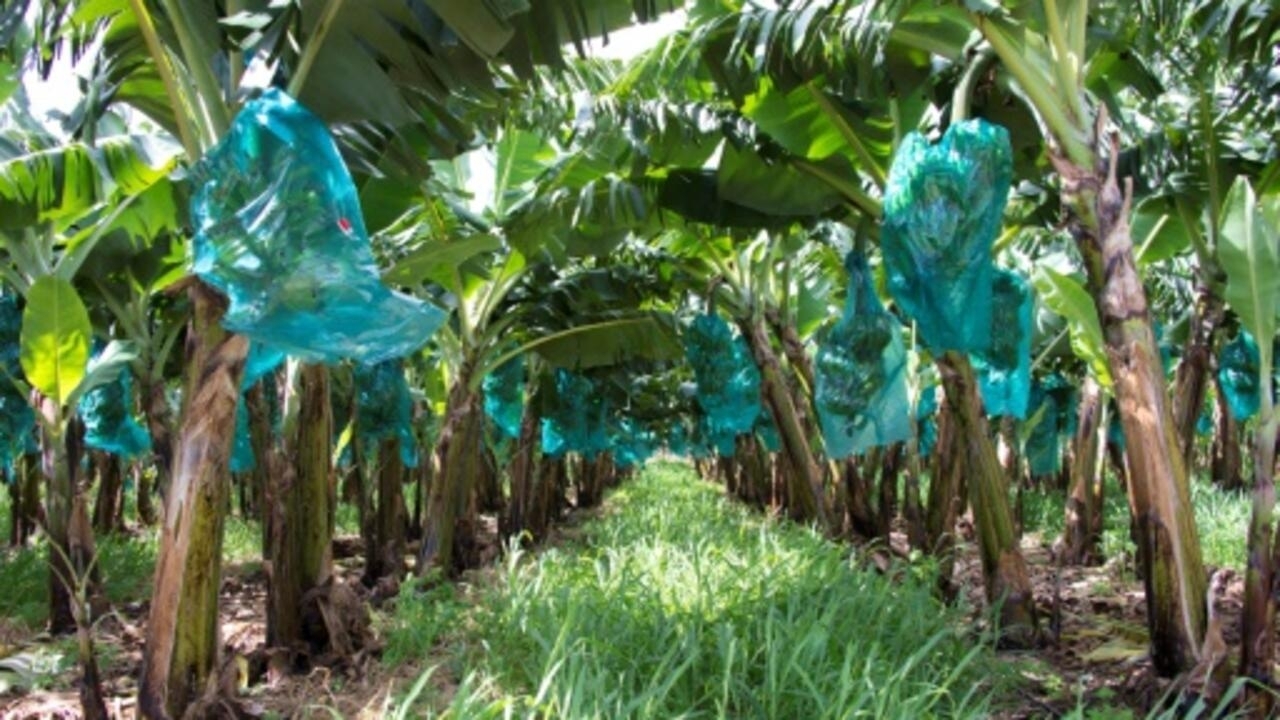 Chlordecone has left a mark on the West Indian population. At the height of the crisis that has shaken Guadeloupe and Martinique since the end of November, this insecticide highly toxic to humans and the environment has been regularly mentioned to justify social protest, even its violence. Former agricultural workers, who were exposed to it for years in banana plantations, believe that chlordecone is responsible for several pathologies, including cancer and neurological diseases. This pesticide is now the subject of several scientific studies aimed at finding out more about its effects on health and the environment.

Chlordecone was first used in banana plantations in Guadeloupe and Martinique against an insect, the banana weevil, in 1972. Banned in 1976 in the United States, the substance was classified as possible carcinogenic to humans by the United States. World Health Organization in 1979. France in turn banned it in 1990. However, a ministerial exemption allowed its spraying to continue until 1993 in the West Indies.

The insecticide which polluted the bananas spread in the soil, then in groundwater, rivers and the seacoast.

Since the molecule degrades very slowly in soils, it is difficult to know how long it will be present underground.

According to the National Research Institute for Agriculture (lnrae), "its persistence could extend over one to five or six centuries".

Almost all of the infected population

Today, chlordecone has contaminated, at various levels, more than 90% of the population of the two islands, according to Public Health France and Inserm. “Overall in terms of the dangerousness of chlordecone, its intrinsic toxicity is well known,” says Luc Multigner. To date, 724 publications on chlordecone are referenced in the PubMed bibliographic database.

Research on the health consequences of chlordecone is not new. The first studies took place in the 1960s. In laboratory animals, researchers detected neurological disorders, but also testicular disorders and hepatic tumor lesions. In the mid-1970s, scientists then discovered neurological damage and increased liver size in workers at the chlordecone manufacturing plant in Hopewell, United States.

A few years later, work has shown that chlordecone has hormonal properties.

Today, it is considered to be an endocrine disruptor.

"Twenty years ago, when the file on chlordecone received very little media attention, there was a series of work carried out by Inserm to find out whether this pollution was contaminating the population. It was found that the West Indian population was indeed contaminated, since chlordecone is found in the blood of the majority of people studied ", explains Luc Multigner.

>> See also: The European islands, far from the eyes and the heart?

In Martinique, after the chlordecone scandal

"Once this was done, the question was: do these traces of chlordecone in the blood cause health effects?" In the 2000s, the Timoun study ("child", in Creole) led by Inserm then highlighted a link between the levels of exposure of chlordecone during pregnancy and an increased risk of premature birth. Numerous data acquired during the follow-up of children born to the Timoun cohort are being analyzed to understand the impact on their development. Other research is in progress, in particular on the evolution of chronic hepatitis.

As early as 2010, the Karuprostate study, coordinated by Luc Multigner and Pascal Blanchet, head of the urology department of the Pointe-à-Pitre University Hospital, had made it possible to identify a link between the occurrence of prostate cancer and exposure to this harmful substance. "It has been observed that the more men were exposed to chlordecone, the more they had an increased risk of developing prostate cancer", summarizes Luc Multigner. "In the West Indies, the incidence rate of this disease is almost twice the estimated incidence rate in mainland France over the period 2007-2014", is it indicated in a study by Inserm entitled "Pesticides and health effects ”and updated last June.

What complicate the task of scientists. This over-incidence "is explained in large part by the sub-Saharan origins of the population, an ethnogeographic group known to present a high natural risk of developing the disease", it is mentioned in the document. In other words, "if chlordecone did not exist in the West Indies, there would still be prostate cancer in these areas. However, chlordecone increases the risk of developing this disease", summarizes Luc Multigner.

Faced with a worried West Indian population, the National Cancer Institute also launched on November 9 a multidisciplinary research program on the link between exposure to chlordecone in the West Indies and the risk of developing prostate cancer. For five years, researchers in different disciplines (epidemiology, human and social sciences, clinical science) will work on this subject to "go further in the understanding of the role of chlordecone in the risk of occurrence of prostate cancer as well as its perception. and its social consequences in the West Indies ".

In this context, the Minister of Agriculture and Food Julien Denormandie announced, on November 28, that a decree recognizing prostate cancer as an occupational disease following the use of this pesticide will be taken " before the end of the year".

🔴 @J_Denormandie announces the publication of a decree "before the end of the year" to recognize prostate cancer as an occupational disease, linked to the use of pesticides, including #Chlordecone.

Research is progressing more and more on this emblematic effect of chlordecone. A new study (Cohort KP-Caraibes-Breizh) on prostate cancer "will pay particular attention to environmental contaminants (including chlordecone) on the course of the disease according to treatments", according to the Research Institute in health, environment and work.

Faced with a worried West Indian population, the National Cancer Institute also launched, on November 9, a multidisciplinary research program on the link between exposure to chlordecone in the West Indies and the risk of developing prostate cancer. . For five years, researchers in different disciplines (epidemiology, human and social sciences, clinical science) will work on this subject to "go further in understanding the role of chlordecone in the risk of the occurrence of prostate cancer as well as its perception and its social consequences in the Antilles ".

If there is scientific consensus, politically that is another matter. On February 1, 2019, Emmanuel Macron, who had denounced six months earlier an "environmental scandal" and recognized, for the first time, that "the State has its share of responsibility", spoke again on the subject. "We must not say that it is carcinogenic. It is established that this product is not good, there are prevalences which have been scientifically recognized, but we should not go so far as to say that it is carcinogenic because we are saying something that is not true and that we feed fears ", then declared the Head of State. This had provoked the indignation of elected officials from overseas and scientists, including Luc Multigner. The Elysee had, after the fact,pleaded a "misunderstanding". "The president said that the chlordecone pollution was a scandal, that's good. But to say at the same time: 'There is no danger' is contradictory," says Luc Multigner.

All the scientific studies carried out so far have helped the authorities to put in place successive action plans, which aim to protect, educate the populations and repair the damage caused. Specific measures have been taken. For example, food produced in the West Indies cannot contain more chlordecone residues than the maximum limit allowed by the state. In addition, many areas are closed to fishing because the fish are contaminated.

These decisions also had socio-economic consequences as some breeders and fishermen could no longer continue their activities.

And the deployment, this year, of the fourth plan to fight against pollution by chlordecone was not enough to calm tensions among the population.

The Guadeloupe and Martinican associations which lodged a complaint against the State in 2006 for "endangering the lives of others" are still awaiting a trial.

Because of the limitation period, it risks being dismissed.