The Minister of Civil Affairs looks to make Hitler's greeting in the picture: "An attempt to ironize"

The site Nyheter i dag now publishes a picture where Minister of Civil Affairs Ida Karkiainen (S) looks to make a Hitler greeting. To SVT Nyheter Norrbotten, she says that she has no memory of having made such a gesture. - If it is the case that I have done it, then it is an attempt to ironize over that type of ideology, she says. 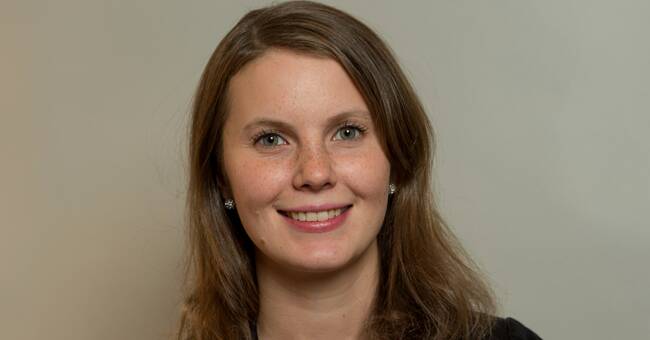 On Monday evening, the site Nyheter i dag published a picture depicting a young Ida Karkiainen (S) when she does what appears to be a Hitler greeting.

- I can say that I have no memory of having made such a gesture, says Ida Karkiainen (S).

It was on November 30 that Ida Karkiainen from Haparanda was appointed Minister of Civil Affairs in Magdalena Andersson's (S) new government.

Then she said to Aftonbladet, when asked if she has any "corpses in the closet": "Not what I know.

I am very, very snow white in that area. ”

But now this picture of the Minister of Civil Affairs is published where she makes a gesture that looks like a so-called "Hitler greeting".

- This is a picture of me when I am 15 years old and it is from our apartment that my partner had then, she says to SVT Nyheter Norrbotten.

She says that the picture was probably taken in some kind of party context.

But she also says that she never moved in any context that would be connected to the white power environment.

- It may have been played Ultima Thule and that kind of music in those contexts, but in that case I have gone and turned it off and said that it is not okay.

Young people listened to Ultima Thule in the 90s, it was not unusual, she says.

- I have always been confident with my opinions and to stand up for the equal value of all people.

People around me can confirm that.

Can be interpreted as a Nazi salute"

What can you say about this picture that Nyheter i dag publishes?

- It is a picture where I make a gesture that can be interpreted as a Nazi greeting and I have no memory of having made such a gesture.

But I have never done anything like that to sympathize with such an abominable ideology as Nazism.

In that case, it has been to ridicule or ironize about it, says Ida Karkiainen.