Space: ArianeGroup will in turn develop a reusable launcher

The European company ArianeGroup will follow in the footsteps of the Americans at SpaceX and develop its own reusable launcher, Economy Minister Bruno Le Maire announced on Monday, exposing the… 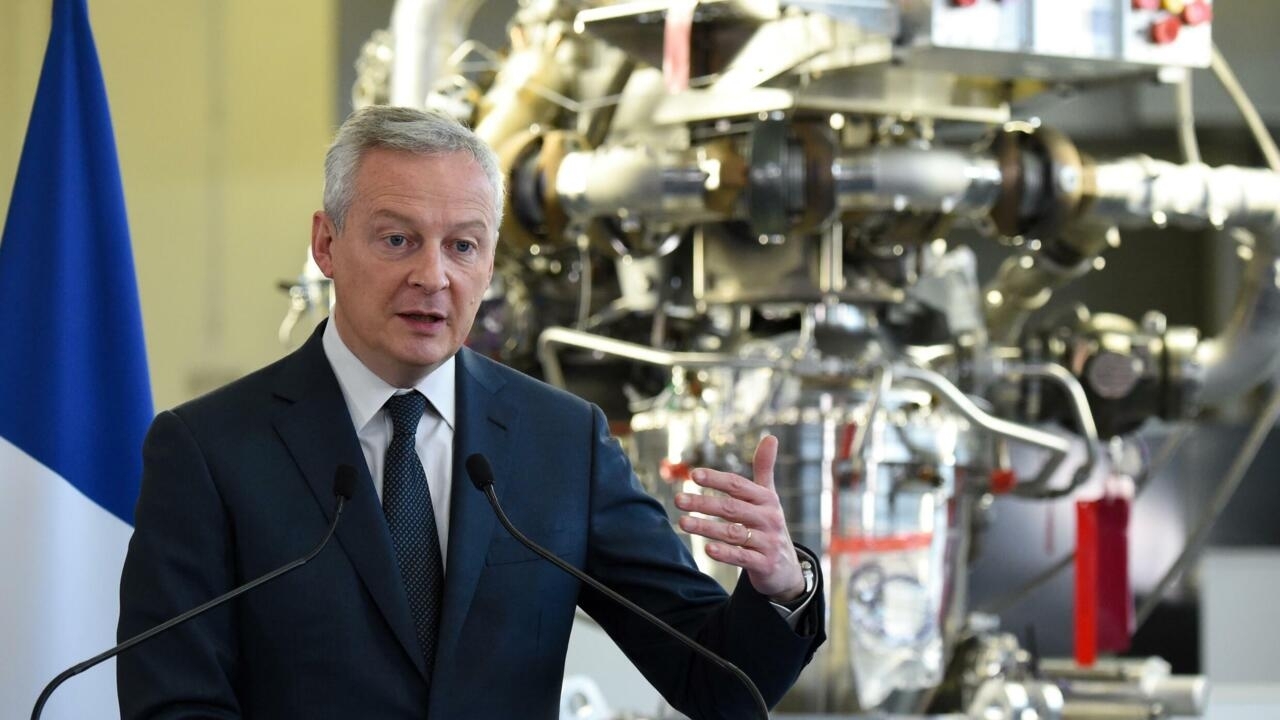 Europe "missed the turn of the reusable launcher, we did not believe it, we fell behind compared to our American partners who developed SpaceX and Falcon 9, and this delay must be made up", conceded Mr. Le Maire, presenting France's new space strategy, supported by 1.5 billion euros from the "France 2030" plan.

This launcher called Maïa "must be able to be operational in 2026", affirmed Mr. Le Maire, who spoke during a visit to the ArianeGroup site in Vernon, in Eure in Normandy, where the large Ariane rocket engines.

This strategy also includes the ambition to help "young shoots" to develop "micro-launchers", intended to put small satellites into orbit which are also reusable.

In short, it is a question of "putting back a little competition in the world of space", according to Mr. Le Maire, at a time when the projects of small launchers multiply, in particular in Germany.

The Vernon site, whose employees were worried about the fallout from ArianeGroup's announcements in September concerning the elimination of 600 jobs in France and Germany, is intended to see its workforce increase, promised the minister who was surveying his Eure. electoral lands.

Certainly, Vernon will lose the Vinci engine, one of those equipping Ariane 6, but activity will be provided by the future heavy engine Prometheus and the return of the "turbopump" activity, underlined Mr. Le Maire.

Vernon will also be the site for the development of the future reusable mini-launcher.

ArianeGroup is not starting from a blank page since in addition to Prometheus, which can be used several times, it has already developed a reusable floor demonstrator, called "Thémis".

The ArianeGroup logo, on the group's site in Vernon, in the Eure, December 6, 2021 Eric PIERMONT AFP

"The best will win"

"There was no question for us to say that we were giving up on the reusable launcher", hammered Mr. Le Maire: "the best will win".

Micro and mini-launchers respond to the rise of small satellites (less than 500 kilos) in low orbit, a few hundred kilometers, a request that has helped to promote the emergence of players such as SpaceX, the first company to reuse the first stage of its rockets, since the mid-2010s.

The latter company, which benefits from contracts from NASA, lowered costs in the sector by developing pioneering technology for reusable launchers, including their flagship Falcon 9 rocket, positioned on the niche of medium to heavy launches.

On the sidelines of the ministerial visit, an agreement was signed Monday between ArianeGroup and its parent companies, Airbus and Safran, to develop hydrogen propulsion activities for aeronautics in Vernon.

While air transport is under pressure to reduce its carbon footprint, Airbus is working on the development of hydrogen-powered aircraft, with the goal of mass production in 2035.

For its part, ArianeGroup's major project is the preparation of its future Ariane 6 heavy launchers, whose inaugural qualification firing is scheduled for the second half of next year.

At present, "Ariane 6 is the right solution", it "will work and make the pride of the French in 2022", enthused Mr. Le Maire, refusing to oppose his technology and that of reusable launchers : "the two are complementary".

By calling on the countries of the Old Continent to "apply the European preference" and use European launchers for their satellites, the Minister recalled that Ariane 6 was to carry out seven launches per year, four of which are already provided by institutional sponsors. .

"We will have no trouble finding the three private launches that will guarantee Ariane 6's economic model, I am even convinced (...) that we will be able to do better," assured Mr. Le Maire.