The first EU delegated act on taxonomy, which had removed nuclear and gas, had been blocked by the countries just waiting to see how the Commission would solve the question of the two energy sources. The "Canfin compromise" under study 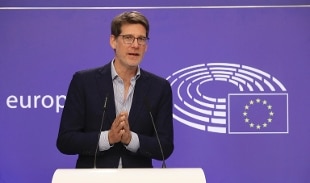 06 December 2021 The EU moves towards the inclusion of investments in nuclear and gas in the list of sustainable economic activities, the green taxonomy. The decision is expected in the next few days, in tomorrow's Ecofin the States will have the last chance to send a signal in the opposite direction.

"It is time to decide, with the new German government and before the French EU presidency", says

president of the Environment Commission of the European

, very close to the Elysée, proposing a compromise: "Gas source of transition subject to conditions, such as nuclear power, with the possibility for investors not to consider both ".

The compromise proposed by Canfin, "which I know the Commission is studying very carefully", said the MEP, closely resembles the French document circulated a few weeks ago. A gas plant would be considered sustainable - even if "in transition" - by the EU if it replaces a coal plant, only until 2030-35, and with emissions of less than 270 grams of CO2 per Kilowatt hour produced on average over the entire cycle of life.

Nuclear "has emissions close to zero - says Canfin - but cannot be considered green per se due to the environmental risk and that of waste, but the economic activity of waste management could be the subject of another legislative act in 2022". "These solutions - he adds - are compatible both with the position of France and with the coalition contract of the new German government".

"We have always realized that gas and nuclear power could have stopped everything, now the time has come to decide", explains Canfin.

What is green taxonomy

The EU green taxonomy regulates which investments will be considered sustainable and which will not. Contains the technical details on the basis of which this green label can be awarded. The green taxonomy criteria aim to accelerate the continent's energy transition to a low-carbon economy.

The first EU delegated act on taxonomy, which had removed nuclear and gas, had been blocked by the countries just waiting to see how the Commission would solve the question of the two energy sources.

The provision is still awaiting the go-ahead from the EU ministers, who, however, have the last chance at Ecofin tomorrow to reject it.

Silent assent is enough for approval, for the opposition it would take a double qualified majority (72% of the member countries and 60% of the population).