Johanna Modig in Gällivare has the unusual disease cystic fibrosis which has made her life extremely limited. But a new drug has given her a life she has never had before. 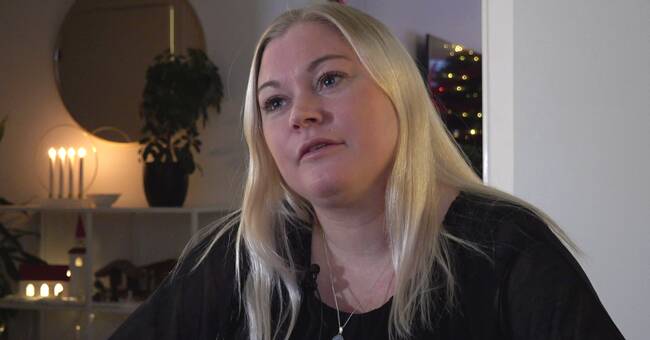 Cystic fibrosis means that the glands in the body do not function normally.

According to the National Board of Health and Welfare's description of the disease, the glands secrete a viscous mucus that affects the lungs and gastrointestinal tract.

"The pain in my body was terrible"

Johanna Modig was forced to use an inhaler four hours a day.

For long periods she had to take antibiotic drops with nausea, itching, fever and joint pain as side effects.

It was especially difficult in the mornings.

- The pain in the body was terrible.

It took ipren and hot baths before my body started, she says.

But for Johanna Modig, it turned around almost two years ago when she received the drug Kaftrio.

It is a relatively new drug and is considered too expensive for the regions in Sweden to pay for everyone who could be helped by it.

Johanna Modig has access to the medicine free of charge.

This is thanks to a so-called compassionate use program through the manufacturer and the Medical Products Agency.

This presupposes that the patient's condition is considered life - threatening.

Johanna Modig now hopes that her radically improved condition will lead to more people being able to access the medicine.

In the video, she describes how life has changed - and what it means to have a functioning everyday life for the first time.