Italy shields its Christmas from the increase in Covid cases and the threat of the omicron variant that is spreading across Europe. From this Monday, Italians are divided in two ... 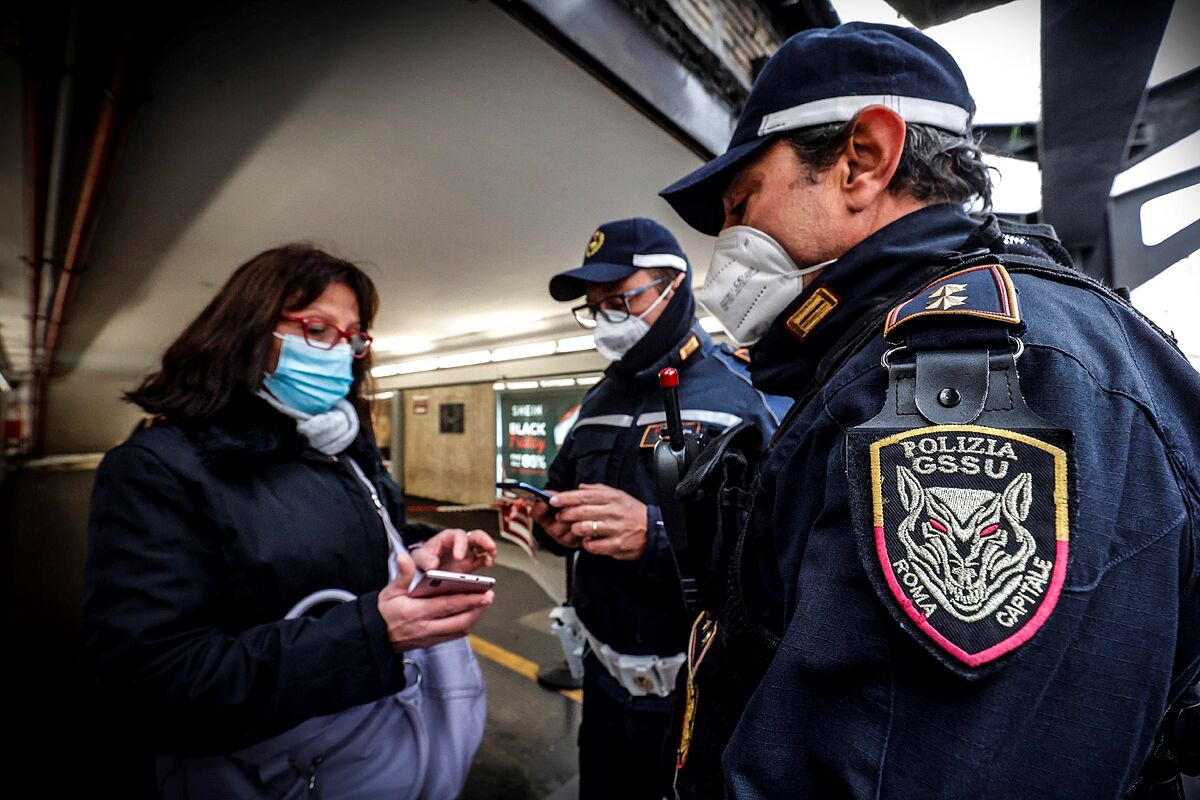 Italy shields its Christmas from the increase in Covid cases and the threat of the omicron variant that is spreading across Europe. From this Monday,

Italians are divided into two categories

their social life is restricted.

in the last six months. The normal 'Green Pass', which has been in force in Italy since October, is mandatory for all workers and is granted to those vaccinated, cured but also presenting a negative test. Therefore, the unvaccinated who until now could acquire a passport with a negative Covid test will not be able to upgrade unless they are vaccinated.

Holders of the 'Super Green Pass'

, bars, cinemas, theaters, sporting events and discotheques. The unvaccinated, on the other hand, can only travel by public transport, go to their jobs, eat in hotel restaurants or attend ceremonies such as weddings or baptisms. No company dinners, not even outdoors, or nights out. Only in the 'white areas', with a very low level of contagion, will the unvaccinated be allowed to consume in the bars of bars and restaurants.

With a significant increase in daily positives -15,000 in the last 24 hours-, the measure imposed by the Government of

will be in effect until January 15.

The objective is to keep all activities open even if the data worsens, but

preventing the unvaccinated from going to risky places

, and indirectly pressuring the undecided to take the step to be immunized.

In addition, the regions that after January 15 present a contagion alert level in 'yellow' or 'orange' (with 'red' being the most serious) will continue to apply this super passport.

Controls, especially on public transport, will also increase during Christmas,

under penalty of a fine if the rule is breached.

The new decree affects the six million Italians over 12 years of age who have not yet passed through vaccination centers.

More than 45 million have done so, placing the

immunized rate at more than 84%

A percentage much higher than the total of the European Union average, 68%, with the complete guideline.

Italy was a pioneer in the EU in imposing the Covid passport on workers and in obliging its health personnel to vaccinate.

As of December 15, other groups of professionals - administrative personnel of Health and Education, teachers, military, police and members of the Relief Services - will join this last norm, who will

not be able to exercise without being vaccinated either

With these reinforced measures, the country joins the pressure campaign of various community partners against the unvaccinated, who will find it increasingly difficult to lead a 'normal' life in society.

This strategy, prior to the debate opened last week by

on the mandatory vaccine in Europe, goes through restrictions, confinements, fines and social isolation.

Last week, other Union partners such as Germany announced strong measures against the unvaccinated.

The government of the acting Chancellor,

, vetoed the entry to all non-essential businesses to the non-immunized and reduced their social contacts to two people maximum.

With the advance of the fourth wave in Europe,

countries outside the EU are taking measures to protect their borders

In Switzerland, in addition to the imposition of the certificate to enter closed spaces, on Saturday the obligation to do ten days of quarantine for travelers from a dozen countries on its "red list" was abolished, Efe reported.

the virus detection controls will be reinforced by

t-tests: both vaccinated and recovered must carry a negative PCR and undergo a second test (valid for antigens) between the fourth and seventh day after arrival.

Covid-19 The sterile debate on mandatory vaccination in Spain

HealthThe EU closes its doors to travelers from South Africa