In Afghanistan, hunger sets in and threatens "especially babies under six months"

In Herat, in western Afghanistan, Médecins Sans Frontières (MSF) notes a worrying increase in malnutrition, which is worsened in babies under six months. More than one child in five ... 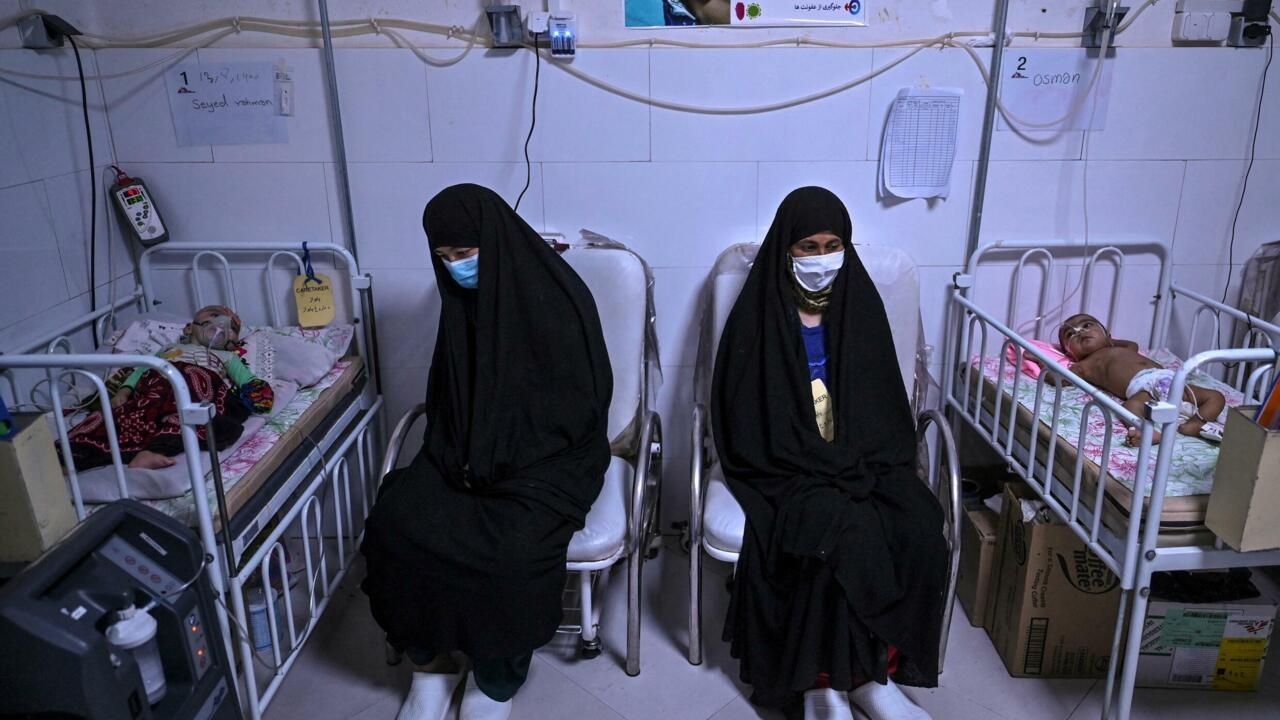 In Afghanistan, hunger is spreading and infants are the first to be affected.

Malnutrition, already entrenched in a country plagued by 40 years of war, has worsened in recent years after severe droughts.

The Taliban's rise to power on August 15, and the international sanctions that followed, plunged the country into a serious humanitarian crisis.

Faced with the influx of children suffering from malnutrition, Médecins sans Frontières (MSF), which has a specialized clinic, installed just next to the public hospital in Herat, has increased in recent months from 40 to 75 beds.

The NGO receives around sixty new patients there each week and calls for the lifting of international sanctions affecting humanitarian aid.

More than one in five children who come to this clinic in the largest city in western Afghanistan will not survive.

: What situation do you encounter in Herat

Are the Afghans going through a famine

The World Health Organization is not yet talking about famine.

But the indicators are worrying in the country, especially among the smallest.

We opened the Hérat therapeutic feeding center in 2019 with 40 beds.

This is the first time that we have had to increase to 75 beds this year, sometimes with up to two children treated per bed.

We care for a lot of children under two years old, especially babies under six months old who are malnourished.

Many mothers are themselves malnourished, they go without food so that their other children can feed themselves, then they find themselves unable to breastfeed.

The infant mortality rate linked to malnutrition is very high, it reaches 15%, while in therapeutic feeding centers, it is generally 3 to 5%. In Herat, we deplored 55 deaths between October and November. In 2021, 240 children died, including 117 under six months. One of the problems we have is that our patients arrive too late at the hospital and most of the children die within the first 24 hours. One of the reasons is that they come from far away, some cover more than 200 kilometers.

Afghanistan has been experiencing a drought for several years, but that is not the factor that has caused this wave of malnutrition. The problem stems from the financial crisis the country is going through: banks are closed, there is not enough liquidity, cash withdrawals are capped at $ 200 per week and per family. What colleagues in the field tell us is that the market stalls in Herat are not empty, only people can no longer buy food for the whole family. In addition, there is inflation: we estimate the increase in the cost of daily expenses for Afghans at 20%. But people have little or no work at all. Some civil servants, particularly hospitals, have not been paid for six months.

What is the state of the Afghan health system

The health care system has collapsed.

There are no more donors.

Half of the hospitals are no longer funded.

The World Bank financed nearly 75% of the Afghan health system, but it froze its financing after the takeover of the Taliban.

The UN has not yet lifted humanitarian sanctions while the United States has granted exemptions.

In the meantime, the whole system relies on NGOs.

There are children who come to us with malnutrition which is the consequence of another disease, a chronic pathology or a heart defect, for example.

Patients end up there because Afghan hospitals no longer have the means to take care of them.

We have increased our capacities all over the place.

In Hérat, the hospital has a pediatric service, we were in discussions to support them in this area, but everything has accelerated.

We now provide intensive care and pediatric resuscitation for the region.

They lack the resources, they only have 24 nurses and 8 doctors - interns - to look after a hundred beds with three to four children per bed.

The ICRC [International Committee of the Red Cross] has also doubled its budget.

They will fund 18 hospitals in the country.

Many of us are calling for the lifting of sanctions on humanitarian aid because this crisis is likely to worsen.

Did the Taliban hinder your actions on the ground

All of our projects in Afghanistan have remained active.

On the contrary, we have increased our operational response.

So far, we have not experienced any restrictions to work, including for our female staff.

Almost 70% of our employees at Hérat are women and they work.

Rather, we received reassurances from the contacts we had with the Taliban.

At the national and regional level, they are very demanding that we can take care of the children, because the health system has collapsed.