Former Kansas Senator Bob Dole, the unsuccessful Republican Party candidate for the 1996 US presidential election, died Sunday at the age of 98, the Elizabeth Foundation announced ... 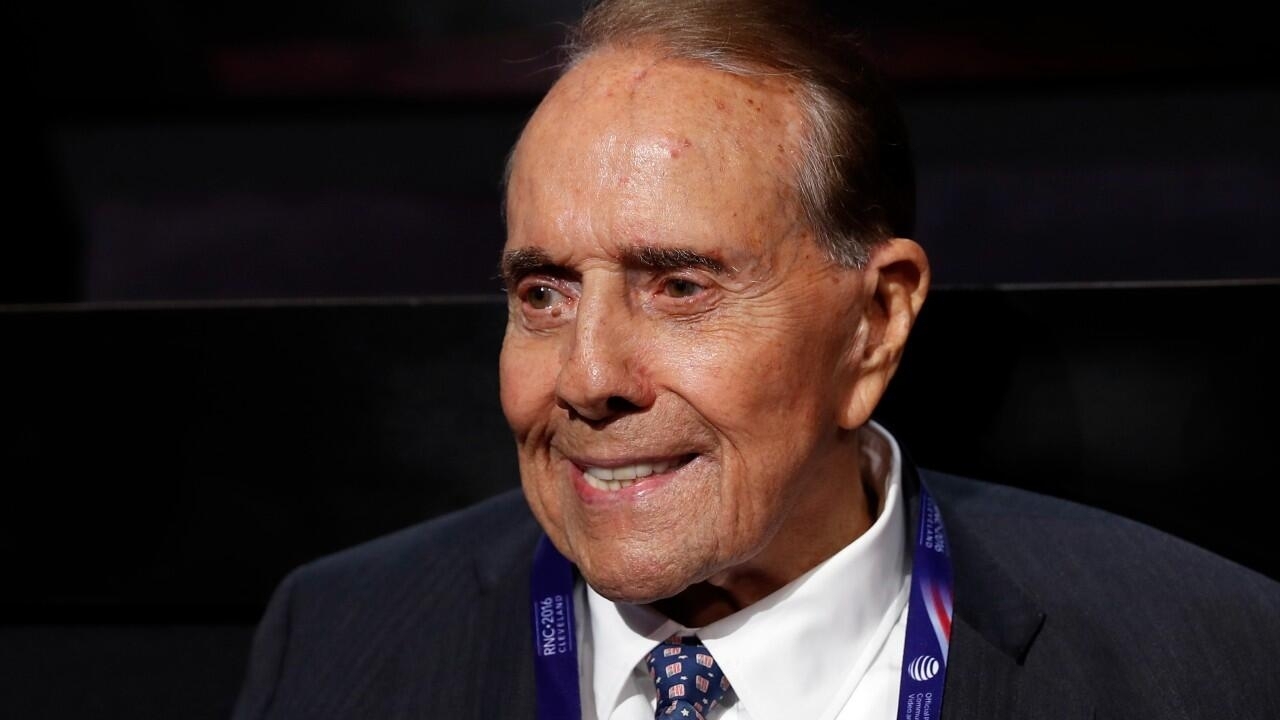 A figure in American politics and unsuccessful candidate for the White House in 1996, former Republican Senator Bob Dole died in his sleep on Sunday, December 5, at the age of 98, the news triggering an influx of tributes to this "war hero" having embodied the values ​​of deep America.

A veteran of World War II, three-time candidate for the Republican nomination, he finally entered the presidential race in 1996, but was defeated by incumbent President Bill Clinton.

Shortly after the announcement of his death by the founding of his wife Elizabeth Dole, current President Joe Biden hailed an "American statesman like few in our history", "a war hero", but also "a friend" having "a sense of honor and infallible integrity".

He ordered all federal flags at half mast until Thursday.

>> To see: Corentin Sellin, professor: "The United States is not just a transatlantic power"

“America has lost one of its heroes, our family has lost its rock,” the Dole family said in a statement.

In February, the former senator announced that he had advanced lung cancer.

Politicians have paid homage to a man who, according to former Secretary of State Mike Pompeo, "believed in America's uniqueness with all his heart."

For ex-President Donald Trump, Bob Dole was "an American war hero and a true patriot" who "served the great state of Kansas with honor and made the Republican Party stronger."

On the other side of the political spectrum, Barack Obama spoke on Twitter of "a war hero, a political leader, and a statesman" whose generation placed "the country above the party".

Senator Bernie Sanders, a figure on the left, praised a man who "served his country with courage on the battlefield and with dignity in the Senate."

The Democratic President of the House of Representatives, Nancy Pelosi, ordered the flags of the Capitol to be half-masted in honor of this "man of his word" who "personified courage and excellence in public service".

Bob Dole, dismissed by Ronald Reagan in 1980 in the battle for the Republican candidacy, then by George Bush senior in 1988, persisted and finally won in 1996.

Facing young Clinton, Bob Dole embodied the precepts of rural America before the 1960s: family, religion, patriotism, integrity, modesty, work and respect for the word given.

The outgoing president will easily win against the 73-year-old who seemed outdated in the era of television politics.

During the campaign, the Republican, who said he had "suffered hardships" and was "not afraid to lead", had notably criticized the Democrat for having offended the army by wanting to open its doors to homosexuals.

Twenty years earlier, Bob Dole had already lost the 1976 presidential election, this time as a running mate, alongside Gerald Ford.

Returning a medalist but seriously injured from the Second World War, he underwent operation after operation for three years.

At the cost of exceptional tenacity, he learns to walk again and regains control of his body, with the exception of his right arm.

The people of Russell joined together to pay for his operations, as they rallied around the young lawyer he became and who entered politics in 1952.

He was elected to Congress in 1961, first as a representative and then a senator from Kansas, beginning a 35-year parliamentary career.

In the Senate, this slender and always tanned man, with a piercing black gaze, is known for his mastery of negotiation and the art of compromise, but also for his humor.

"He has achieved both conservative victories and great breakthroughs bringing together the two parties," Mitch McConnell said on Sunday, calling him "a constant leader and master in legislative matters".