Ducks of freedom: how the US is trying to convince European allies of the imminent "invasion" of Russia in Ukraine

Washington had to persuade its allies in Europe for a long time of the possibility of Russia's "invasion" of Ukraine, the media write, citing sources in the EU. At the same time, US Secretary of State Anthony Blinken said that Moscow would face "dire consequences" in the event of aggressive actions against Kiev. In an interview with RT, the press secretary of the Russian president Dmitry Peskov noted that very aggressive rhetoric is being heard from Western capitals against the Russian Federation, and numerous ducks appear in the media on this topic. At the same time, there is not a single warning to Kiev that the Ukrainian authorities do not even think about trying to resolve the crisis in Donbass by force, Peskov emphasized. Experts believe Washington is the main beneficiary of the current information campaign. 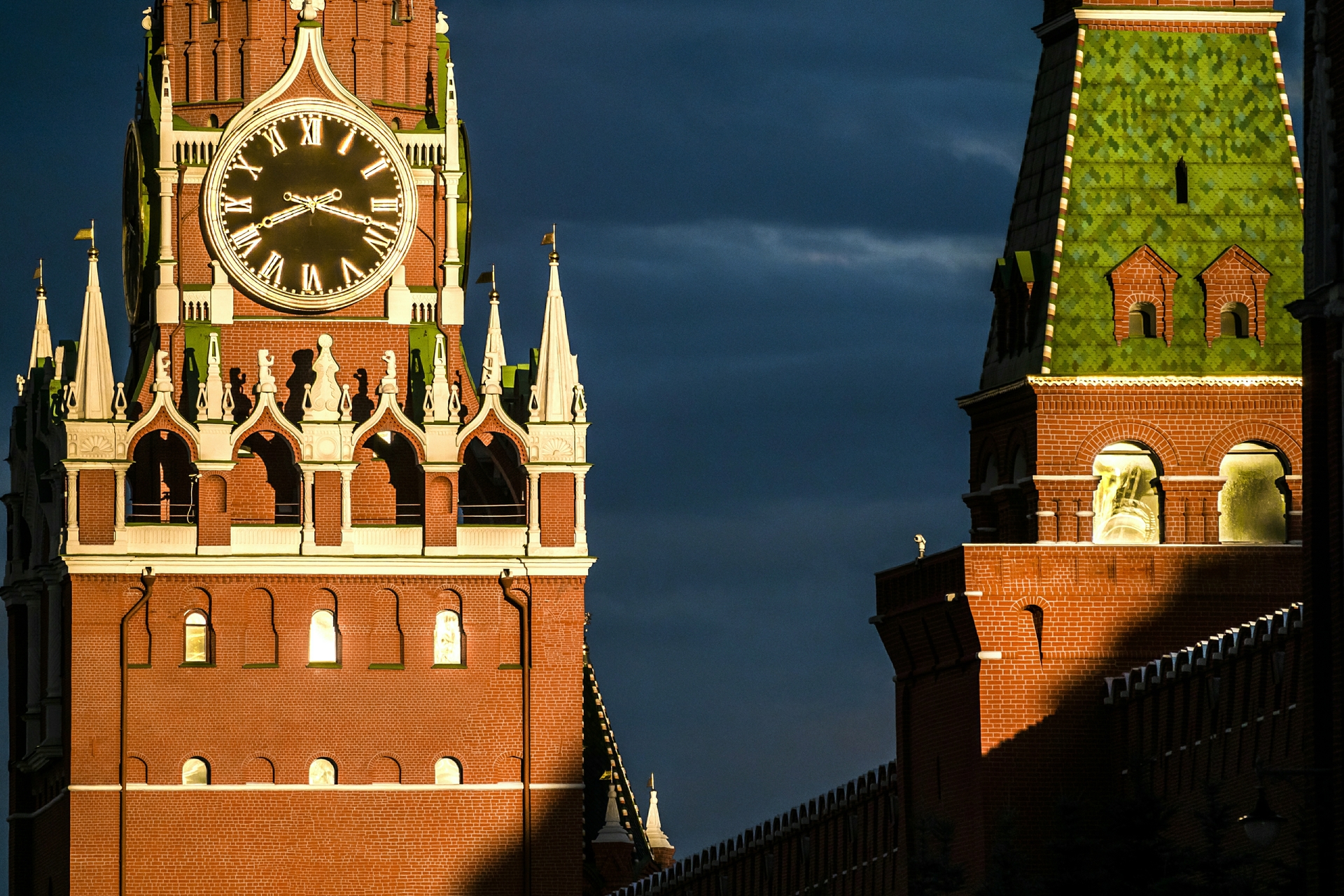 Washington had to work hard to convince its European allies that Russia could prepare an "invasion" of Ukraine.

This was reported by the Financial Times with reference to sources in the EU.

“Weeks of prolonged US diplomatic engagement with European countries, coupled with a display of intelligence usually targeted at its closest allies, helped convince a number of previously skeptical (European. -

) capitals, including Berlin, that the Kremlin could soon send its troops to Ukraine.

As a result, there was a lot of talk about the need for serious sanctions threats to contain the Kremlin, ”the newspaper says.

It is noted that Washington transmitted information about the alleged intentions of Russia to 29 other NATO member countries.

This was done in the framework of bilateral and collective meetings with representatives of these states, as well as through diplomatic channels.

According to the sources of the publication, such a persuasion campaign was required due to the skepticism of the European allies to the US statements that the Russian side was preparing for "military aggression" against Ukraine.

The Financial Times singles out the German authorities among the skeptics.

“Many allies were not convinced that something meaningful was happening.

We were surprised by such a discrepancy (in intelligence. -

), how and why the US sees what we do not see, "the newspaper quotes one of the unnamed European functionaries familiar with the situation.

However, in the end, Washington managed to overcome this skepticism, and many European allies leaned towards the version set forth by the United States, after the summit of NATO foreign ministers in Riga, which took place on December 1-2, the source added.

Another European official said that now the US and the EU have a common position on the "price" that Russia must pay in case of any action against Ukraine.

"Some European countries, which did not see such intentions in Putin's actions, have now changed their minds," the Financial Times interlocutor emphasized.

The aggressive rhetoric of Western countries against Moscow was commented on by the press secretary of the President of Russia Dmitry Peskov in an interview with RT.

He called the reports of an allegedly impending attack on Ukraine a duck.

“Indeed, the rhetoric sounds very aggressive from the American side and from the European capitals towards us.

We see numerous ducks thrown about the allegedly planned Russian aggression against Ukraine.

At the same time, we do not hear a single word addressed to Ukraine, not a single warning addressed to Kiev, so that they would not even think of starting a military settlement of the situation in the southeast, ”Peskov said.

The publication of the Financial Times was commented on in the European Union.

So the press secretary of the European Commission Peter Stano called the material of the publication speculative, while noting that the EU is closely following the situation in Ukraine.

"Despite the fact that we do not comment on various speculations in the media when it comes to the issue of building up Russian military power around Ukraine, we take it very seriously, and in the past few weeks we have already stated that we have and receive very disturbing information." , - quotes his words RBC.

Recall that Western media began to force the topic of the allegedly planned Russian invasion of Ukraine from the beginning of November.

So, the Bloomberg agency reported on the 11th that the United States had warned its allies in Europe about the imminent "invasion" of Russian troops into Ukraine.

In its material, the agency referred to anonymous sources and noted that this forecast was confirmed by some "publicly available evidence."

On November 20, the CBS News television channel reported (also citing sources and US intelligence data) that the Russian Federation allegedly plans to attack Ukraine with the onset of cold weather, which Washington had warned its European allies about.

It was argued that "the invasion is dependent on weather conditions, but if the West does not intervene, it could happen within a few weeks."

The next day, the military-political publication The Military Times, with reference to the head of the Main Intelligence Directorate of the Ministry of Defense of Ukraine, Kirill Budanov, reported that the Russian Federation allegedly plans to invade the territory of the republic in late January - early February 2022.

And Bloomberg even reported that American intelligence allegedly has plans for an attack in early 2022.

Finally, on December 4, the German newspaper Bild published the scheme of the "impending attack" of the Russian Federation on Ukraine and announced its date - the end of January - the beginning of February 2022.

Russia has repeatedly stated that the assertions of the Western media on this score are groundless and the Russian Federation is not going to attack Ukraine.

Thus, President Vladimir Putin recalled at the end of November that similar forecasts based on the movements of Russian troops had been made before.

“They talked about the possible introduction of Russian troops into Ukraine at the beginning of the year - we conducted the Zapad-2021 exercises, but, as we see, this did not happen,” Putin said on November 30 at the plenary session of the Russia Calling! Investment forum.

In this context, the President of Russia called on all parties to improve relations.

“The point is not to send troops there - not to enter, to fight - not to fight, but the point is to establish relations to create more equitable sustainable development and take into account the security interests of all participants in international activities,” Putin stressed.

However, the United States continues to develop this topic and even declares some consequences that await Russia in the event of the implementation of its alleged plans to invade Ukraine.

Recently, the State Department circulated a transcript of an interview with the head of the American Foreign Ministry Anthony Blinken on Swedish television, where he voiced this position.

“The consequences will be dire.

It’s not in anyone’s interest.

Therefore, we decided that it is important to make it clear to Russia what consequences await it in the event of aggressive actions against Ukraine.

I hope that President Putin will take this into account and the country will choose a different path, ”said the Secretary of State.

Blinken explained that the American side is considering economic measures as possible steps, as well as some other actions that the US had refrained from earlier.

At the same time, he evaded a direct answer to the question of whether the declared consequences will include military action.

“I will not describe these consequences in detail.

But it is important that Russia understands that they will be serious;

they'll hit hard, and it's just not in her best interest.

Also note again that none of us wants this.

But we are committed to the territorial integrity, sovereignty and independence of Ukraine, ”Blinken said.

Let us remind you that at the end of November, the head of the Russian Foreign Intelligence Service, Sergei Naryshkin, said: “Everything that is happening now around this topic is a malicious propaganda action by the US State Department.

The State Department is pumping these fakes, this lie, and its allies, and the heads of the media and political science centers in the United States so that they multiply, multiply and multiply this lie.

And they inflated a pretty big bubble around it. "

In a conversation with RT, HSE professor Dmitry Evstafiev noted that the latest publication of the Financial Times confirms the words of the head of the SVR about the sources and beneficiaries of this campaign in the media.

“Washington, knowingly knowing that it is using fictitious data, is acting provocatively not only in relation to Russia, but also to its own allies,” the political scientist said.

Evstafiev recalled that the American media continued to spread provocative statements even after their initial fakes were exposed, including by the Russian side.

The political scientist added that this campaign is aimed at advancing NATO infrastructure close to the borders of Russia.

"The United States, due to the military-political tension around Ukraine, is going in a rather tough form, to carry out a new division of Europe near the borders of Russia," Yevstafiev believes.

According to Andrey Sidorov, head of the Department of International Organizations and World Political Processes at the Faculty of World Politics at Moscow State University, with the help of this media campaign, the United States is trying to build a kind of containment perimeter around the Russian Federation, as it was during the Cold War.

Thus, the United States is now defending its unipolar world order, which took shape after the collapse of the USSR, ”the expert concluded.