The company responsible for establishing a future social network for former US President Donald Trump, and the company that will merge with it to list on the stock exchange, announced that a group of investment institutions pledged to contribute to the project. 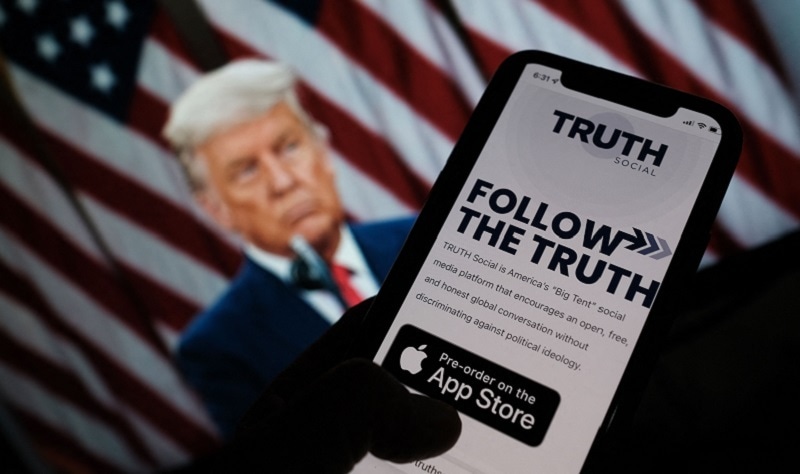 The company responsible for building a future social network for former US President Donald Trump and the company that will merge with it to list on the stock exchange announced yesterday that a group of investment institutions pledged to contribute to the project with a billion dollars.

This amount is in addition to the $293 million raised by Digital World Acquisition Corp when it went public on Wall Street last September, according to a statement.

The statement added that after deducting transaction fees, the Trump Group for Media and Technology will raise $1.25 billion to fund the launch of the former president's social network.

The two companies did not mention the identity of the investment institutions that pledged the funds.

Trump announced at the end of last October that the company that would build his future social network would merge with Digital World Acquisition Corp., the plumber's acquisition company.

This modern financial instrument is like a "blank check" that raises money in the stock market by committing to merging in the following months with a promising company, thus allowing it to enter Wall Street without going the traditional path.

The former president had presented the futuristic platform called "TRUTH Social" as an alternative to the platforms "Facebook", "Twitter" and "YouTube", which had banned his accounts for inciting his supporters to violence before the attack On Capitol Hill on January 6th.

The application is currently available for pre-order on the Apple Store, and is supposed to be launched in the first quarter of 2022.

Driven by the interest of individual investors, after announcing its merger with Trump Corporation, Plumber's share price rose from about $10 to $175 at its peak in two days.

But the price fell and closed at $45 on Friday, giving the company a valuation of $1.67 billion.