Trans Musicales: with Voice of Baceprot, metallers in hijab are in the place

From their small Indonesian village to the Trans Musicales in Rennes, France, the female trio of Voice of Baceprot (VoB) has crossed several spaces and times. The hijab proudly worn on stage, she ... 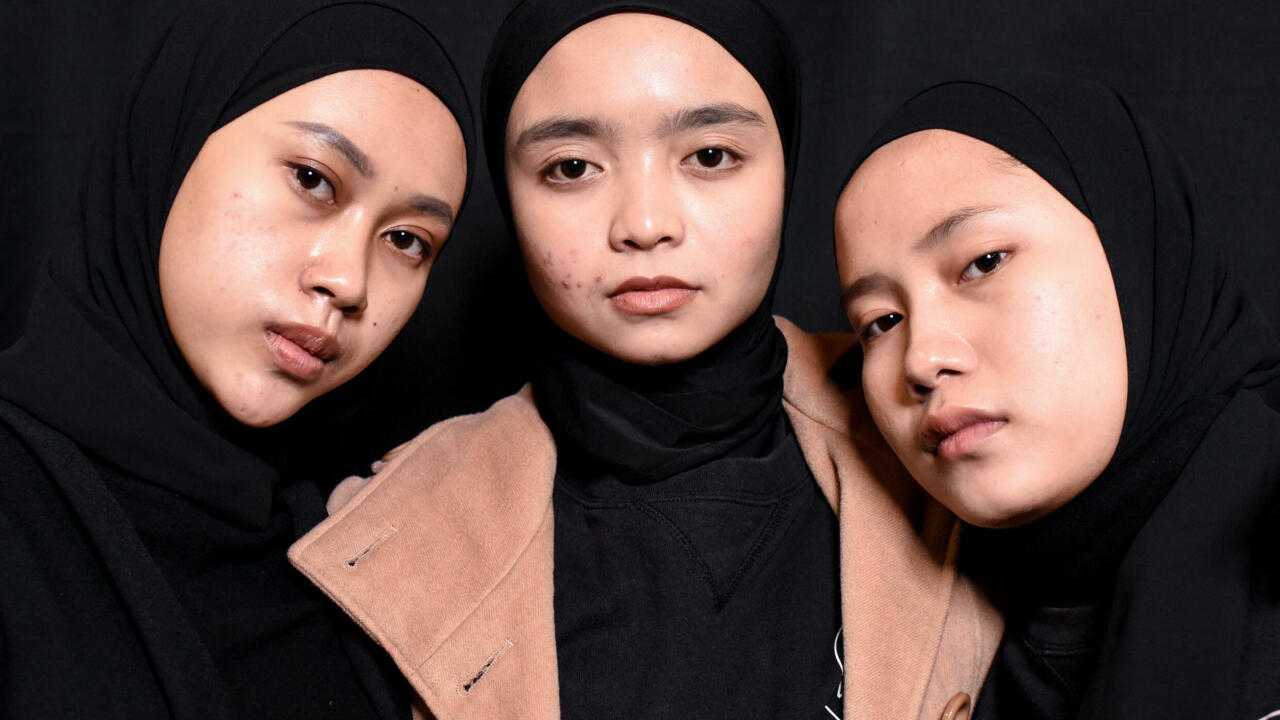 A village of a hundred inhabitants two hours away from the first large city in West Java.

Schooling in a traditional Koranic school.

Parents who are workers or peasants who do not listen to music, except folk music ...

This is the universe of Marsya, Siti and Widi, primary school friends, before their meeting with Abah, a guidance counselor, who instilled in them the music virus by inviting them to play in a musical.

Guitarist and metal fan, Abah introduced them to his explosive universe, encouraging them to start their group in 2014. Their orientation is now clearly defined: metalworkers in the four corners of the planet ...

Saturday at the Trans Musicales, the trio of 20 and 21 years old surprised more than one festival-goer.

Dressed in long black raincoats, black boots, rabid, "noisy", meaning "Baceprot" in Sundanese, they were visibly delighted to have transported the audience with their personal repertoire and covers of Metallica and Rage Against The Machine (RATM) .

"This is our first tour in Europe and for us it is a dream come true", confides to AFP Marsya, singer and guitarist.

Their watchword: "Do not be afraid of your dreams, dream big".

After trying to dissuade them from getting into music for the benefit of a life that begins with a village marriage, their parents are now proud of their offspring.

"They support us 100% especially since now we can help them financially", laughs Marsya.

Far from being a niche in Indonesia, metal is extremely popular there.

Even President Joko Widodo loves it.

Over the years, the three enthusiasts have perfected their technique, despite the lack of basic musical training.

"At first they were obsessed with playing fast, as fast as possible," says their Indonesian producer Stephan Santoso.

"Today they are more mature and manage to play a very technical metal".

Fans of Slipknot, System of a Down and Lamb of God, the VoB are in the process of "going up", assures Mr. Santoso.

With a large community of fans on social networks, they also received congratulations from Tom Morello, guitarist of RATM, for their covers.

"They are at the crossroads of thrash metal, groove metal and funk metal. In this rather closed universe, they have managed to develop a genre of their own, with a rather pop approach", analyzes Thomas Lagarrigue, editorial manager of Trans.

Their texts, often sung in English, are exclusively engaged.

"School revolution" tells of a gagged educational universe, where students have no free will and where learning comes down to "by heart".

In a country where air pollution is exploding, the trio have also taken up environmental issues.

Their latest single, "God allow me please to play music" challenges censors of Islam in the world's largest Muslim country, asking them why music is against religion.

"We advocate tolerance towards all types of people, religions", pleads Marsya, who also claims to "awaken the consciences of women" and denounces "the patriarchal system which oppresses them".

Their success in their country, however, earned them to receive threats on social networks.

"It makes us stronger", responds in an interview with the "girl band", who claims to pursue their artistic path in the very masculine world of metal and also hates questions about the veil.

"We are not at the + fashion week +", ton Marsya in concert in front of her audience.

"We chose to wear the veil on stage because we feel good with it, it's a sign of beauty and peace".

In Indonesia, their voice is starting to carry.

"The people who listen to us feel their wings grow, they tell themselves that they can also push back the walls, even if they come from a small village", assures Siti.