Russian-Ukrainian tension .. Kiev is moving diplomatically, and Washington renews its commitment to defending it

Ukrainian officials continue their movements and meetings with the aim of discussing tension with Russia on the eastern side of the country, especially in light of talk of Russian crowds and forces gathering near the border between the two countries. 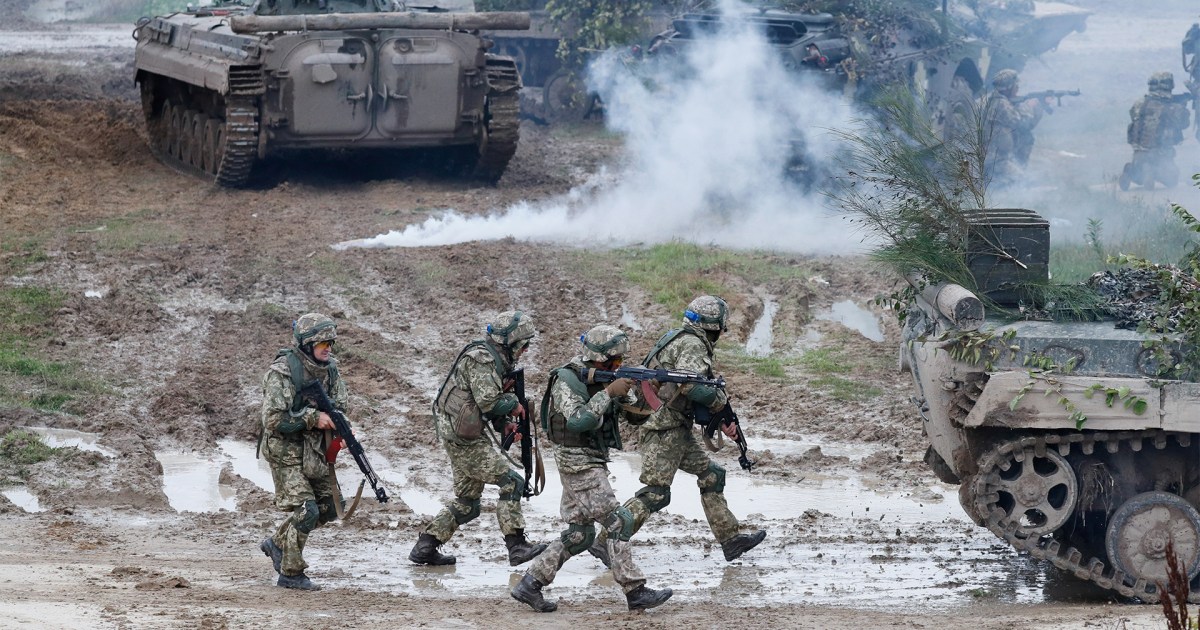 Ukrainian officials continue their movements and meetings with the aim of discussing tension with Russia on the eastern side of the country, especially in light of talk of Russian crowds and forces gathering near the border between the two countries.

The Ukrainian Interior Ministry said that Minister Denis Monastirsky, during his meeting with the US ambassador to Ukraine, Christina Kvin, stressed the issue of strengthening security on Ukraine's borders, describing it as an urgent issue that needs more attention.

For her part, Kevin said her country is ready to continue supporting the Ukrainian Interior Ministry in the event of an escalation along the country's borders.

In a related context, the head of the Ukrainian Presidential Office discussed with the ambassadors of the Group of Seven and the European Union the security situation on the eastern borders of Ukraine, and the peace process in the Donbass region.

In Washington, US Defense Secretary Lloyd Austin renewed his country's commitment to help Ukraine defend its territory, in the event of a Russian invasion.

The US secretary also expressed his concern about Russia's build-up of its forces and military equipment on the border with Ukraine.

"We're still focused on this, Russia has invaded Ukraine before, the number of troops in the border area and the information we're getting is worrying," Austin said.

"We are committed to helping Ukraine defend its territorial integrity. President Biden spoke about this yesterday... We are concerned about this issue and we will remain focused on it," he added.

US Presidents Joe Biden and Russia's Vladimir Putin will hold a video meeting on Tuesday, in which US Presidential spokeswoman Jen Psaki said, "President Biden will stress US concerns regarding Russian military activities at the border with Ukraine and reaffirm US support for Ukraine's sovereignty and territorial integrity."

Kremlin spokesman Dmitry Peskov had announced that the talks would be held via video link on Tuesday evening, Moscow time, and that "the two presidents will determine how long they will last," according to Russian news agencies.

Amid the escalating tension, the Russian authorities reported Sunday that a Russian passenger plane had been forced to change course to avoid a NATO spy plane that was crossing its scheduled flight over the Black Sea.

On Saturday, the Russian Federal Air Transport Authority announced, according to the Russian "Interfax" news agency, that the spy plane "rapidly decreased" and crossed the scheduled course of the Airbus plane belonging to the "Aeroflot" company, which was heading from Tel Aviv to Moscow, with 142 on board. person.

"The direction and altitude of the commercial aircraft were immediately adjusted," the agency said, adding that the crew of the spy plane did not respond to messages from air traffic controllers.