Rennes bounced off the stomachs of Stéphanois (5-0) to take second place in Ligue 1, Sunday during a 17th day when Monaco returned to 7th place after having corrected another relegation, ... 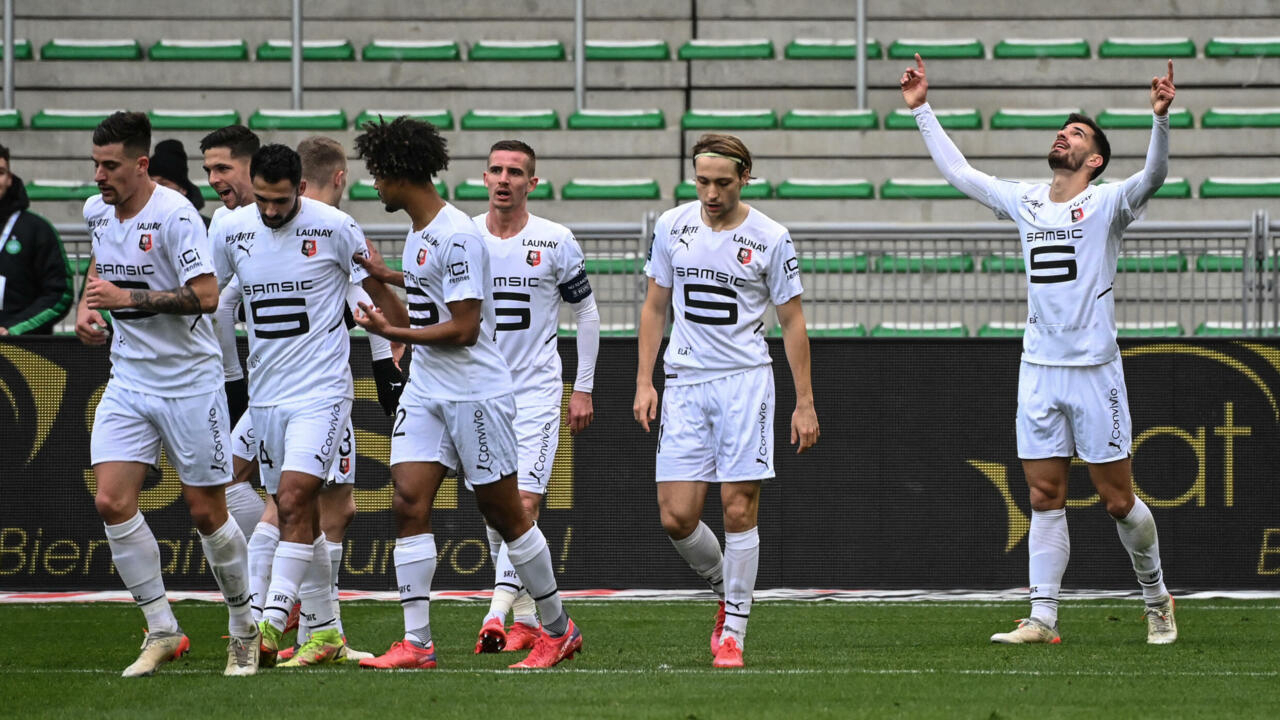 The Rennais are back, and the ghosts of Geoffroy-Guichard again.

In the 1 p.m. match, the Bretons plunged the Greens back into doubts and in last place, thanks to a stunning Terrier hat-trick, including a delicious heel and a skylight.

Stade Rennais bounced back immediately after their midweek home defeat against Lille (2-1) and resumed their conquering march, however, a good distance from Paris SG, leader with eleven lengths in advance after their draw in Lens ( 1-1), Saturday.

After a resumption of two successes in early November, ASSE hits rock bottom with this third defeat in a row.

In a stadium with closed kops, sanctioning the behavior of some of its supporters, Claude Puel's men ended up under the "Olé!"

cruel of their public on the opposing passes.

The coach of Saint-Etienne, Claude Puel, during the home defeat of his team, beaten 5-0 by Rennes, on December 5, 2021 at the Stade Geoffroy-Guichard OLIVIER CHASSIGNOLE AFP

Height of misfortune, Yvann Maçon scored a gag goal against his camp, with a double pinball on goalkeeper Étienne Green and himself.

Saint-Étienne remains last, and Metz penultimate, dominated by Monaco, which goes back to 7th place, with goals from Sofiane Diop, Kevin Volland (on penalty), Gelson Martins and Wissem Ben Yedder.

The Portuguese midfielder of Monaco, Gelson Martins (2nd g), congratulated by his teammates, after scoring the 3rd goal at home against Metz, during the 17th day of Ligue 1, December 5, 2021 at the Stade Louis-II Valery HACHE AFP

Angers (2-1 in Reims) and Montpellier (1-0 against Clermont) follow Monaco to one point.

Lyon are still very far from the podium and must already win in Bordeaux for the last match between two institutions on the verge of the crisis.

Beaten at home by Reims on Wednesday (2-1), OL owe revenge to their coach Peter Bosz, who can not impose his style.

But Vladimir Petkovic's Girondins are in even worse shape.

The worst defense of L1 with Saint-Étienne (37 goals conceded) has taken only one point since the end of October and is relegated.