The classic way to insure yourself against being left in the woods with soup cod is a spare can. But an electric car needs a powerbank. SVT has met Peder Strand in Älvsbyn who manufactures battery packs - with the help of scrapped electric car batteries. 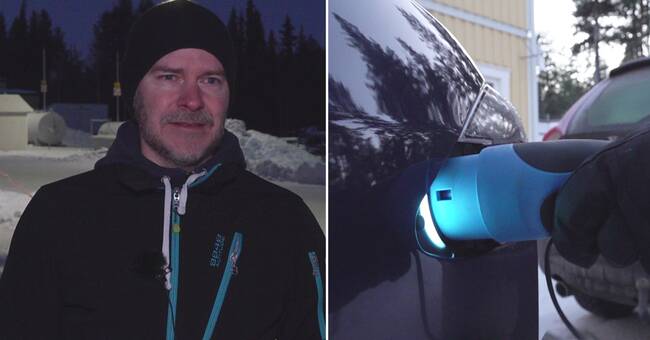 Norrbotten's car assembly in Storsund had an electric car battery that was donated to the test.

And Peder Strand was commissioned to see what he could do to convert it into a larger powerbank model.

And it worked, of course.

Demo at the car test facility

The power bank was shown at the Arctic Falls car test facility.

The project TRE-m, in collaboration with the car test industry and LTU, wants to point out opportunities for sustainable conversion and highlight the technical competence that exists in the county.

- The focus is on the future test needs and development of the test industry in the region, says Robert Granström at SPGA, who is the coordinator for the project.

This is one of a total of 18 demonstrations to be shown and most partners participated in the video link.

- It is extremely exciting that we have already found an application for used batteries, says Zara Forsman, CEO of Norrbotten's car assembly.

She also says that there are thoughts about how the concept can be further developed.

- We may even be able to let our facility host a long-term test.

And it is precisely the car test facilities that will also host the upcoming screenings.

In the video, you can see when battery pack builder Peder Strand shows his construction at the car test facility.