The world's 100 largest arms companies increased their sales during the first year of the pandemic. At the same time, the world economy shrank, according to a new report from Stockholm's international peace research institute, Sipri. 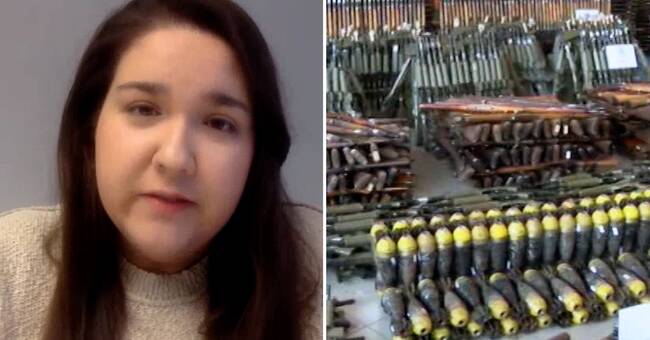 The arms companies are the winners of the pandemic.

For the sixth year in a row, the 100 largest increased their sales.

The increase of 1.3 percent in 2020, compared with the year before, may seem modest, but the increase should be put in perspective for the world economy, which shrank by 3.1 percent during the same period, according to Sipri's new report on Monday.

She emphasizes that the pandemic has been crucial for the development of the arms industry.

- There were countries that de facto actively supported their arms industries during the first years of the crisis, e.g.

by speeding up payments or by derogating from the rules of staying at home.

The list is based on the country where the companies are headquartered.

Of the 100 largest arms companies, for sale, 41 are American.

Their sales correspond to more than half (54 percent) of the listed companies' total sales.

The sales of the 100 companies are estimated at 531 billion dollars by 2020, which corresponds to just over four Swedish state budgets.

- Since 2018, the top five companies on our ranking list have all been based in the United States.

Lockheed Martin, which is an American company, has actually been at the top of our list since 2009, says Alexandra Marksteiner.

Military parade in Tiananmen Square in China's skin city of Beijing as the country celebrated 70 years after the takeover of the communist regime.

China is growing and Russia is losing

They will continue to grow for a long time to come as China plans to continue to equip heavily, Sipri estimates.

- We know that the Chinese arms industry is heavily dependent on domestic procurement.

At the same time, it can be difficult to make accurate calculations because countries are differently open when it comes to arms sales.

In addition, in some countries the value can sometimes be difficult to calculate in dollars.

- We can relatively safely say that the total arms sales from Russia's largest arms company decreased significantly in 2020, Marksteiner says.

An important explanation is that large and important Russian weapons programs could be ticked off as completed by 2020. In addition, the country's exports of weapons have decreased.

But Russia continues to be the world's second largest arms exporter.