The far-right polemicist speaks for the first time since he formalized his candidacy. Some hundreds of people demonstrate in Paris to contest his candidacy, on the call of about fifty trade unions, parties and associations 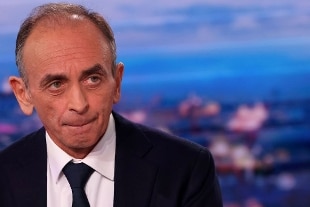 Searches and repeated checks on all participants in the rally by Eric Zemmour, the far-right polemicist who today speaks for the first time since he formalized his candidacy for the Elysée. The Villepinte hall, in the Parisian suburb, has a capacity of 15,000 spectators; all had to be accredited, not only the numerous journalists but also the supporters of Zemmour. To be able to access, tell the journalists who are on the spot, it is necessary to undergo several searches and police checks.

Meanwhile, a few hundred people gathered in Paris to challenge Zemmour's candidacy, at the request of about fifty trade unions, parties and associations. BfmTv reports it. With their fists raised and shouting "Zemmour Paris is not yours", the demonstrators have gathered in the Barbès neighborhood and are heading to the Parc de la Villette, where the former journalist was originally supposed to hold his first big public meeting. then moved to the Villepinte exhibition center, on the outskirts of the city. "Zemmour has fled Paris," said Simon Duteil, spokesman for the Solidaires union, "it is important to show that we do not let fascism advance".

About thirty anti-fascist activists, who were in an area prohibited for demonstrations, in Villepinte, were identified and taken to the police station, BfmTv reports.

Jacline Mouraud, former leader of the yellow vests, who announced his candidacy in the presidential elections, has given his support to the far-right candidate and participates in the electoral rally.

"France is" in danger "and" we must defend it, "wrote the 54-year-old Breton on Facebook