Bob Dole will go down in history for many reasons. The most obvious, because he tried unsuccessfully to take the White House from Bill Clinton in 1996. Also, because he was a candidate for ... 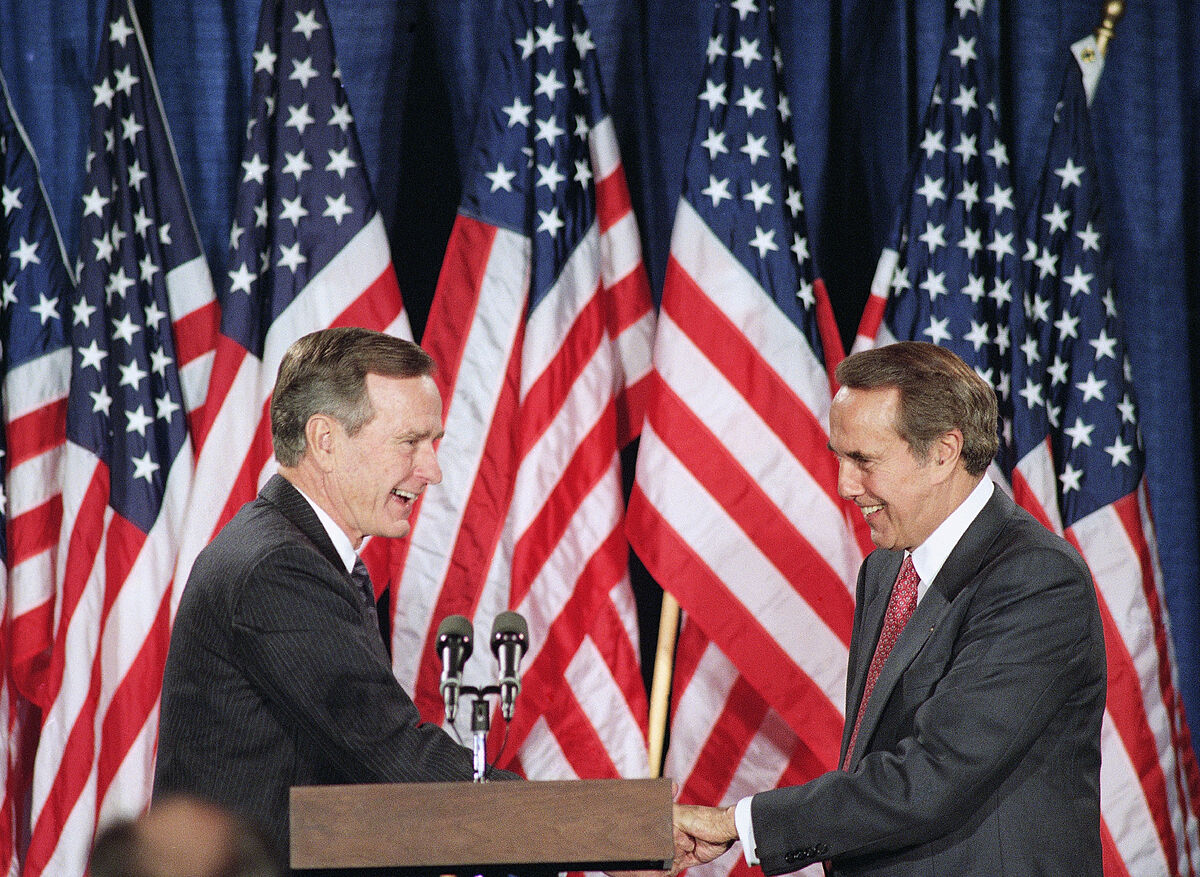 Bob Dole will go down in history for many reasons.

The most obvious, because he tried unsuccessfully to take the White House from Bill Clinton in 1996. Also, because he ran for vice president, again without success, in 1976, when Jimmy Carter defeated Gerald Ford.

And, of course, for his 27 years as a senator and 8 as a member of the House of Representatives.

But there are more elements to Dole's life. He was a war hero, half of one of the first "power couples" ("power couples", which is how

marriages in which the two members have high positions

are known in Washington

), and a very angry politician , but also very sincere. So sincere that in 1988, in a televised presidential debate, he told his rival, the always aristocratic and distant George Bush 'father': "Stop lying about my record," in reference to your activity in the Senate. In private it was harder. That was also known to George Bush when, in 1980, after another presidential debate, Dole told him, away from the cameras: "

I'm going to go after you, you fucking Nazi!

" It was nothing ideological, rather, personal.

With Dole, ideology and personality

mingled in a cocktail stirred by a colorful personality

. For example, he served, well into his seventies, as a volunteer "guinea pig" in medical tests of that elixir of eternal youth that is Viagra. Genius and figure, a kind of Manuel Fraga de la Pradera (because of his sincerity and bad temper, not because of his intellectual training),

. In fact, he was the only former Republican candidate to endorse Donald Trump in 2016, and also the only one to put him back and a half ("it's a scam") as soon as he got to the White House. If he hadn't been such a bad speaker, Bob Dole probably would have deserved a longer obituary.

Dole has died at the age of 98 from cancer

, but he should have died 76 years ago, when a German howitzer near Bologna, in Italy, damaged his spine.

The US Army medics assumed that, if he was lucky, he would be tetraplegic.

A few days later, an infection made that prognosis overly optimistic.

But contrary to expectations, Dole not only survived, but the most visible aftermath of his war odyssey was a permanent paralysis of his right arm which, in turn,

was the subject of countless

during his failed assault. to The White House.