The Ethiopian war.. Intermittent battles in the Amhara region and the federal army: We kept the danger away from Addis Ababa

Intermittent battles are taking place today, Saturday, around the cities of Bate and Waldia in the Amhara region, near the border with the Ethiopian Afar region, while the federal army confirmed that it inflicted defeats on the Tigray Liberation Front and removed the threat from the capital. 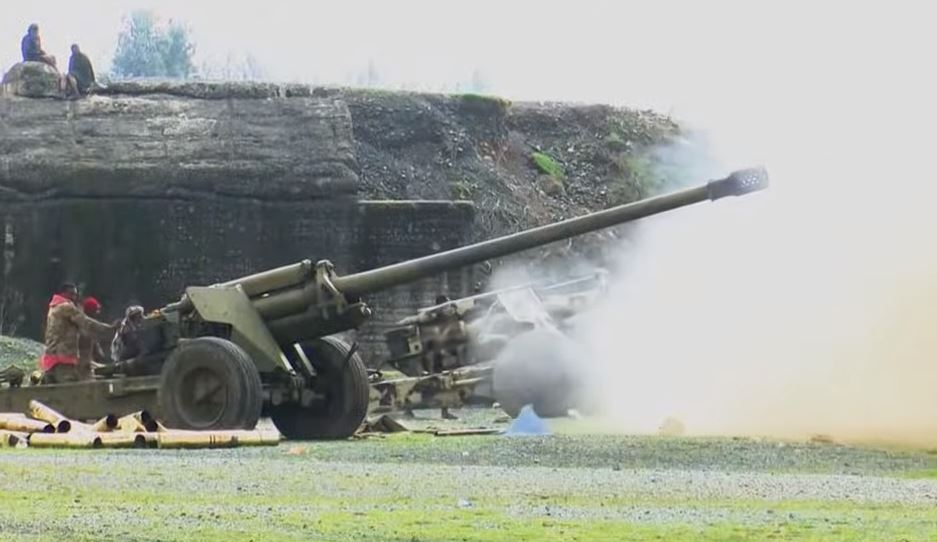 Al-Jazeera correspondent said that sporadic battles are taking place today, Saturday, around the cities of Bate and Waldia in the Amhara region, near the border with the Ethiopian Afar region, while the federal army confirmed that it inflicted defeats on the Tigray Liberation Front and removed the threat from the capital, Addis Ababa, and strategic roads.

The correspondent in Afar reported that the Ethiopian army and the Afar special forces are trying to encircle the towns of Baty and Waldia in Amhara, which are under the control of the Tigray Liberation Front.

By encircling the two towns, it seeks to advance towards the cities of Kombolcha and Disih in the Wolu Governorate in Amhara.

And the Government Communications Office in Ethiopia announced yesterday, Friday, that the Ethiopian army took control of 4 new towns in the Amhara region.

He stressed that the Ethiopian army forces are continuing their military progress towards the depth of the region, and the statement indicated that the government forces have completely taken control of the towns: Meda, Shafa, Harbona, and Makwe, "and the remaining pockets are currently being combed."

The Ethiopian TV statement confirmed that the government forces are now stationed in the center of the Amhara region.

Military confrontations continue on a number of fronts in the governorates of Amhara region between government forces and the Tigray Front militants, resulting in the disruption of the Samra city airport, while local officials in the region demanded a halt to the war and a move to negotiations.

Ethiopian Prime Minister Abiy Ahmed called on the Tigray Liberation Front to surrender, considering that its only option after the military defeat it had suffered, as he put it.

In a new video clip broadcast by state television, Abi Ahmed vowed to repeat what he described as the victories achieved in the east and west of the country.

He said, "The victories that occurred in the east and west of the country will be repeated in other regions; the army's morale is very high, and more towns that were occupied by the invading terrorists will be liberated...the enemy has been defeated and dispersed...the only option left for them is to surrender. We call on the citizens of the liberated areas to Accelerate the formation of administrations. Let us hand over a sovereign state to future generations."

In the first official comment, the Tigray Front described its withdrawal from those areas as tactical aimed at carrying out decisive strategic attacks, and said that the battle was about to end, and that no one could push its fighters back.

Earlier, Al Jazeera was able to obtain pictures from the fighting fronts in northern Ethiopia, after months of conflict between the Ethiopian government and the Tigray Liberation Front fighters.

These images, taken two days ago, show Tigray fighters streaming through the mountain range between Amhara and Tigray regions, and withdrawing towards the far north after battles with government forces on the borders of Amhara region.

Other photos also document scenes from the Tigrayan armed men's arrest of hundreds of government and anti-government forces, early this month, in the city of Kombolcha, Amhara state, and document scenes of a camp for Tigrayan forces that re-positioned in the past few days in Amhara region.

No media outlet was able to reach the areas of confrontation and transmit the image from there, due to the interruption of communications and the intensification of battles between hit and run.

On the humanitarian side, Martin Griffiths, the UN Assistant Secretary-General for Humanitarian Affairs, warned that the development of the conflict in Ethiopia into sectarian violence could lead to displacement reminiscent of the scenes of chaos at Kabul airport last August.

Griffiths said - in an interview with Agence France-Presse - that the worst is the arrival of the battles to Addis Ababa, which may lead to an increase in sectarian violence throughout the country.

On Friday, the United Nations and the African Union called for an urgent ceasefire in Ethiopia and a comprehensive national dialogue to maintain peace in the country.

This came in a joint statement of the Secretary-General of the United Nations, Antonio Guterres, and the Chairperson of the African Union Commission, Moussa Faki.

The statement called for "an urgent cease-fire in Ethiopia, ensuring safe and unhindered humanitarian access to civilians, and protecting human rights."

The statement also stressed "the importance of conducting a comprehensive and genuine national dialogue to maintain peace, stability, democracy, good governance and reconciliation in Ethiopia."

The roots of the Ethiopian conflict

These reforms included the removal of leaders in the army and intelligence from the Tigray region, and the appointment of leaders from the Amhara and Oromo nationalities in their place.

The crisis deepened after the postponement of the elections, which were scheduled for August 2020, due to the Corona pandemic, which plunged the country into a constitutional dispute.

The dispute between Addis Ababa and the Tigray Liberation Front intensified, and turned into an armed conflict since November 2020, following which the Ethiopian army intervened in the region and the central government organized new elections to form a new local government.

And last June, the Tigray Liberation Front regained control of the region and its capital, Mekele, and the city witnessed celebrations for its supporters, while the government announced a ceasefire, but the situation has not known stability since then.