Presidential: Valérie Pécresse will be the LR candidate

Paris (AFP) - "For the first time in its history, our political family will have a woman in the presidential election", welcomed Valérie Pécresse, promising to "give everything" to "make our convictions triumph". Eric Ciotti immediately lined up "behind Valérie Pécresse who will bring our hopes" and announced that he would receive her on Monday in his village of Saint-Martin-Vésubie, for a first joint trip. " 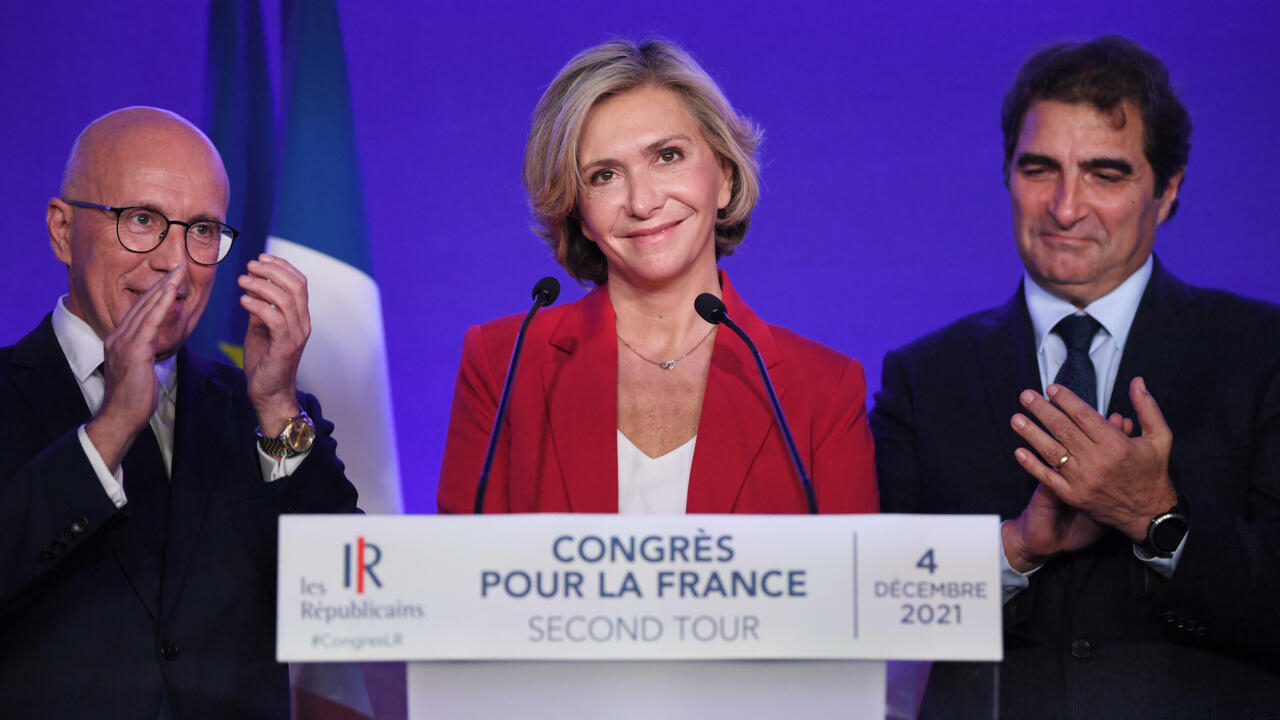 "For the first time in its history, our political family will have a woman in the presidential election", welcomed Valérie Pécresse, promising to "give everything" to "make our convictions triumph".

Eric Ciotti immediately lined up "behind Valérie Pécresse who will bring our hopes" and announced that he would receive her on Monday in his village of Saint-Martin-Vésubie, for a first joint trip.

"We are all united behind her to turn the page on Emmanuel Macron's five-year term," assured Xavier Bertrand.

Sign of this unity, the three candidates eliminated in the first round (Xavier Bertrand, Michel Barnier and Philippe Juvin) were present at LR headquarters.

Carrier of a line of "order" on security and liberal on the economy, Valérie Pécresse, former Minister of the Budget, has repeatedly prided herself on being "at the barycenter" of the right and therefore capable of bringing it together .

Presidential 2022: the second round of the Congress of Republicans Kenan AUGEARD AFP

"I will carry a project of frank rupture, I have the courage to say and the will to do, I will not have the hand which trembles in front of the adversaries of the Republic", she launched Saturday, by promising to "straighten out France's finances".

But "we will only win by turning our backs on prudence, a source of immobility," warned Eric Ciotti.

Because "if our family does not assume its right-wing values, it will not be able to bring back to it those who left either to Eric Zemmour and Marine Le Pen, or to Emmanuel Macron", he warned before the announcement results.

"Valérie will give the image of a really right-wing candidate but also a woman, modern, that will be an asset", praised the boss of senators LR Bruno Retaillleau, while the number 2 of the party Aurélien Pradié estimated that " now the challenge is to talk to the French ".

On the RN side, candidate Marine Le Pen felt that Valérie Pécresse was "the most macronist" of LR contenders and called on LR voters "disappointed" by this choice to join her.

Eric Zemmour also sent an open letter to Mr. Ciotti and his supporters: "I am expecting you, tomorrow, soon", he told them on the eve of his first major campaign meeting.

"The dividers have never been the saviors of France," Ms. Pécresse replied on Saturday evening, interviewed on TF1.

In contrast, the candidate of the Greens Yannick Jadot described her as a "homophobic and anti-immigrant candidate, who wants to dismantle public services".

"My Dalton had the last word as usual", for his part ironized the LFI candidate Jean-Luc Mélenchon, addressing his "congratulations to Valérie Pécresse".

In front of the LR headquarters where about twenty members had gathered, Carole, 65, praised a "hyper dynamic, competent" woman.

"It's the union that wins. It is able to bring our whole family together," said Regis Ngoma, 46.

Beaten in the second round in 2012, eliminated from the first in 2017 ... LR certainly posted good scores in the intermediate elections (municipal and regional in particular), but in 2022, either he reached the second round, or his future as a big party government-oriented will be compromised.

The Gaullist party remains for the moment behind in the polls, where Valérie Pécresse is credited with 10 to 11%, far behind Emmanuel Macron and the extreme right.

"This does not mean anything, because until now we did not have a single name to propose", relativized Bruno Retailleau.

But LR must also come out of the pincers, between the macronie which tries to attract part of the right-wing electorate, and the far right now represented by two candidates: Marine Le Pen and Éric Zemmour.

Valérie Pécresse will also have to deal with the acceleration of the coronavirus epidemic for her start of the campaign: her first meeting, scheduled for December 11, will not be held face-to-face as planned.