East-West Questions | Liu Bin: Why is Liangzhu Culture a empirical evidence of the five thousand years of Chinese civilization? 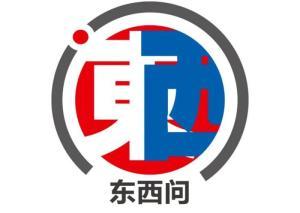 (Essential questions) Liu Bin: Why is the Liangzhu culture an empirical evidence of the five thousand years of Chinese civilization?

——Interview with Liu Bin, an archaeologist and important discoverer of the Liangzhu ancient city site

For a long time, some people in the international academic circles believed that Chinese civilization began in the Yin and Shang period about 3,500 years ago.

The successful application of the Liangzhu site means that the origin of Chinese civilization and the formation of the country 5,000 years ago have finally received "international certification."

How does Liangzhu confirm the five thousand years of Chinese civilization?

Liu Bin, a well-known Chinese archaeologist and an important discoverer of the ancient city of Liangzhu, said in an interview with China News Agency "Ask from East and West" that 5,000 years ago, there existed many civilizations with similar development levels on the land of China, which can be described as "starry sky." .

The reason why Liangzhu has become an empirical evidence of Chinese civilization for more than five thousand years is mainly because it is well preserved.

Judging from the scale of the unearthed tombs and the ancient city of Liangzhu, the gods and kings of Liangzhu are one unit, with obvious class distinctions, profound social mobilization capabilities and efficient organization and management capabilities, and they have the standard of civilization—the form of a country.

Reporter from China News Service: There is a saying that judging whether a society has entered the stage of civilization depends on whether it has bronzes, characters, and the birth of a city.

Is this an international standard?

This statement is a misunderstanding, and it is not an "international standard."

Before explaining this question, we must understand what civilization is.

"Civilization" in the archeological sense refers to the fact that human beings have escaped from barbarism and ignorance and have a nation.

International archaeology master and Cambridge University professor Colin Lunfuru also said that the criteria for judging civilization vary from place to place, and there is no stipulation that the three elements of bronze, writing and city must be included.

The state is the core of judging a civilization.

China’s archaeology started later than Western countries. 2021 is the 100th year since Chinese archaeology was born. Therefore, some experience and judgment standards are also summarized by the West on archaeological excavations in ancient Egypt, ancient West Asia, and the Indus Valley.

For example, ancient Egypt had hieroglyphs and cities, and people knew metal smelting technology; ancient West Asia was a city-state civilization with cuneiform writing, which was the birthplace of human bronze technology.

Some archaeologists naturally regard bronzes, characters, and cities as the criteria for human beings to enter a civilized society.

Previously in Western academic circles, they recognized that China entered the stage of civilization during the period from Shang Zhou to Yin Ruins, 3,600 to 3,500 years ago.

There are no bronzes in Liangzhu. Although primitive symbols have been found in the site, they cannot yet be identified as words. Therefore, there was a dispute over whether Liangzhu was "up to the standard", and the dust should have settled now.

At that time, what factors were used to determine that Liangzhu had entered the stage of civilization?

Then it has to prove that Liangzhu was a highly organized state as early as 5,000 years ago.

The first is the scale of Liangzhu Ancient City.

The ancient city of Liangzhu is a huge city with a four-fold structure of palace area, inner city, outer city and outer water conservancy system.

The water conservancy system outside Liangzhu is currently the earliest and largest known in the world, with an impact area of ​​about 100 square kilometers.

We calculated the amount of earthwork for the whole building, which is probably more than 10 million cubic meters.

If a person moves 1 cubic meter a day, more than 10 million workers are needed.

According to archaeological findings, the scale of this building was not slowly expanded in a few hundred years, but was formed in a short period of time through unified planning.

To complete this work, a large amount of manpower needs to be organized, and it must be allocated and dispatched, provided with logistical support including tools, food, and effective project quality monitoring.

Even today, it cannot be solved by the manpower of a county.

Behind it must be a country with profound social mobilization capabilities and efficient organization and management capabilities.

Archaeological experts from more than sixty countries have visited Liangzhu, and when they saw such a large ancient city, they all said: "If such a large site is not a country, what a country is."

In the southern part of the palace area of ​​Mojiao Mountain, there were two large areas of carbonized rice accumulation sites, which are estimated to contain nearly 200,000 kilograms of rice.

This is the granary in Liangzhu City, which was destroyed by fire at the time, and they were only the tip of the iceberg of Liangzhu’s grain reserves.

It is conceivable that the Liangzhu city was rich in food.

In addition to food reserves, a large number of archaeological discoveries show that Liangzhu is a class society.

Liangzhu produced a large number of exquisite jade, pottery and superb wooden buildings, which shows that the division of labor was very developed in the society at that time, and there were artisans who processed jade and stone tools.

In May 2021, tourists watch the production and life of people during the Liangzhu period in a multimedia display at the Liangzhu Ancient City Ruins Park.

Judging from the data of many tombs, Liangzhu’s social stratification is very obvious. From ordinary people to the most senior rulers, at least four or five levels can be distinguished.

The funerary objects of high-level tombs are mainly jade, because jade is rare.

We have yet to find out where the jade mines in Liangzhu are.

Rare jade is eventually concentrated in the hands of a few people, and the entire process of searching, producing and processing is actually a manifestation of the centralization of power.

In addition to funerals, jade has another function in Liangzhu: sacrifice.

We infer that a common god was born in the lower reaches of the Yangtze River about 5000 years ago.

The most famous thing in Liangzhu is Jade Cong, which is the carrier of idols.

Unity of faith is a sign of a highly developed society.

International archaeology master and Cambridge University professor Colin Lunfuru also said that after arriving in Liangzhu, he did not doubt that Liangzhu was a country and had entered the stage of civilization.

Therefore, for the evaluation of civilized standards, we have to summarize our own characteristics, and there is no need to apply them.

The signs of civilization in ancient Egypt and West Asia may be large cities, metals, cities, and characters; Chinese signs may be jade, hierarchical tombs, cities, etc.

The significance of Liangzhu's inscription is also to allow the West to understand that the evolution of Chinese civilization is synchronized with other civilizations such as Egypt.

In May 2020, tourists visit the jade cong with gods, humans and beasts in Hangzhou Liangzhu Museum.

China News Agency reporter: Since there is no specific standard, is there only one Liangzhu that can prove the five thousand years of Chinese civilization?

Chinese civilization was "starry sky" around 5000 years ago, but it is less well preserved.

What can be seen now is the Hongshan culture in Liaoning. It started five or six thousand years ago, earlier than Liangzhu. It is one of the earliest relics of the Chinese civilization. It is also buried with jade, but the current archaeological excavations are all The sacrificial site, there is no residential site; the Taosi site in Xiangfen County, Shanxi Province, is slightly later than Liangzhu; the Shimao ancient city in Yulin, Shaanxi, is built of stone about 4,300 years ago, and the scale is no less than that of the Egyptian pyramids. .

From an archaeological point of view, every cultural circle is of the same origin.

Liangzhu has now become the empirical evidence of the Chinese civilization history for more than five thousand years because of its integrity.

This is of great contingency.

Archaeological findings indicate that about 4100 years ago, during the flood control period of Dayu, a flood broke out in the Yangtze River basin and the Qiantang River flooded the entire Hangzhou Basin.

No one came to live here until the Warring States Period.

Due to the accumulation of sediment, the flood filled the low-lying area by one or two meters.

The site is an important part of the Liangzhu Ancient City site and an important altar tomb compound site in the early Liangzhu Culture. It has a history of 5,300 years.

China News Agency reporter: From an international perspective, what is the level of archaeological exploration in China?

Although Chinese archaeology started late, no matter the equipment, working environment, technical level, and research methods are not backward.

Before on-site exploration, we have used satellites, drones and other methods to determine where to drop the shovel.

The Liangzhu Site Archaeology and Conservation Center has also set up a number of scientific and technological laboratories to learn about the site from disciplines such as geology, water conservancy, remote sensing, animals, and plants.

Photo courtesy of Liu Bin, an archaeologist and important discoverer of the Liangzhu ancient city site